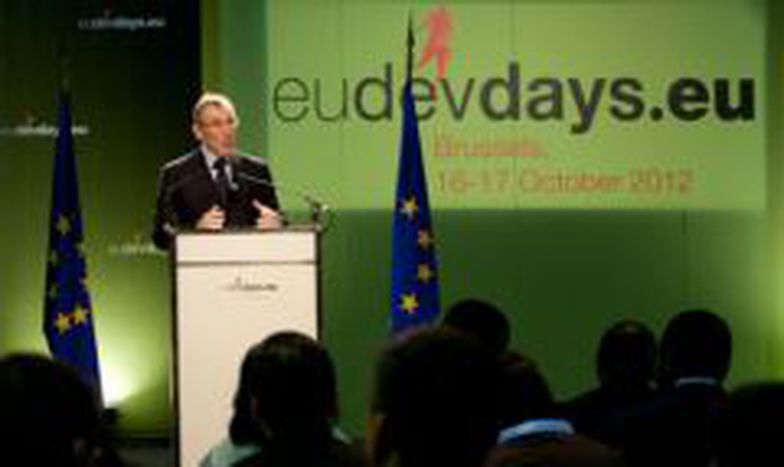 European development aid at a crossroads?

By Elena Fanetti On October 16th and 17th, Brussels hosted this year’s edition of the European Development Days. This event is organized by the European Commission and aims to promote dialogue between the European Union and its partners in the so-called "South". Policy-makers from the European Union were engaged in discussions over the future of EU development policy and aid.

The EU is the first development donor in the world but this financial aid is at risk of possible cuts in the new budget for 2014-2020.

The European Development Days (EDD) is a yearly event organized since 2006 by the European Commission. It is a forum where practitioners from the EU institutions and its Member States, parliamentarians, representatives of the civil society and academia, debate the main topics and global challenges of the development community. This year’s edition of the EDD focused on three main topics: food security, role of private sector and inclusive growth.

The European Union is the world’s biggest development contributor that provides more of half of the world aid, if we also take into account the bilateral aid provided by its Member States. Due to the financial and economic crisis, some of the Member States have decreased their Official Development Assistance (ODA). Therefore, they will not be able to meet the commitment to the UN target of spending 0.7% of Gross national income on aid. President Barroso reminded during the EDD that the European Commission is willing to maintain and even increase its aid in the next years, so to meet the 0.7% goal by 2015. Yet this risks to be an unsuccessful crusade. The EU funds are currently under pressure and other spending areas might be privileged in the Union’s budget for 2014-2020.

In the same week of the EDD, the new Eurobarometer revealed that 61% of Europeans are in favour of increasing aid to help people out of poverty, in spite of the crisis and the budget cuts. 55% think that fast growing emerging countries should no longer receive aid and most people (61%) believe aid should focus on fragile countries that have suffered conflict or natural crises.

Also, some experts insist that the crisis is having an impact on developing countries economically dependent of Europe, and this particularly in Africa. Cutting the aid would be the ‘coup de grace’ to the most disadvantage sections of the population of these countries.

The EU development community seems to think that engaging the private sector is the answer to surmount the financial constraint while continuing fostering development in some areas of the world, particularly in Africa. Representatives of this sector were invited to join the EDD and to tell their success stories. They participated, together with public actors, in discussions on how to build more effective and inclusive development models that can be beneficial to countries where traditional aid has not been able to give concrete results on the ground so far.

During the several panels of the EDD focusing on the role of private sector, concepts like growth, inclusive business models and job creation, particularly for the youth, were emphasized. However, not many answers were given on how to do this concretely. Maybe the European Union should first find its own way to (youth) job creation and growth, before thinking of exporting a model that is currently not there.