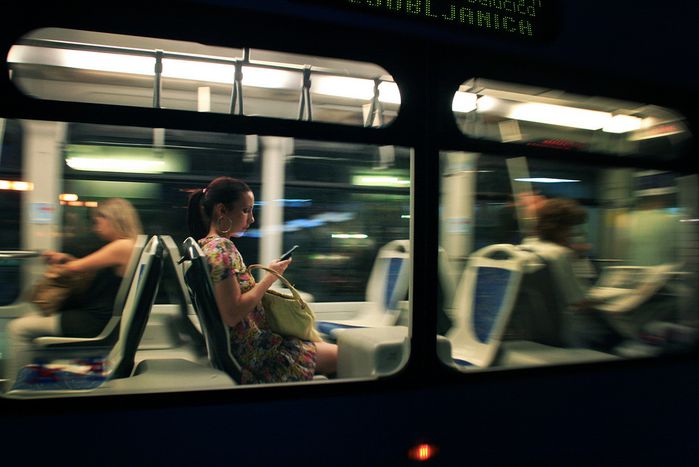 European citizenship saves me from a Polish train fine

A debate over European law over Polish law kicks off in Gdansk, bringing a chance meeting with a Chechnyan heading to Warsaw. Conversations in the east

I am on the verge of tears when the ticket controller finally decides not to fine me. A man in his late forties at the table next to me is on his fifth beer (I’m estimating), since the train leaves Gdansk for Warsaw at 9:25. He's looking at me less and less discreetly. I'm shouting, louder and louder. It must  be around noon.

‘I will NOT sign the fine. I'm a European citizen and I have the right to have a student discount. This is bloody discrimination. European law precludes Polish law when they are in conflict! Here, I have the EU treaty in front of me.’ 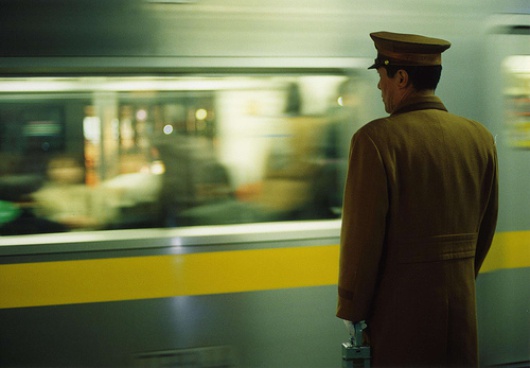 ‘I don't care,’ the controller says. He and his assistant accept neither my ISIC (international student identity) card, nor my university ID and Polish passport as legitimate proof that I am a student. These days, it seems three pieces of ID just don’t cut it. The controller’s assistant is already busy scribbling the fine.

I repeat yet again I won’t sign the fine and the controller threatens to call some security forces at the next stop. Even the waiter gets involved; we are sitting in the restaurant car. ‘Ma'am, just take the fine and then go complain when we arrive at the station. They will refund you and even give you a train ticket for free if you explain what happened.’ Yeah, right; when? Between two exams? At midnight? Like I have the time to go and wait five hours to speak with PKP (Polish Railways) customer service. And get told to bugger off. ‘Fine,’ I say. ‘But I want both of your names and I swear I am taking you to court. You'll hear from me again.’ ‘Ok, ok, no ticket. It's ok.’ They don't even say: ‘next time, make sure to have the right ID.’ It actually works; thank you, professor Biondi - the man who teaches my European law course at the College of Europe.

The waiter leans over: ‘The gentleman over there is from Chechnya. He says that if you have financial problems, he can help you out. If you're hungry, he'll buy you some food.’ I don't have any, I say. But I look at the man who I had heard speaking in Russian earlier, and who was probably on his sixth beer by now. Bolshoi spasiba. U mienia probliema niet. The Chechnyan man smiles, leaves his half-empty beer cup on the table and heads to the bar before leaving. The waiter brings me a platter full of chocolates, crisps and juice. I am so incredibly touched. I thank the waiter and ask him to thank the man.

If the European national transportation systems were more integrated, we'd actually all be happier

Re-enter the controller's assistant. He must be no older than 26.

‘I'm sorry I reacted so emotionally earlier. I didn't mean to be rude.’

‘I saw you are tired and stressed. We are not all mean controllers.’ (Exchange of formalities, banalities, etc.)

me:  'If the European national transportation systems were more integrated, we'd actually all be happier. The Deutsche Bahn are so much more organised. Imagine if all of Europe was harmonised like that. You'd have better working conditions.’

'The DB is a lot better than PKP."

'Don't forget to vote at the next European elections!’

The Chechnyan man brings me coffee as the assistant leaves. Hassan from Grozny talks quite a bit. It seems he is a writer. He has fresh bruises on his forehead and greasy hair, but clean pants and shoes and fingernails. He has no home. He is going to Warsaw, where he will sleep in a guesthouse. He shows me a video of armed men on his mobile phone. ‘She was shot…’ I tell him I am a journalist. He wants us to meet again, so he can tell me about the world. I am a little reluctant, but he isn't pushy, so I take his number. ‘If we meet, we'll drink tea. If you drink so much beer, I won't be able to meet with you.’ ‘OK, no vodka.’ ‘And no beer.’ We both smile. He is tired now, but when he rests, he’ll write everything. He'll tell me about the world, about peace. We part at the train station, his eyes gleaming from the alcohol. Maybe I will see Hassan again. I hope he sees peace back home first.