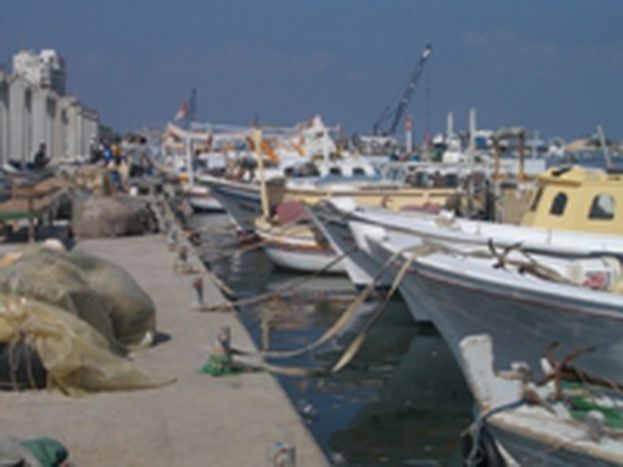 A human being weighing 70 kilos needs to drink 2,1 litres of water per day. Yet only 1% of the water available on earth is drinkable. And nearly 70% of this water is used for irrigation

The world's population is constantly growing though the quality of the water remains the same. The UNESCO declared 2006, the year of deserts and desertification and reports that 13% of the world’s population lives in Europe but only 8% of the world´s water is found there. How is it possible to reconcile the water shortages, the need to keep water free of contamination and the need to consolidate our water resources. From November 1 to November 3, experts will try to answer this question at the third International conference of Water Resources in the Mediterranean (WATERMED 3) held in Tripoli, Lebanon.

The Mediterranean: the desert closes in

The Mediterranean, considered to be the Southern border of Europe, lacks water and suffers from desertification. According to the the former president of the European society of the earth conservation (EECS), José Luis Rublo, ‘Europe is in transition and will greatly suffer from global rewarming’. It is no accident that another conference on deserts and desertification will be held in Jerusalem, Israel, from November 12 to 16. During this anual meeting, the guests will reflect on solutions to fight desertification.

According ot the Convention of the United Nations to combat desertification (CCD), deserts take up 36 million square kilometres of the planet and, every year, they swallow up about 24 000 million tons of farming land. Egypt suffers most from water shortages and deserts make up 90% of the surface of the country, towns and treeless areas take up 9.75%, water 0.25% and forests 0%, according to Eumedstat.

But the EU countries are also under threat. Spain is the most arid country in Europe: 66% of its surface is exposed to desertification. Europe’s only desert is found in Eastern Andalucia. There the desert of Tabernas welcomed dozens of Cowboy movies turing the sixties and the seventies.

An organisation working to protest the environment and led by Michael Gorbatchev, recently expressed serious worries. According to them, 30% of Italy is threatened with desertification. Not only are the Southern areas, such as Puglia or Basilic, at risk but also the Po region in the North of Reggio Emilia. Portugal and Greece also suffer from similar problems. In Portugal 66% of the total land will be arid before 2026.

The causes of water shortages are well known. ‘The overexploitation of the land is one of the oldest causes of water shortages. In Europe, man has been farming for the last 8000 years,’ states José Luis Rubio. ‘Mass tourism, high population density and industrial concentration’ also worsen the situation. Last absurdity of the modern world, golf courses: in January 2006, Spain had 308 golf courses. Ten months later, the number of golf greens had reached 324, and 65% of these were situated in the arid areas of the country. This is the Spanish pardoxe, they dry their lands to create an oasis of green vegetation.

Juan José Ibáñez, expert of biology and science at the CSIC, warns that ‘replanting trees in the Mediterranean could diminish biodiversity’ and adds that ‘paleontological and palynological experiences demonstrate the replanting schemes have only worked in the mountains’. Maybe the solution to curb water shortages is to reduce water consumption. One means is of course to increase the price of water. Germany boasts the most expensive suare metre of water (1.80 euros), Spain is the cheapest (0,77 per sqaure metre of water).