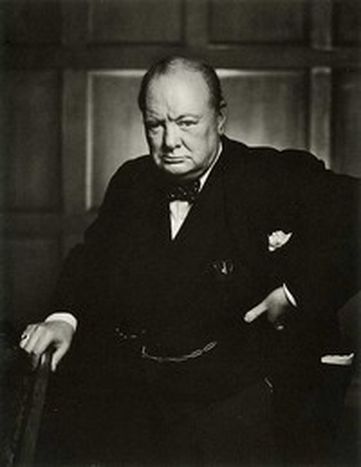 Europe to Great Britain: 'do you want us?'

Great Britain is currently playing it safe, saying neither yes, nor no to Europe. But this is nothing new. Indeed it has been doing so since Churchill’s speech at Zurich in 1946

The English are arriving! From 1 July, the UK will take on the EU presidency for six months. Do the fears relating to a country in which 86% of the population opposes the European constitutional treaty, according to the latest polls, have historical grounds?

The guardians of the continent

'Let Europe arise'. Such were the last words of Winston Churchill’s famous speech at Zurich in 1946. However, far from working towards a reinforced association with the other European countries, the British prime minister emphasised his engagement in the realm of the commonwealth, whilst condoning a natural reassembling of nations of the West.

Back then, the UK was the European victor of the war, proud to stand next to the United States as supreme leader of a continent lost and defeated. It declined the French offer of joining the treaty of the European coal and steel community (ECSC) set up in 1951. Again refused to join in when the six member states of the ECSC decided on the creation of the European economic community (EEC). Britain thought it could stand alone with its free trade economic system that it had inherited from the 19th century. Its response was to create the European free trade association (EFTA) in 1960, whose limited effect was to reduce customs duties only for industrial products traded between Norway, Sweden, Denmark, Austria, Switzerland, Portugal and Great Britain. At the time, the UK could not have imagined the ten year struggle it would undertake to join the EEC!

Uncertainty concerning Britain’s position in the EU remained a major concern when she applied for membership. English pride, already shaken by a harsh economic crisis, had to endure another two blows. Indeed, France twice vetoed England’s entry into the EEC, once in 1963 and again in 1967. Finally, in 1973, the United Kingdom joined the EEC but by 1974 things were looking awkward. The new labour government wanted to remain a member with thorough renegotiations. The problem, mainly caused by the common agricultural policy (CAP), was then resolved by Margaret Thatcher’s iron grip at the 1984 summit of Fontainebleau. London had accused the CAP of absorbing the largest chunk of the budget to support elevated prices. The European ouncil of 1984 subsequently decided that the Cocmmunity should give back to Britain 75% of its net contribution (difference between its remittance and what it received from the community).

Thatcher’s famous quote on the matter, 'I want my money back!', summed up the English rejection of any supranational tendency and put into question the principle of financial solidarity. The euro topic is just as revealing. In opting out, that is to say refusing to participate in a common policy, in the late nineties, Britain clearly rejected any impediment to its sovereignty. Through this new process of exemption, the UK obtained the right not to join the third phase of the economic and monetary union and therefore keep its own currency and central bank. However, it is not just a matter of sovereignty but of English pragmatism, which means waiting and thinking before acting in order to take advantage of the situation.

Today, it is all in the hands of Tony Blair, elected prime minister for the third time running. Even though he is known for his keenness on Europe, his closeness with the US, his part in the Iraq war as well as the French and Dutch 'No' to the constitution might suggest a new line of action for the EU without its political and social engagements. Does the provisional suspension of the 2006 referendum on the European constitutional treaty, announced 6 June, indicate some form of disengagement? Let’s hope that Tony Blair sticks to the fact he underlined in his 2003 speech to the US Congress: 'The political culture of Europe is inevitably rightly based on compromise.'