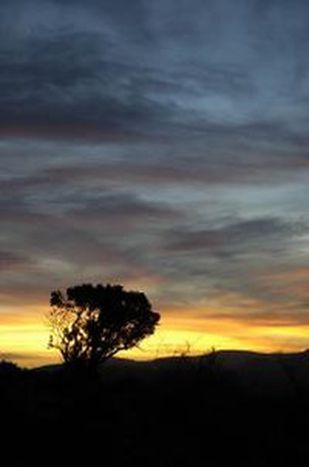 Europe: the future is renewable

From wind energy to biogas harvested from the entrails of dead cows, soaring oil prices and the finite nature of conventional energy sources mean Europe is starting to look elsewhere.

Anyone following the news lately will have noticed the increased levels of reporting on environmental issues and proposed alternatives to our oil-based economies. The idea of peak oil (that we have reached oil’s maximum possible output) is gaining mainstream acceptance, the security of gas supplies is being called into question and first generation nuclear power stations are being decommissioned at significant cost. Alternative sources of energy are being sought with increasing urgency amid the realisation that current forms of energy generation are not sustainable.

A European problem, a European solution

The EU has set a target of 22.1% of electricity consumption coming from renewable sources by 2010, acknowledging that energy security, employment and meeting Kyoto Protocol commitments all benefit from this. However, as is customary with an EU policy, a wide variety of different measures and strategies are being adopted by individual member states to meet this target, and with notable differences in the proportion of national energy generation coming from renewable sources.

Austria and Sweden are no doubt the fore-runners in the field, with already some 70% and 50% of national electricity consumption being generated by renewables respectively, according to ProSus (Programme for Research and Documentation for a Sustainable Society). Both countries are able to take advantage of their mountainous terrain and are using it for large-scale hydroelectric power generation, as is also being done in Norway. Meanwhile, Germany and Spain dominate the European market for wind energy, with Spain having recently overtaken Germany in output. However, it is unclear how Germany’s renewables mix will change with reports that the market for wind energy there is saturated, since suitable onshore locations are running out. At the other end of the scale are new EU members Cyprus and Malta, with almost none of their energy being derived from renewable sources. They will be faced with significant learning hurdles, even if there is plenty of potential for solar energy.

Whichever energy source a country aims for, a mix of all viable ones will no doubt be required if a monoculture and dependence similar to that on oil are to be avoided. Along with more established renewable sources of energy, one with significant potential, especially on a large scale, is that of biomass. Here natural materials such as wood, straw, sugar beat or other crops are incinerated and the heat used to generate electricity. Not only can biomass also be used on a small scale (micro-generation) but it is also carbon neutral – the carbon it produces is cancelled out by the carbon absorbed through growing the fuels.

But it is not only electricity which will need to be generated from alternative sources – oil shortages mean that replacement fuels will need to be found and transport will also have to undergo major changes. The EU’s 2003 Biofuel Directive (pdf) is another piece in the jigsaw aimed at substituting 20% of conventional fuels by alternative ones by 2020 . Hydrogen or hybrid, ethanol or biodiesel, solar or electric powered cars are just some of the technologies coming onto the market aimed at moving away from traditional fuels for transport and at meeting the requirement that transport do its bit to reduce national cardon dioxide emissions. Whilst powering trains on the biogas from the entrails of dead cows as is being piloted in Sweden might not be to everyone’s appeal, it is testimony to the innovation which will be required if the EU’s targets are to be reached, and which will most certainly be needed if Europe’s dependency on dwindling oil reserves is to be overcome.

How each of the EU member states will fare remains to be seen, but it is clear that greater financial resources, greater political will and greater consumer cooperation will all be required if the energy challenges of the coming decades are to be met. But before we pin our hopes on new technologies and innovative solutions, it should be pointed out that even now a lot can be done – from switching off lights and appliances to wearing an extra jumper, from walking to the corner shop to insulating the home, with a bit of energy and imagination on everyone’s part, we can all make a difference.