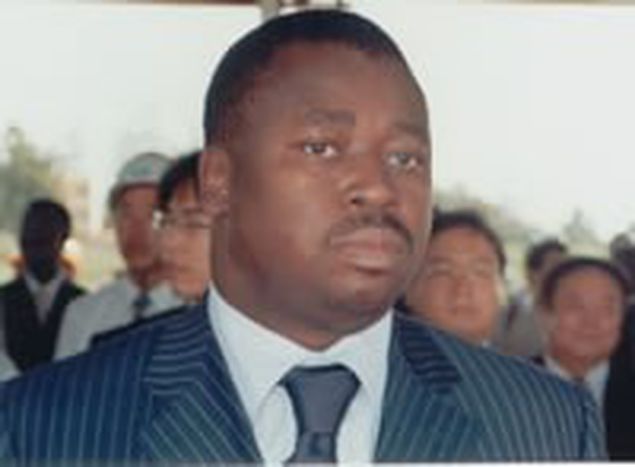 Europe supports the dictatorship in Togo

The bodies are piling up following the rigged presidential elections in Togo. Germany’s cultural centre there has been firebombed. And yet Europe remains silent.

“Suicidal” is how Francois Esso Boko last Thursday described clinging to the results of the Togolese presidential elections held on April 24. At that point in time he was still the interior minister in the Togo capital, Lome, and in charge of organising the elections. By the next morning he’d been deposed. But no questions were asked or queries raised by Europeans at the time. Following the death of President Gnassingbe Eyadema, who had ruled Togo with an iron fist for 38 years, on February 5, just one man stood to be elected: Faure Gnassingbe, the son of the former despot. Under massive pressure from the Economic Union of West African States and the African Union, he stepped down three weeks after taking power and promised free and fair elections.

But the procession to the ballot box on April 24 soon revealed itself to be a complete farce. Prior to the election, Togo’s already barely free press was repressed further, private radio stations were closed down and even Radio France Internationale (RFI) is no longer allowed to broadcast. Sibylle Faust, as a member of an international network trying to ensure that developments in Togo are made known in Europe, reported on numerous irregularities from Lome. Amongst other things, she told of a woman, equipped with already marked ballots and money, who was paying people to hand in the already completed ballots.

Faure Gnassingbe has been declared the winner with 60% of the votes. The opposition opponent, Emmanuel Bob Akitani, apparently obtained 38% of the votes. According to official reports, some 22 people died during upheavals which followed the announcement of the results. The former French Minister for Integration, Kofi Yamgnane, estimates as many as one hundred people to have died.

The international community has said little to the elections. UN Secretary General Kofi Annan is pleased by the peaceful and orderly election. Michael Barnier, France’s Foreign Minister, described the course of the elections as altogether satisfactory and according to the regional block, ECOWAS, all in all the election fulfilled the criteria which are applied to elections. Only the deputy spokesman of the US Foreign Office, Adam Ereli, has spoken clearly and frankly about the matter, saying that the legitimacy of the presidential elections met neither the hopes of the people of Togo nor of Togo’s friends within the international community.

Whilst the opposition in Togo had high expectations of Europe, especially the of former colonial powers France and Germany, the EU is far off finding a clear, common position on the matter. Instead of helping the Togolese organise a proper election by providing financial support, appropriate personnel and by condemning the irregularities and press restrictions, the Europeans have fallen into the old habit of the politics of national self-interest. The cynical, indifferent disregard for the hopes of the Tongolese gives new meaning to Rumsfeld’s much reproached and criticised term “old Europe”: a Europe which is an irresponsible, self-obsessed colossus that couldn’t give a damn about its historic and moral responsibilities.