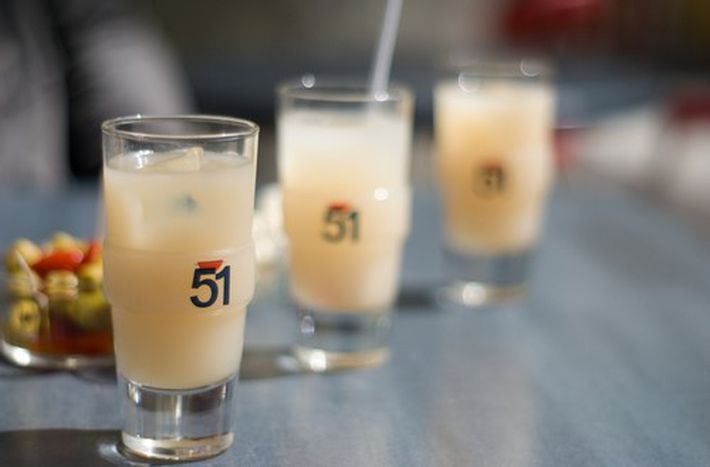 A snack, a bite… any excuse is valid for a quick break and a chance to satisfy your stomach, with your friends or family. This is also called an appetiser; it’s the time in the day when many Europeans have a well-deserved respite. Plus a patatas bravas recipe

‘What to serve to whet your appetite’. This is the principal definition of a starter, but this word, suggest many more things in the eyes of a European. The Spanish starter ‘la tapa’ is an Iberian version of excellence.

Historical chronicles confirm that is was king Alfonso X El Sabio, in the XIII century, who introduced the custom of ‘la tapa’, and it appeals to people as being 'typically Spanish'. The king forced Castilian style taverns to not serve wine unless it was accompanied by food to avoid people becoming drunk. At the start, the food is covered to prevent any insect falling in. Hence, its final name ‘la tapa’ (literally a lid). Since then, this food has developed different dishes; patatas bravas (fried potatoes in a spicy sauce), Russian salad, olives, sausages, plus many more, it’s usually served before lunch or dinner. There is so much variety, and more often than not, the portions are so big that at times it is not only a pre dinner snack, but also it becomes the main meal.

In Italy, this is also a sacred time of the day, before lunch, called 'pranzare', usually only offering one alcoholic drink. At the end of the day, the appetiser is slightly more of a social event. Between 6.30 and 9pm, the majority of the local transalpines enjoy an alcoholic beverage with a varied self-service buffet. For example, for a strawberry cocktail that cost about 6 to 9 euros (£5-8), you can eat lots of pesto pasta, risotto, or ravioli, among other things. Ambra, says that in Milan, 'almost nobody eats dinner at home. It’s our way to have a life outside of work.'

France wins on the drink front

The French version of an aperitif, drink triumphs over food. Mathilde Magnier describes this as 'almost a sacred moment. It takes place at the end of the day, between 6 and 9pm, always before dinner.' Typically, they drink alcohol; whiskey, martini, beer, wine… and at the same time, they snack on dried fruits, tomatoes, nuts and crisps. It’s an event that unites the whole family, friends, and basically ‘the whole world’, and it is a little gift at the end of the day. A little bit of joy at the end of each day.

Recipe for 'Patatas Bravas’ for 4/5 people 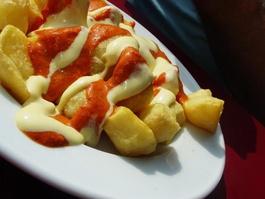 tomato sauce (half a glass)

mayonnaise (half a glass)

tabasco (to your own taste)

Get a skillet and pour on some olive oil, heat the oil and add the peeled and cut potatoes. Slowly fry off the potatoes, at the end turn up the heat so that they brown. Drain them, and then add salt to taste

For the sauces: mix the tomato sauce with the mustard and tabasco (being careful not to make it too spicy)

Presentation: Put the potatoes on a plate and pour the sauce over them, trying your best not to mix the two together.

First published on cafebabel.com on 23 April 2009