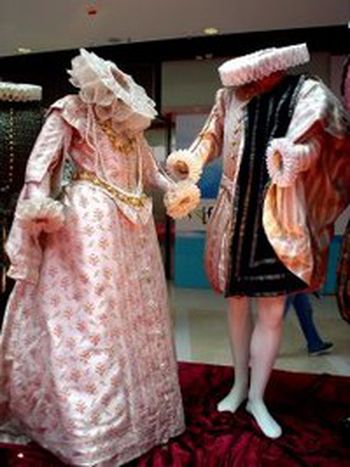 The royal family might seem a bit passé these days, but the reality is quite the opposite. We adore our kings, provided they are prepared to bare all

Princes and princesses are in fashion, regularly appearing on the front covers of magazines, whether they like it or not. Some have become bona fide celebrities, hob-nobbing with the jet-set, while others are idolised or turned into fashion icons. According to Claude Weil, editor-in-chief of the French weekly magazine, Le Nouvel Observateur, in order to understand this frenzied excitement for all things royal we must explore our collective subconscious.

So what has caused this sudden infatuation with these descendants of a bygone age? With opportunities to plot against one another offered up on a plate, kings and queens have been keeping their subjects entertained with their antics since the reign of Charlemagne. As we know, modern-day royals are descended from four bold and beautiful families: the Capetians, the Saxe-Coburgs, the Oldenburgs and the Habsburgs. Their lives are destined to be a dream, sprinkled with a healthy dose of tragedy.

Diana was the first to buck the trend and as a result became not only a legend, but also a textbook example of public relations. On 29 July, 1981, when Lady Diana Spencer married Prince Charles, England’s future king, she was a young girl of 19, shy, unstylish and somewhat awkward. Neglected by her husband, Princess Di dedicated herself to humanitarian causes, travelling the world to tackle disease and help the underprivileged, a passion which became her life’s work. An icon was born and she began appearing in stunning dresses, her body sculpted to perfection by hours in the gym. Her accidental death in August, 1997, served only to magnify her saintly aura.

The next episode confirms the infatuation. Since Camilla married Prince Charles in April 2005, the British royal family’s popularity has soared. The man responsible for this miracle is Paddy Harverson, former Communications Director at Manchester United. In just a year, the ex-Financial Times journalist managed to pave the way for Camilla Parker-Bowles’ transformation from a woman despised and condemned by the public into a much-loved, desirable princess. Tongue firmly in cheek, Elle journalist, Alix Girod de l’Ain summed up the episode as “the revenge of the nerds.”

The Spanish royal family has learned from the Diana affair. While this rather conservative branch of the monarchy did risk embarrassment by allowing the Crown Prince to marry a woman who was not only a former journalist, but a divorcée to boot, there was no question of them allowing her to become a star. In their first year of marriage, Letizia did not utter a single word in public, merely playing the role of the dutiful wife and leaving the limelight to Felipe. Nevertheless, rumours abounded that she was suffering from anorexia.

The truth was immaterial. The public want drama, romance, bloodshed and tears. Just like in the movies. If modern royalty is flourishing, it is because it acts as a reflection of everyday life, constantly open to criticism and perpetual overexposure. “Like demigods, monarchs exist somewhere between Mount Olympus and the Agora. In a time where everything changes so quickly, royalty endures, their stars shine for longer,” explains Stéphane Bern, editor, journalist and high society expert.

And in France, a country which was so eager to behead its aristocracy, the population now seems fascinated by high society. “Royalty could be in fashion now because we’re disappointed that we don’t have our own king,” suggests historian Daniel de Montplaisir. In particular, haute couture designers seem to have reclaimed the royals for themselves. While Vivienne Westwood sends her models down the catwalk wearing English-style crowns, crinoline dresses, 18th century hairstyles and bustles, Castelbajac’s tee-shirts depicting Diana and Queen Victoria are being produced in their millions. Lacroix and Dior have seized the opportunity with great relish, not to mention Karl Lagerfeld, the firm friend of Caroline of Monaco, who dresses only in Chanel.

“The increasing tendency to use them to sell food products highlights how the monarchy and the aristocracy have now become marketing tools,” explains Christian Blachas, director of publishing at CB News. Stark’s new Plexiglas chair has reinvented the Louis XVI version, mini crowns made of glass or pearls have flooded women’s fashion departments and Sofia Coppola has piqued the world’s curiosity by keeping the work on her new film, Marie-Antoinette – shot at the Palace of Versailles in France – securely under wraps. The latest addict to date is the most famous singer on the planet, Madonna. With the help of experienced genealogists, she has just discovered that she is related to the Duchess of Cornwall. Madonna and Camilla have joined forces!