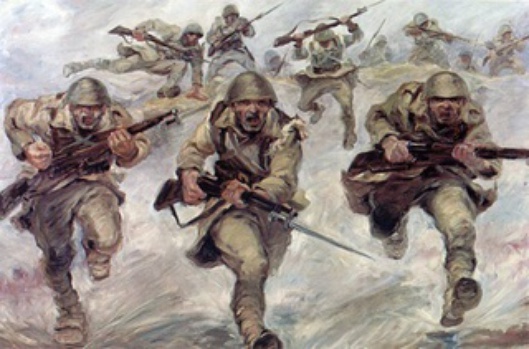 It was 28 of October 1940, when the fascist troops of Mussolini invaded Greece. Some hours before his ambassador in Athens gave an ultimatum to Ioannes Metaxas, the dictator of Greece at that time, to receive a heroic ''NO'' (ohi) which at that time reflected the general will of the people.

Next morning, millions of Greeks were shouting happy(!) in the streets about the war with Italy! Less than 300,000 Greeks vs half million Italians. ''Tiny'' Greece not only managed to resist the fascist troops but its army started to enter Albania, liberating the Greek cities of the south and threatening to throw Mussolini to the sea!

And the miracle happened.

This was the first victory of the Allies agains the Axis since the beginning of the WWII. Furthermore, Hitler in order to backup his ally had to postpone his attack to the USSR in order to invade Yugoslavia and Greece. Adolf Hitler, in conversation with Leni Riefenstahl, would bitterly say that "if the Italians hadn't attacked Greece and needed our help, the war would have taken a different course. We could have anticipated the Russian cold by weeks and conquered Leningrad and Moscow. There would have been no Stalingrad" 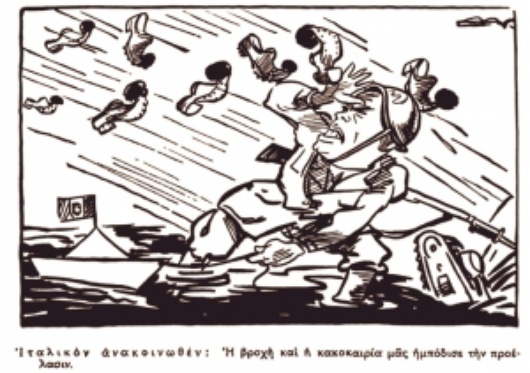 Remember only that mighty France fell in one month, while Greece was fighting for six months! Here is a video from Sofia Vempo, the ''singer of the victory'' with the most famous song of the time, making fun of Duce (including English subtitles).