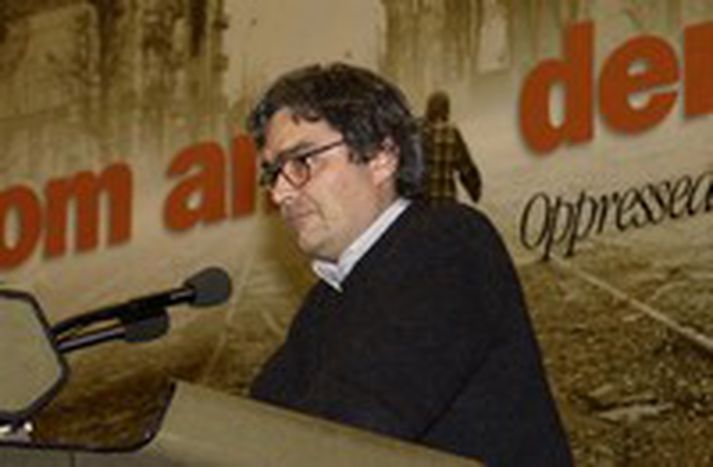 "Europe neglects problems on its own soil"

Within the European Union, respect for prisoners’ human rights does not have a very good record. Maurizio Turco, ex MEP, knows this better than most and talks to café babel about his observations.

The conclusion of the 2004 Report on the Rights of Prisoners, presented by the Italian Radical Maurizio Turco and approved by the European Parliament, pointed to “an alarming situation” in Europe. For the self-proclaimed “international champion of human rights”, this revelation came as quite a blow.

Is the EU a good role model when it comes to respecting human rights?

The common trait of European and American democracies is that they think they bring democracy and respect of human rights to the outside world, all the while neglecting the problems on their own soil. Within the European Union, there are serious and persistent violations of human rights: slow legal proceedings, terrible conditions of imprisonment, violations of citizens’ political and civil rights, discrimination, and so on. Furthermore, in terms of human rights, the foreign policy of European Countries – given that there is not yet a single European Foreign Policy – is perfect on paper but not put into practice. The notorious “democratic clause” on human rights that the EU inserts into all agreements with non-EU countries thus becomes a stylistic clause for good conscience. The result is the financing of dictatorships and dictators.

With your experience as the parliamentary rapporteur on the state of human rights in European prisons, how do you judge the respect of these rights by the various member states?

There are numerous and persistent problems with regard to conditions of imprisonment, in particular with overpopulation, bad living conditions and the near inexistent application of alternative sanctions. It is necessary to ensure that penitentiary rules and regulations are applied. This is why the European Parliament and the Council of Europe drafted a proposal for a Convention on the Charter of Fundamental Rights of Prisoners.

Where has the greatest progress been made? Where does work still need to be done?

Some countries have inhuman imprisonment conditions, particularly in the East. But mostly, the conditions depend on and vary from prison to prison.

What has been the impact of the Charter of Fundamental Rights, approved in Nice in the year 2000?

It ensures that the European Court of Human Rights runs checks on rulings taken at both European and national level. However, at the moment - especially in the “third pillar” of the EU, which concerns intergovernmental police and judicial co-operation - it isn’t possible for citizens to appeal directly to the EU to obtain a check on the conformity of their country’s law with European law and the European Convention on Human Rights. With the introduction of the constitution, it would be possible to guarantee this kind of check at least at the level of the European Union and on the basis of the Charter of Fundamental Rights. Decisions could be contested before the European Court of Human Rights with the possible result of obtaining heightened legal security in the protection of fundamental rights and freedoms.