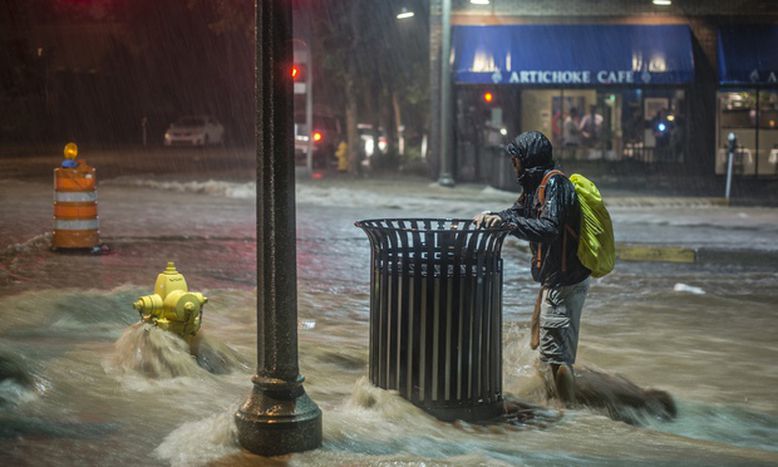 On the 1st November the IPCC released its 3rd and final damning report of its latest climate change review.

On Friday the 31st, Italy’s sea rescue operation ‘Mare Nostrum’ came to an end; to be replaced by the EU’s much scaled down, and morally objectionable, ‘Triton’ operation.

Frontex, the EU agency who’s mandate is to secure Europe’ borders, will now be responsible for repelling migrants bound for Europe sailing on rickety boats, having been tricked into thinking they will be rescued if they flounder. Europe will collectively spend two-thirds less than what Italy spent on its own sea-rescue operation, meaning more people will likely perish on the high Mediterranean seas. Operation Triton not only demonstrates European countries’ willingness to wash their hands from the gravitational pull their continent exerts on desperate refugees who may have little other choice of asylum (see the current situation in Libya, Gaza, Syria, Central African Republic etc…), it also shows an unwillingness to consider the matter on the long term, especially when climate change effects are factored in.

If immigration is an unpopular debate, the changing climate should make it a more pressing issue. The IPCC’s latest report shows scientists to be as confident as they can be that the world is looking at rising sea levels brought on by rising temperatures (brought on mostly by developed countries’ pollution). The degree of these rises and whether or not a point of no return is reached depends entirely on whether policymakers are willing to make a stand. European leaders could spearhead change if European citizens make their voices heard loudly enough. An unchecked rise in temperature will not only mean a changed coastline, but ocean acidification, more frequent natural disasters and uncharacteristic weather patterns such as heat waves. The vulnerable in some of the most at risk parts of the world closest to us may have no choice but to come knocking on Europe’s doors to take refuge.

Some are already considering the complications climate change will bring. Of all places, over the pond, where some right-wing republicans believe that climate change may be a socialist plot to seize their sizable assets, military analysts see climate change as a future ‘threat multiplier’ which will impact U.S national security by intensifying the challenges of global instability, hunger and poverty as well as likely leading to food and water shortages, pandemics and disputes over refugees and resources. Shouldn’t Europe also start considering the implications of global climate change for itself? Sometimes it feels as though only businesses’ view of the perceived short-term hindrances they want to avoid (e.g. a carbon tax) matter.

The projections made by the IPCC are, admittedly, in the somewhat distant future. However migration due to environmental change is nothing new. The Institute of Migration was already warning in 1992 that environmental degradation was the cause of dramatically increased migration (IOM,1992). According to the UNISDR, storms, floods and droughts have increased threefold over the past 30 years, affecting 718 million people from 1979 to 2008. But droughts affected 1.6billion people over the same period (International Emergencies database, 2009), and although extreme occurrences capture media attention the most, it is the longer- term changes in the environment which will have the greater impact. The point of no-return from which climate change effects will be irreversible, the IPCC warns, is almost upon us. So although its projections seem to stretch far off into the future, the time to act is now. If Europeans can’t persuade the world to stop climate change, Europeans will have to take responsibility of any trends in future immigration which come as a consequence.