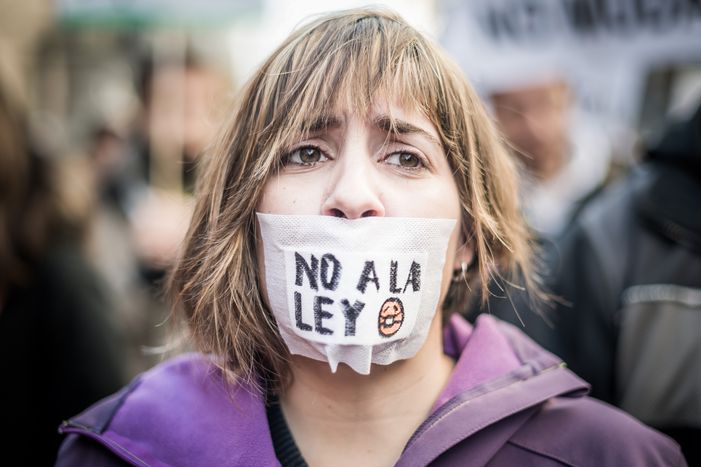 Europe in 2015: the year of the civil freedom meltdown?

2015 has been a big year for elections all over the planet. In Europe the season started in Greece with victory for Syriza—it will end this Sunday in Spain. However, the Spanish elections take place in a dire context, as the country's "Gag Law" came into effect last July. This is just one of the civil freedom restrictions implemented in Europe this year. Opinion piece.

The Ley Mordaza ("Gag Law")—passed by the ruling Partido Popular—imposed strict fines on those who protest in front of government buildings (up to 600 euros), whilst causing "serious disturbance to public safety" can now result in fines of up to 600,000 euros. Taking photos of police officers, and protesting from a height (such as on a rooftop) are also prohibited.

The Gag Law is a piece of Draconian legislation aimed at silencing protests and political opposition, in a country that has seen a constant growth of popular mobilisation over the last few years as a response to austerity policies. Spain has been a progressive political laboratory over the last years—just as much as it has been for repression—witnessing the birth of the Indignados movement, which influenced a whole set of Occupy movements, itself drawing inspiration from the Arab Spring.

When I was in Madrid in May, I spoke to Spanish journalist Esther Ortiz regarding the matter. She shared her opinion: “[The Gag Law] is possible only due to the economic, social and political crises we are living through, for which the EU is also responsible. This law ensures that it will be possible to proceed with the austerity measures required by Brussels, through containing any protest with anti-democratic tools." 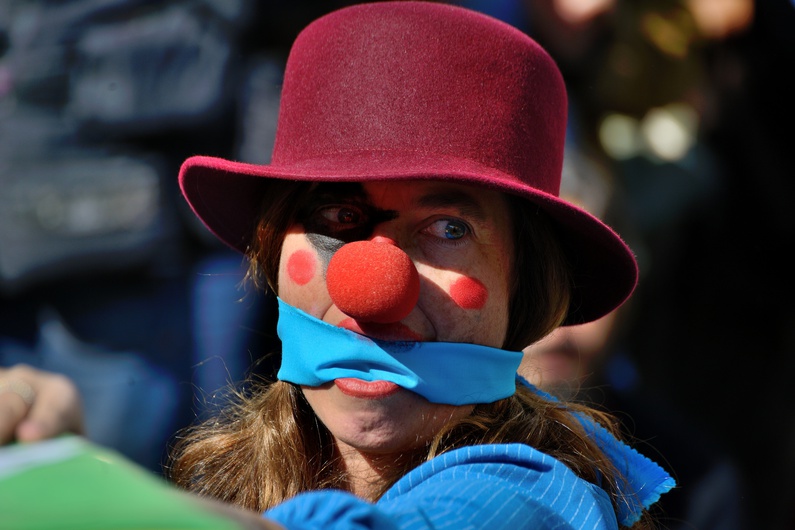 The group that led the opposition to the Gag Law is No Somos Delito (We are not Crime). The spokesperson for the association, Monica Hidalgo, explained: “The PP rules for a ‘silent majority’ that does not protest... but people have much less to lose now and therefore less fear. The introduction of this legislation has the effect of discouraging dissent, in the face of 30,000 euro fines for protesting in front of the Spanish Congress.”

The fact that the Gag Law has made it virtually impossible to protest in Spain is not just a national problem but a European one, as the precedent has been set for opening the gate to further limitations of civic freedom. Unfortunately, it seems that modern democracy and freedom of speech have taken a sinister turn in the "cradle of Englightenment" over the last few years.

In 2014 police in Paris prevented a pro-Palestinian protest from going ahead, believing it to be "a threat to public order"—even briely considering extending the ban city-wide. This year France also took a hard stance against the activism of the Boycott, Divest and Sanction (BDS) campaign, aimed at targeting Israeli products produced in the Occupied Territories.

France has experienced a horrible year, which included two terroristic attacks—the first at the offices of the satirical magazine Charlie Hebdo in January, and the second across the city of Paris in November.

After the latest series of attacks, a ban was imposed on protesting during the COP21 climate conference, for reasons of security. Activists from all over the continent defied the ban in a signal of civil disobedience, in the face of the need to push world governments towards serious commitment in tackling climate change.

Even before the Paris attacks, EU governments had been implementing anti-terrorism legislation with overwhelming ambiguity and an unclear line between the necessary security agenda and the pretext for silencing dissent.

The refugees crisis has shown how—in human rights terms—the EU sorely lacks balance between countries, considering the treatment that refugees have endured across the continent—and are still enduring in Eastern Europe and in the Balkans.

There will be a need to be far more vigilant in 2016 when it comes to civil freedom and human rights across the Continent, otherwise there will be a risk of sleepwalking into a meltdown—potentially far more dangerous than a financial one.