“Europe has the Muslims it deserves” 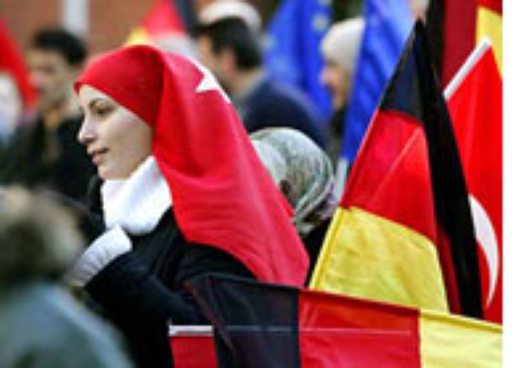 “Islam is peace”, was the slogan chanted by the participants in a demonstration in Cologne, Germany, on November 21st. This is a useful truth to bear in mind in a world where the majority of terrorist acts are committed in the name of this selfsame Islam. “We cannot say that all Muslims are terrorists, but sadly we have to acknowledge that the majority of today’s terrorists are Muslims”, highlighted one of the main journalists for Asharq al-Awsat, an international Arabic daily. With each new terrorist act, the malaise of Europe’s Muslim communities grows, manifesting itself in calls for peace and symbolic protests.

After the Madrid bombings of March 11th 2004, Spain’s Muslims marched to say ‘no’ to terrorism. In this country, where Muslims are recognised as an integral part of the history of the country, the reaction of the Muslim community (composed mainly of Moroccans) was resolute. In a press release on March 13th, Spain’s imams, represented by the Union of Islamic Communities of Spain, expressed their “firm, unanimous and unequivocal condemnation of the attacks on the capital, as well as of terrorism in general”. Even though Spain is a secular state, the government maintains close ties with Islamic institutions, going so far as to fund schools and ensure the training of imams; these measures are carried out within the policy of “convivencia”, peaceful coexistence.

In Italy, the capacity of the Muslim communities of France and Spain to mobilise against terrorism has sparked off feelings of jealousy. However, this has also led to the rousing of Italian Muslim organisations against the kidnapping in Iraq of the “two Simonas”, two humanitarian aid workers both named Simona. Italy’s 700,000 Muslims have a problem of fragmented representation. These Muslims come from diverse backgrounds and often don’t share a common language. Even if the main existing Muslim organisations campaign for multiculturalism and tolerance, these groups lack an umbrella movement, which would allow them to organise a strong opposition to terrorism.

The problem of foreign imams

After the kidnapping of French journalists Christian Chesnot and George Malbrunot (both still in captivity) in Iraq, young Muslim women could be heard shouting “No blood on my veil”. France’s Muslim community was internationally congratulated for its mobilisation against hostage-taking. Nevertheless, the stance of the 5 million French Muslims still remains vague, notably because of external pressures. According to Marseille’s imam Moulay, 70% of the imams preaching in France are self-proclaimed (have no recognised ‘qualifications’). Figures from the French interior ministry reveal that only 10% of imams preaching in France are citizens of the country and that only 50% have mastered the French language. In France, there is nothing to stop an extremist proclaiming himself an imam and then coming to preach. Since July 2003, more than a dozen imams have been deported by French authorities. Abdelkader Bouziane, the imam of Vénissieux in the suburbs of Lyon, has roused the indignation of the rest of the community for his reactionary preachings on the harsh treatment that women should receive.

According to Ahmed Sallam, one of the main writers for the Algerian daily Liberté and author of Djihad en Europe (Jihad in Europe), “two years after the creation of the French Council for the Muslim Faith (CFCM) [whose aim is to organise the representation of French Muslims], the same problems exist: self-proclaimed imams continue to spread messages of another era to a population composed essentially of youths from disadvantaged backgrounds, who are easily manipulated”. Britain is also facing up to the problem of the influence of foreign imams. Recently, the poisonous sermons of the imam of Finsbury Park mosque in London, Abu Hamza, reminded Britain of its problem concerning the integration of its two million Muslims. The overwhelming majority of the community seemed indifferent to the kidnapping of Britons in Iraq. This Muslim community, largely Pakistani and sometimes even coming from the same province, has closed in on itself to form a parallel society.

Theo Van Gogh’s assassination in the Netherlands strongly affected the Muslim community in Germany, as November’s demonstration in Cologne showed. At the call of the Islamo-Turkish Union, 20,000 people gathered to march under the banner, “Hand in hand, for peace and against terror”. 70% of Germany’s 3.5 million Muslims are of Turkish origin; therefore their attitude towards their religion is less strict than that of Muslims of Arab or Pakistani extraction. However, Islam has seen a revived interest and a renewed vigour amongst this community, which is affirming its Muslim identity whilst proudly proclaiming its origins.

The more a Muslim community is accepted and integrated, the stronger its antiterrorist stance will be. Thus, eliminating fundamentalism will only become a reality when European countries make real efforts to assimilate Islam. “There is a tendency in Europe to compare Islam to fanaticism; governments should put in place measures to counter this negative prejudice”, maintains Jocelyne Cesari, a researcher at France’s National Organisation for Scientific Research (CNRS) and professor at Harvard university. For this specialist of Islam in Europe, “the governments of the European Union have the Muslims they deserve”. That is to say, those countries which have successfully integrated Muslims are less likely to suffer from Islamic extremism.