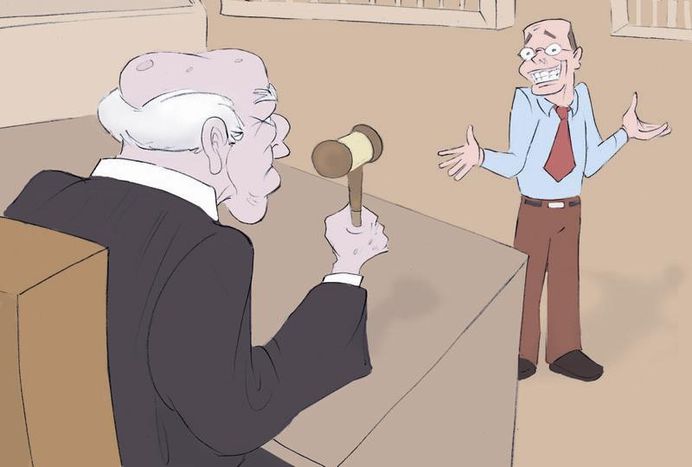 Europe-gate. Or how to name criminal investigations across Europe

Things are hotting up in Spain’s courts with the 'Gürtel' case. How does a Spanish juridical affair end up with a German name? European investigation titles go on trial

There are three ways to come up with a name for a European police investigation. There's the traditional and diplomatic English way, the rather boring French/German/Polish way and the Spanish way, which proves that even corruption can be fun.

The English are firm believers that 'if it ain't broke don't fix it'. They inherited the suffix -gate from the Americans, who started the whole thing with the infamous Watergate scandal which eventually led to president Nixon’s resignation. The affix, which originally stemmed from the name of the US democrats’ office complex has since been used to name investigations and media scandals alike: nipplegate (when Justin Timberlake exposed one of Janet Jackson’s breasts), Camillagate (when Prince Charles and Camilla’s affair was made public), cablegate (Wikileaks), and so on.

However, occasionally the Brits choose to emphasise their European rather than transatlantic connections. The name of the 1963 Profumo affair, a sex scandal involving the then British secretary of state for war John Profumo, was inspired by the dull but effective French formula: affaire plus name of the person/institution implicated equals name of case. One typical example would be the affaire Elf, which designated a fraud scandal involving the oil company Elf aquitaine in the 1980s and 90s. One particularly inspired case name for the French is the affaire VA-OM: the 1993 corruption case involved the football club Olympique de Marseille (OM) bribing football club Valenciennes (VA).

The Germans are also huge fans of the affair approach, replacing affaire with Affäre: most famously there’s the 1974 Guillaume-Affäre (the exposure of East German spy Günter Guillaume) and the Amigo-Affäre (note the linguistic exoticism of that one). Even the Polish have caught onto the trend, with their equivalent afera. In the corruption case known as afera Rywina the main culprit was film producer Lew Rywin.

The prize for creativity and wit goes to Spain where the police are true poets. Recently, one of them, well versed in German (yes, some of us do actually speak German!), translated the surname of a prime suspect in an investigation, Correa (meaning ‘belt’) to christen the affair the Gürtel case. Other intriguing names include operación sudoku (a case involving a group of Chinese people who illegally copied DVDs), operación gorila (inspired by the strong, hefty build of one of the accused) and operación pitufo, literally ‘operation smurf’, which investigated a network of archaeological thieves whose leader was rather short. Being surrounded by so much corruption seems to not only sharpen their powers of detection, but also their wit; it’s all a question (or should I say case?) of using your imagination.