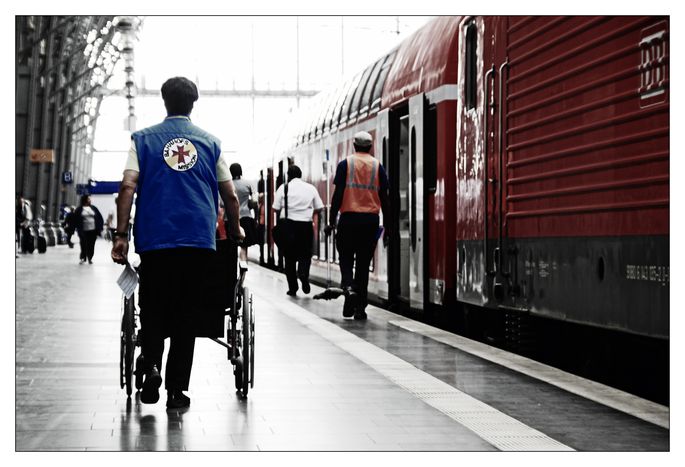 Europe and disabilities : forever behind the times?

After a long year and a half of rehabilitation from the effects of a stroke, being hired as a trainee at the European Parliament was a chance for me to find out more about what the Parliament is doing for people with disabilities. I met with some MEPs who are particularly involved with this cause and with the Disability Intergroup.

From October 2016 to April 2017, I undertook a traineeship for a French Member of the European Parliament, Nathalie Griesbeck (France, ALDE). This came after a long period in hospital, following a stroke I had while in Poland in 2015. The hardest part for me was being unable to speak both French and English. Today, I can express myself better. But nonetheless, since that day, the position of disabled people in society has become a matter of fundamental importance for me.

I therefore decided to do some research within the European Parliament, and I interviewed three MEPs, members of the Disability Intergroup: Marek Plura, who uses a wheelchair (Poland, EPP), Helga Stevens, who is deaf (Belgium, ECR) and  Sylvie Guillaume (France, S&D). I also held an interview with Etienne Cuche, political advisor for the European Disability Forum (EDF) in Brussels.

Finally, a law on accessibility at the European Parliament!

The European Parliament has only about four MEPs with disabilities, out of a total of 751 – that is, 0.5%. That’s not much! In comparison, there are an estimated 80 million disabled people out of a total of 500 million citizens across the European Union. This amounts to one in six people, or 16% of the active population. There’s no need to comment on the lack of representation at the Parliament for people with disabilities: the figures speak for themselves. But that’s not all. By 2020, it is estimated that the number of people with disabilities will rise to 120 million. What is the Parliament doing to deal with this situation?

At present, the Directive proposed by the European Commission in 2015 is to be voted on by the Parliament. Through this directive, the institutions hope to improve access to common products and services and make daily life easier for people with disabilities.

But what impact will it have on the day to day life of a disabled person? It will mean wheelchair-accessible ticket machines, but also banking services, personal computers, phones and TV equipment, communications and audiovisual services in sign language, accessible transport for all, electronic books and e-commerce. “We will enable people with disabilities to live independently,” explains Marek Plura. “We think that it doesn’t make sense to install a new ticket machine without an access ramp. In this spirit, we are fighting for accessibility in built environments to be obligatory across all Member States,” continues Sylvie Guillaume.

And it’s high time for Europe to get to work! Since the “Americans with Disabilities Act” of 1990, the United States have long overtaken the European Union when it comes to improving living conditions for this part of society: “The United States are a model and they are thirty years ahead of us. Accessibility provision in the US is better,” says Etienne Cuche. The EU will only adopt its directive on accessibility this year, while the US have had theirs for a long time now.

Disabled people and the European Parliament

There are many (28) Intergroups at the European Parliament, but they cannot adopt any regulation or directive. They include the Disability Intergroup, the Youth Intergroup, one on Wine, and so on. They’re groups formed by one or more MEP wanting to hold discussions with civil society (associations, lobby groups, NGOs, etc.) in order to come up with solutions that meet the challenges experienced on the ground. The Disability Intergroup is the biggest of them all, with about one hundred MEPs.

Many issues are discussed at their monthly meetings. In March 2017, “we focused on refugees with disabilities, and before that, in February, we looked at the Accessibility Act,” explains Sylvie Guillaume. I participated in a conference at the Parliament on refugees and people with disabilities who travel to Europe. Nujeen Mustafa was there; she made the 6 000 km journey from Syria to reach Germany. All those kilometres… and in a wheelchair. Incredible! The European Union is receiving migrants with disabilities and it must do so providing the best conditions. The Disability Intergroup is a forum to discuss and decide how to do this. The conference about refugees with disabilities was also organised to show European citizens that there is a need to act. The Intergroup hopes that it helped raise awareness among citizens.

The 2017-2019 Work Programme for the Disability Intergroup will mainly focus on the Accessibility Act and on topics that concern us less directly but which will require close attention, such as the European Pillar of Social Rights, adopted in February 2017. 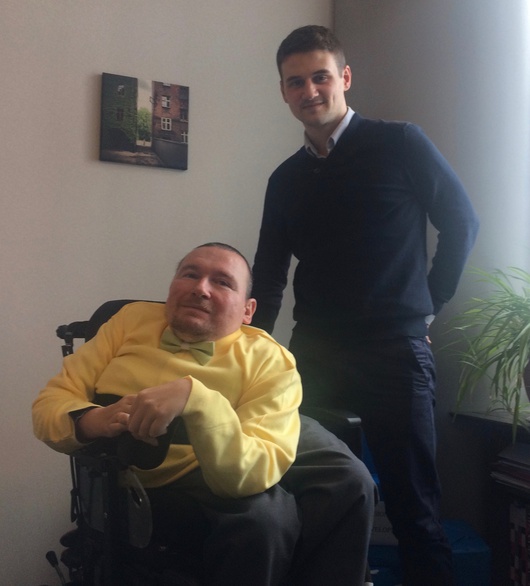 For the three MEPs with whom I spoke, the group “plays a fundamental support role, thanks to the expertise it brings by channelling the voices of many organisations representing people with disabilities. Above all, it allows for a broader and more cross-cutting approach than that pursued in the thematic Parliamentary Committees, and it’s this that makes it essential in our debates, including legislative debates.” It’s true that these Intergroups don’t have the power of the parliamentary assemblies which are necessary for adopting directives and regulations. But they are there to bring together MEPs and civil society. The MEPs in the Intergroups thus learn about the challenges that civil society faces on the ground. They can then share that practical experience, which is sorely lacking among other Members in the parliamentary committees.

Such civil society is represented in particular by the European Disability Forum (EDF). It is a federation of organisations based in Brussels, and has one or more member in every state. Its goal is to analyse European policies for people with disabilities, in Brussels and Strasbourg. “I appreciate contact with the EDF and also the long-term partnership,” says Marek Plura. “They are very dedicated. The members launch discussions on many topics, they develop European projects, and provide suggestions for disability policy. They can share their experiences with us and pass on opinions and ideas from our citizens.” “The EDF is a key actor in the functioning of the Disability Intergroup by helping with its practical organisation and event planning,” adds Sylvie Guillaume.

The EDF is represented in each Member State by at least one organisation. It therefore has a base everywhere in Europe, from which it can provide the most suitable responses to the challenges faced in the different Member States. It’s through these more local organisations that the EDF can speak of experiences on the ground. And it’s the organisations who raise problematic issues at the Forum.

The European Parliament plays a crucial role in the European decision-making process: its vote in the plenary assembly is decisive because it allows for the adoption of directives or regulations. On the other hand, the importance of debate and discussion should not be forgotten. Written opinions are also important and they transmit the public’s expectations to the European Parliament. The only problem? The institution doesn’t treat them seriously enough. These opinions aren’t even written by people at the Parliament. To tackle this, there must continue to be initiatives and meetings to raise awareness about the different organisations present in Brussels. The Disability Intergroup is not just a forum for people with disabilities, but for everybody.

The Accessibility Act is a good start but more is needed. The Disability Intergroup’s programme states that in the next few years the European Commission will publish the 2020-2030 European Disability Strategy. Looking to the future, more rights need to be guaranteed, particularly the right to access elections for people with disabilities, rights for disabled women facing difficulties, for refugees with disabilities, among others.