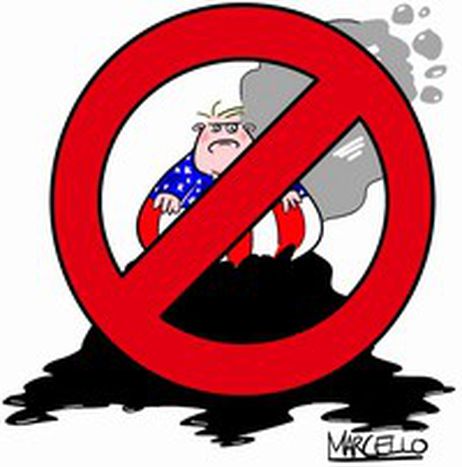 Europe, a continent defined by values?

Thanks to the current political and media hype over the European social model, the issue has become the cornerstone of the agenda of the British EU presidency. But can we go so far as to say common European values exist?

Although the term ‘European social model’ has constantly cropped up since the Nice and Lisbon summits, it is still lacking an official definition. However, the European Council, which met in Barcelona in 2002, sought to define the term. A marriage of disagreement and compromise resulted in the following judgement: “based on good economic performance, a high level of social protection and education and social dialogue”, the European social model represents “a balance between economic prosperity and social justice”.

The search for values

In order to understand the pervasiveness of the concept of the European social model we have to go beyond the different systems of social security; beyond the facts and the structures, and look at European values themselves. After all, the European social model is a way of looking at the world, which, in the words of the American writer and thinker, Jeremy Rifkin, is at the heart of the “European dream”. It was Rifkin who coined the cliché that Europeans work to live, whereas Americans live to work. Recently, his statement was given more concrete evidence when on May 11, the European Parliament banned the “opt-out” clause to the famous work-time directive 93-104. The parliament defended its action in the name of a social Europe and of a work-leisure balance.

Other aspects of the European social model, often seen as part of Europe's progressive image, are to be found in Europeans’ attitudes to various issues. In a poll carried out in May by TNS-Sofres, 63% of Europeans said that in order to protect the environment they were ready to accept measures which would adversely effect economic and job growth. What’s more, it would appear that Europeans are in agreement on a whole range of issues: opposition to the death penalty and armchair environmentalism being two widely shared positions. Many of these common values are in line with current attitudes. Indeed, 64% of those polled judged that homosexuality was an acceptable life-choice, whilst 62% thought that women should have the right to abort an unwanted pregnancy. More anecdotally, during Pepsi’s attempted hostile takeover of the French company Danone, Patrick Ollier, a French MP stated that he didn’t want Pepsi in his yoghurts: an indication that the European social model was not compatible with replacing French dairy products with American junk food.

In the sphere of foreign policy, Europe also tries to spread its ideals. All EU trade agreements explicitly require trading partners to sign documents promising to respect human rights. The Copenhagen criteria, which countries have to fulfil before they can become EU members, call for rule of law, stability of institutions and respect for minorities. In its aid to neighbouring countries, such as the Balkans, the EU insists upon democracy and the principles of good governance. Indeed, these are two essential criteria for the attribution of subsidies.

On an institutional level, these values are expressed in the structural make-up of European institutions. Take as an example the anti-productivity logic of the European social model, which places the maintenance of price stability above the demands of jobs and growth: quite different from the interventionism of the US Federal Reserve. Or look at the EU’s expansive environmental laws and directives and the ban on experiments in the GM sector. Add to this the emphasis on gender equality, which has been a European goal since the Treaty of Rome (1957). There is also the ban on discrimination, the Schengen area of free movement and the notion of solidarity, which can be seen in the transfer of structural funds to help poorer regions in the union.

It is often when we cast a glance at foreign models that the overall coherence of the European social model comes into its own. Rifkin talks of the “deadly civilization” which is embodied in the American dream, that aspiration to always consume more, to value money above all else and to raise consumption to the level of the “ultimate expression of human freedom”. If there is one time when Europeans seem to speak with one voice, overcoming their internal divisions, it’s when Europe is in opposition to America. Recently, Olli Rehn, the Commissioner for Enlargement, a man who believes that enlargement can be summed up as the exportation of European ideals, highlighted this convergence of values. He expressed the opinion that the borders of Europe are not drawn geographically, but drawn in the mind. Being European therefore, is a really a question of values.

What then does this mean then for the majority of Austrians, French or Germans, who are opposed to the adhesion of Turkey? Are they somehow less European? Sketching the contours of the social model begs the question: does this values-based description express the real desires and the needs of European populations or does it come into conflict with them?