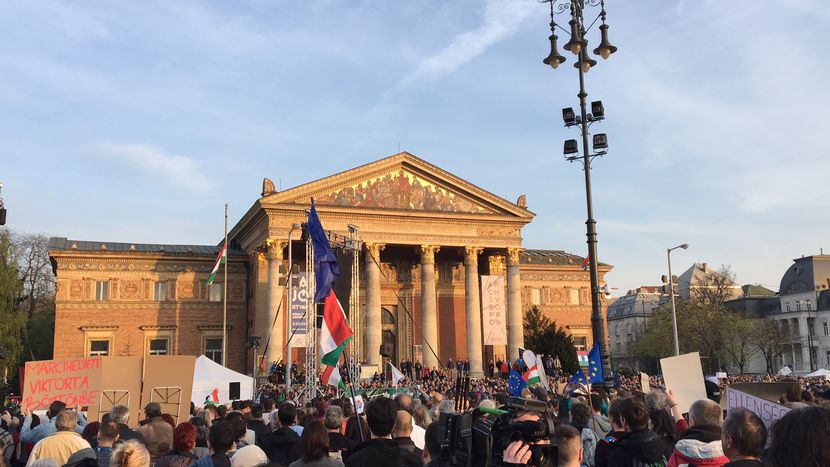 With a new act the Hungarian goverment would close the biggest and best private university in Hungary, the Central Europen University (CEU). But Budapesters showed their opinion and the their power as well. Here is why are the people on the streets.

It really started to seem like people here are okay with everything that is happening. There were demonstrations, but not too loud and not too effective ones. So it really felt like people agreed with everything from migration politics to the NGO act.

I also thought that maybe that is what people want and the media was right about us. And then something happened. The government has pushed a button. So here we are now, less than three weeks ago they announced the act about foreign universities, they voted about it and the citizens had the fifth demonstration against it on Wednesday, 04.12. But what brought those people to the street now, after maybe they had already been fed up but still had tried to ignore the government and had thought that maybe someone else would do something instead of them? 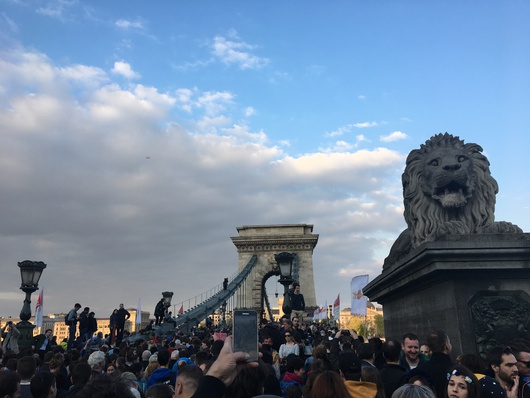 First of all, we should not forget that we are talking about a post-socialist country. We cannot blame everything on socialism, of course, but we have to admit that it couldn’t really help the people to know their rights or to speak up about the problems. There are countries (yes, I am talking about France) that knows how to protest and how to use civil rights. So if Hungarians are not doing anything against something it does not necessarily mean that they agree with it.

Secondly, the people here went through so many things that were insane or unbelievable. But the Lex CEU simply does not make any sense. This is one of the best universities in its field in Europe, respected by all the professionals. It was actually visible that the world’s biggest universities, most well-known professors and Nobel Prize winners support it. This prestigious university unquestionably has the right to continue its work. So everyone started to think about the obvious reasons like the University was founded and financed by one of the government’s arch enemies, George Soros. And it would be a ridiculous reason to shut down such a highly respected school as the CEU. Then again, this university works a little differently from the state universities. That is why it can provide an American degree with the Hungarian one. And the different is always frightening, mainly if it is successful as well. Furthermore, this is also about our reputation. Which is already not the best. But the CEU is one of the last institutes that could prove the existence of the Hungarians who think in a different way. And obviously a university mostly consists of students, and students can become the angriest and loudest enemies of a system. We have this joke in Hungarian that there is no autumn holiday at the Budapest University of Technologies and Economics since 1956, because the fights against the Russians were started by the students. There are still some memorials, events and posters about the 60th anniversary of the Hungarian revolution in ’56. But maybe the best way to remember is protesting. We have to remember that we do have our voice and 60 years ago the people were so strong together that the dictatorship alone could not hold them back and they needed the Russians to stop them.

Now I would like to believe that is not possible. We are still afraid of the Russians and there are articles in the news day by day about cyber-attacks and spy activity of the Russians. But we will not see Putin’s tanks on the streets of Budapest again. 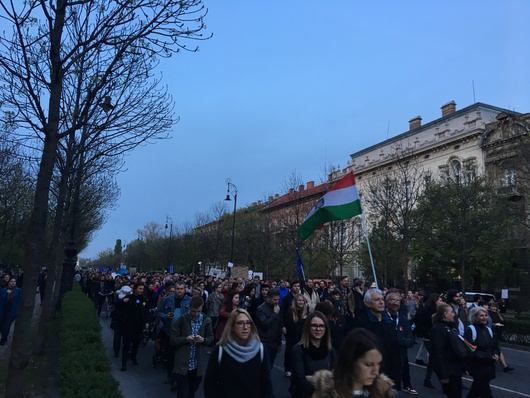 We would like to believe in Europe. And we need your help and support. Actually the ones who do not believe the propaganda are also angry about EU because it lets corruption and antidemocratic acts go so far. But according to many statistics including the Eurostat Public Opinion charts still more the two-third of the Hungarians wants to belong to the EU despite the complains that they may have.

And that is what we could see yesterday on the streets as well. Beside all the government-critic sayings and adages, what you could mostly hear was “Europe”. You need the positive message, too, in a demonstration. You cannot just destroy everything; you should have an aim. Something why you do everything. At least if you want to be productive. Yesterday for us these positive messages were “Democracy”, “Free education” and “Europe”.

The demonstrations have not ended yet. Now there is an organized activity in every two days. I thought that the only solution was moving to another country. But I started to get my hope back. To feel the power of my voice. And in a situation in which we got an ultimatum if we want to belong the EU or not I finally reached the point that I don’t care about the “official” opinion of Hungary. Because it rarely represents its people. Doesn’t matter what our politicians say. The people’s will was really clear yesterday. We want to belong to Europe. And we are ready to work for that.