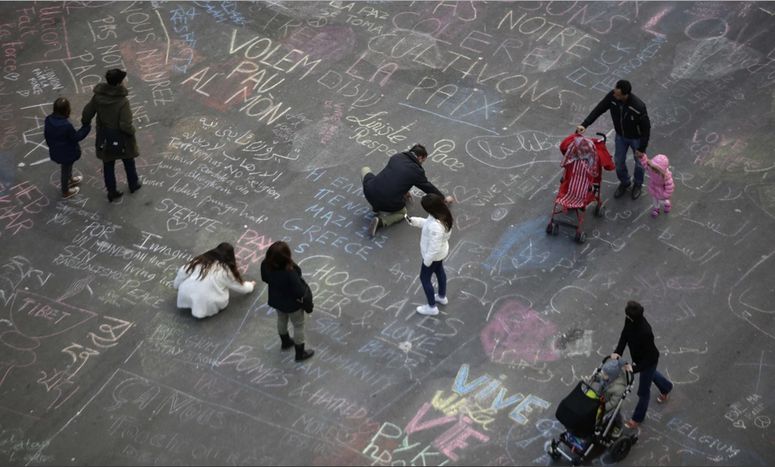 Europa: Between Victim-Playing and Responsibility

Europe is shading in and fading out. Today, its heart and capital, Brussels, has become a subject of reflection. If we are the target of so many terrorist attacks —such as the one happened on a not so Holy Tuesday, costing more than thirty people their lives—, then we must be doing something wrong. What are we really? Victims or executioners?

Europe is shading in and fading out. European identity? Since Greeks considered their culture and wisdom superior to those of Asians, we have not stopped feeling superior to the rest of the world, taking up peace, solidarity, and freedom as our cause.

Today, Europe’s heart and capital, Brussels, has become a subject of reflection. If we are the target of so many terrorist attacks —such as the one happened on a not so Holy Tuesday, costing more than thirty people their lives—, then we must be doing something wrong. What are we really? Victims or executioners?

Horror, a daily occurrence in many parts of the world, strikes Europe again, and brings us awareness of the little value human life has when geostrategic interests of all kinds are at stake. We feel a bit more vulnerable today than yesterday. Brussels metro and its Zaventem airport —where Europeans and extra-communitarian citizens arrive and share continental talks— are now part of the map of threats, oppression, and death.

It could have been, let us say, our friend Mohammed, a Palestinian who managed to escape from the horror of Gaza and fight for a fairer world from the European capital. “These terrorist attacks do not scare us. We are  —as it is our duty— working side by side to protect our children’s future and build our civilization. All we need now is wisdom to handle the situation. My condolences to and solidarity with the victims and their families.”  It is impossible, when reading these words, to not think about Mohammed’s smile and defense of peace during the World Forum for Democracy in 2014 in Strasbourg, official seat of the European Parliament. How much more pain can we endure without falling into pieces?

When people with messy lives find a leader, they obey him brutally and blindly. Warned by the UNO, the UE signed a deal with Turkey last week, thus speeding up the possible accession process of a country not respecting, defending or promoting human rights in exchange of delaying the problem of massive refugee arrivals —people whose desperation leads them to die in trucks, mafia boats, and endless walks with no shelter.

Five million people are fleeing from the terror and barbarity in Syria, and eight million people are displaced. Charlie Hebdo, Bataclan, Paris in general and Brussels, and before that it was Madrid and London. How much human suffering? Why? What for? 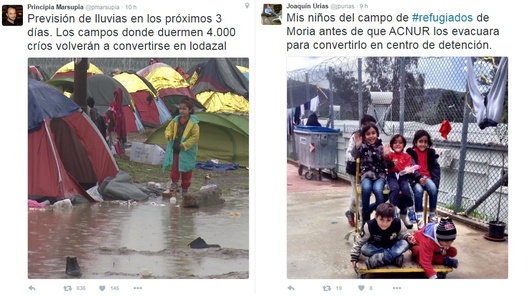 Until when will we look the other way? For how long will we ignore the roots of the problem? One refugee set fire to himself this morning. The boats of shame transport refugees since Sunday towards total abandonment.  The Mediterranean has become a big cemetery. Refugee camps turned into detention camps. That father shaving his daughter’s head covered with lice. Their feet in the mud... 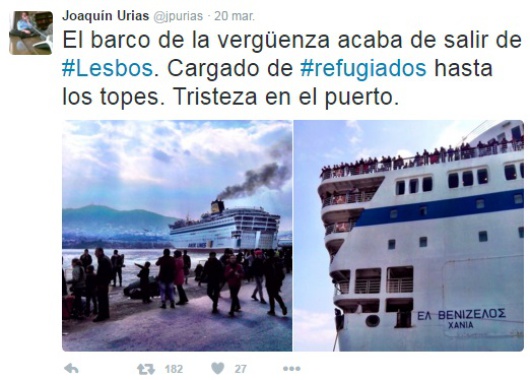 The European dream was born of a horror not so different to this one. Over the ruins of the Nazi concentration camps, we dreamed of the idea of union among peoples to have kept the peace on Earth. We provided us with international treatments acknowledgment human rights. We set in motion an entire legal machine so as the horror would never be possible again. Today, we have forgotten all that.

We have forgotten that, one day, our grandparents were refugees. We have forgotten how cold one gets when walking around Auschwitz. Moreover, we have forgotten those same guidelines we once settled to make of this a world of peace. Following that path causes the European dream to fall apart for we cannot feel any more horror.

From Cafébabel Sevilla, we categorically condemn any act of violence and terrorist barbarity. Likewise, the purpose of this opinion piece is to highlight Europe’s great responsibility on what is currently happening so it can be a true land of peace and freedom.