Margaux Pastor, creator of crowdfunding project, EuroFeminist Tour, introduces herself with a few words: “I’m a feminist and I eat men for breakfast.”  Apart from cultivating cannibalism, this young Frenchwoman wants to discover different sides of feminism - and its masculine varieties. To do so, she plans on visiting 10 European countries. We met with her to discuss the “F” word.

CB: How’s the project coming on?

Margaux Pastor: Slowly, but we are moving forward. We're trying not to laze about and constantly remind people about ourselves. Our biggest issue here is, as usual, money but thanks to crowdfunding we’ve managed to raise €860 so far. Which isn’t a bad start at all.

CB: When do you plan to set off on your journey?

M:  At first, the plan was to set off at the beginning of November, but that’s constantly changing. It all depends on our contacts and on the available funds. So far, people’s reaction has been positive, therefore we are optimistic.

CB: Do you observe similar reactions in all countries? In one of your interviews it was said that you have problems with connections in Poland?

M: I wasn’t quoted properly in that interview. What I said was that I hope to establish some connections in Poland where feminism still seems to cause a lot of problems.

CB: What’s the purpose of the EuroFeminist Tour?

M: Its ideology is to not create a homogenous image, but to concentrate on the nuances of this phenomenon that we call feminism. We don’t want people to tell the same stories in the same way, quite the contrary – we care about diversity, because we want to discover characteristic features of each country. Our aim is not to adhere to just one type of feminism that would be ideal and universal, but to introduce its individual manifestations.

CB: How would you respond to the argument that not all women want sexual equality, because they are happy with the current situation?

M: This argument comes up in every country. Though, it’d be good if it was true. In an ideal world all women are happy. The reality, unfortunately, looks different. 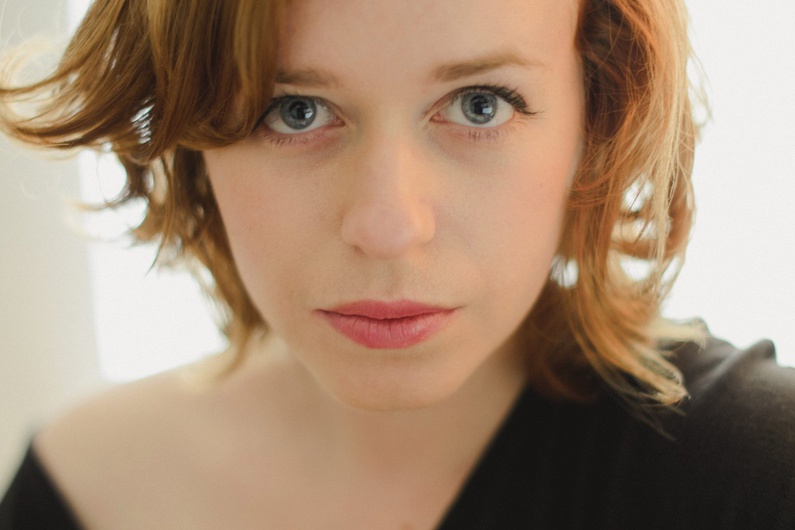 CB: Discrimination and sexism are very often the results of actions taken by some very big players in the market. Do you think that such small grassroots initiatives, as yours, are able to fight them?

M: It is true that the financial markets have loads to do with discrimination of women. When you browse through women’s magazines you can clearly see the sources of their finance – more than half of the pages are adverts. I think that capitalism isn’t entirely harmonious with the ideas of feminism. It establishes a particular hierarchy in businesses that causes sexual discrimination and places women below men.

CB: What do you do to avoid the stereotypes thrown upon feminists? Such opinions as all feminists are lesbians, they are aggressive and frustrated, they hate men etc.

M: It’s all about knowing how to laugh at certain things. We must show that feminists also have a sense of humour. While you simply cannot avoid some clichés, others are contradictory.  Indeed, some feminists are lesbians, but there are also male feminists - and it certainly does not denigrate their masculinity.

CB: Is media spreading a false portrayal of feminism?

M: Yes, because there are not many specialists on TV that can actually talk about feminism. Overall, many people don’t even realise what is at stake.

CB: Don’t you think that the language of feminism is full of wordiness? It appears that there are these repetitive and recurring motives and slogans that give the impression of feminists talking only of ideologies rather than specifics.

M: I think that every feminist organisation works in a different way. You only need to put a little effort into understanding why they choose some communication tactics above others. Slogans, on the other hand, are not just shallow words. I believe that there are actions behind them.

CB: Doesn’t feminism that's represented by the media, and cultivated by celebrities, stray too far from organic feminism; the one that actually refers to real people and real situations?

M: Both of those forms of feminism are related to each other. If media wasn’t interested in feminism, believe you me, there wouldn’t be a chance of political interest in the topic. There are more radical feminists, such as Femen, but there are also those who decide to start from the basics.

CB: What about pornography? Do you think that a change in the perception of women in this particular industry would trigger bigger changes in societies’ demeanour?

CB: And what about women that act against feminism – actresses and models that treat their bodies as money making tools?

M: It’s obvious that film and music industries are in need of women. I can’t imagine that all of a sudden all women would refuse to strip on the big screen. On one hand it’s society that should say “hey, we've had enough of cheap nudity,” but on the other, it’d be good if famous women could take the matter in their own hands, stand against it and be an example to others.

You can support the EuroFeminist Tour HERE.