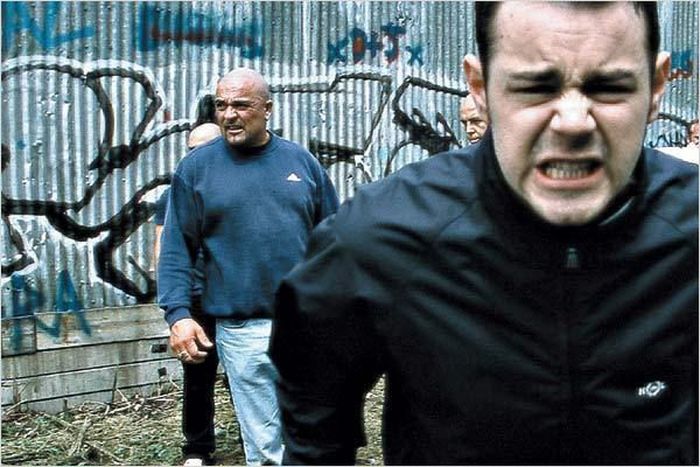 Euro 2012: the threat of hooliganism

For the first time in its history, UEFA (Union of European Football Associations) has decided to entrust the planning of the Euro 2012 competition to two Eastern European countries – Poland and Ukraine-in line with FIFA’s policies seeking to conquer ‘new territories.

’ But apart from the tough issues surrounding the competition (few accommodations, prostitution, lack of transparency), another problem remains, and it's a big one: hooliganism.

In order to serve as a host country for the Euro 2012, not only should the host country be able to provide the necessary infrastructure (stadiums, transportation, etc…) but also ensure everybody’s security even outside of the stadium. That’s where the problem comes in. Are Poland and Ukraine in a position to guarantee safety? On 28 May, in their investigative series Panorama, BBC launched a report entitled 'The stadiums of hate'.  Journalist Chris Rogers spent a month in Poland and in Ukraine going to championship matches. And the truth is quite frightening.

In Ukraine, the report shows hundreds of fans performing the nazi salute and shouting ‘sig Heil’ to show support for their team, as well as hooligans leaving their kop and going to the ‘family stand’ to attack fans of Indian descent—who are even rooting for the same team. This is all topped off by a daunting lack of reaction from the stadium stewards. It is obvious that the police does not lift a finger. When questioned by Rogers, the police chief denies the existence of racist behaviour and when Rogers explains that he saw 2, 000 fans with their arms stretched outwards, he makes out that those were not nazi gestures. The fans were just greeting their team. As if…

The situation is no better in Poland: Fans display nazi and supremist symbols on their banners and scarves. The stadium stewards and the police do not even bat an eyelid. In 2007, during his documentary series on gangs, Ross Kemp also travelled to Poland to cover Polish hooligans and their links with neo-Nazi groups. He also captured the clashes between so-called hooligans and law enforcement agencies. Not much seems to have changed in the past five years, let alone in the next few months during the Euro 2012.

It is quite obvious that neither Poland nor Ukraine monopolise hooliganism. For a long time, England has been fertile ground, each team having its ‘ultras’ (a  term for aggressively loyal fans), who are heated up to fight. And who can forget the Heysel stadium disaster at the Liverpool v Juventus F.C. European Championships final match in Brussels on 29 May 1985 ? Liverpool's die-hard supporters attacked Italian fans who came as a family to watch the game. It resulted in 39 deaths (of which 33 were Italian) and 600 injured. All English clubs were banned from European competitions for 5 years (6 for Liverpool) and 14 Liverpool fans were condemned to 3 years in prison for involuntary manslaughter. The British authorities then implemented extremely strict legislation and sanctions which could lead to prison sentences. Since then, fans convicted of hooliganism must also undergo strict legal supervision during matches. While is hasn’t solved the problem overnight, it’s a crack-down effort that has improved the situation and it deserves credit.

Boycott, UEFA and Fred the Ferret

However, there is one thing that is still worrisome. In a BBC report, the Ukrainian authorities’ behaviour is portrayed as a wide-open waiting game. Denying the existence of a problem or preferring to bury their heads in the sand is not in any way the best method of insuring the fans' security. As Ukraine seems incapable of getting to the root of the problem, it goes to some trouble to save face. But there is work to be done. Apart from racism and violence in stadiums, Ukraine has to deal with a boycott from several governments (France and Germany amongst others. No French minister will go to Euro 2012 matches due to the Ukrainian authorities' treatment regarding Yulia Tymoshenko, the former prime minister of Ukraine) and with UEFA’s reviews of the extortionate hotel booking prices. 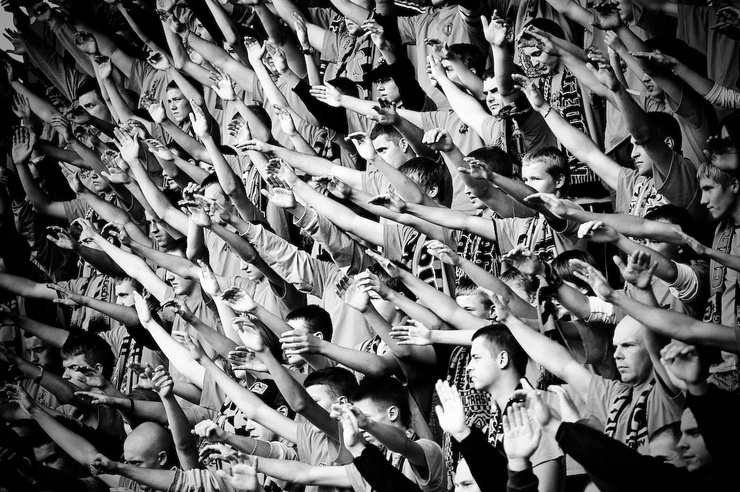 Just like last tournament's Paul the Octopus, both host countries have introduced their own animals capable of predicting game results. For Poland, it’s an elephant (Citta) and for Ukraine it’s a ferret (Fred). Needless to say, this is not enough to bring up ticket sales given the amount sold: on 8 May almost 50, 000 were still available for sale. The British Football Association even received 24, 000 tickets for the first phase. However, for the first three matches, only 3, 000 tickets in total were sold. The economic context doesn't help much.

But can this call into question the trend of canvassing "new territories" who have signed international football treaties? One can hardly say, as the allocations made by football competitions are unpredictable (Russia and Qatar recently) and the fact that these glaring allocations lack transparency.