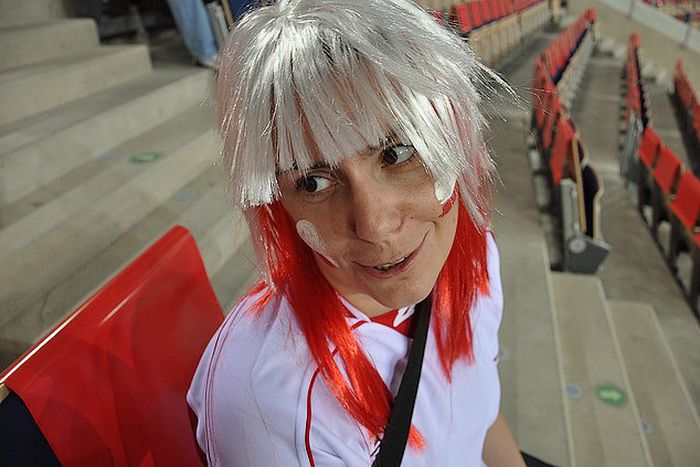 Euro 2012 in Warsaw: hanging around the stadium

The UEFA football championship kicks off in Warsaw’s brand new national stadium on 8 June 2012. While it prepares to host over 100, 000 fans and tourists, the Polish capital is abuzz with excitement about revealing how far it’s come to the rest of the world

Conspicuously absent in the 2010 world cup, Poland will have a chance to shine during the Euro 2012 it will conjointly host with the Ukraine for UEFA (union of European football associations), which is also the third time that two nations co-host a Euro cup. There is no doubt that the championship, held every four years, will have been a victory for the Poles, even before a single one of the 31 matches has been played by the 16 qualified countries. But at what cost?

Warsaw 2012 despite floods and bad infrastructure

Warsaw hosts the event alongside Wroclaw, Gdansk and Poznan. The brand new national stadium in the Polish capital, which hosts the kick-off match on 8 June 2012, was built on the former site of the tenth anniversary stadium. This was erected in 1955 and demolished to make way for the more recent construction. A stalwart of the landscape of the Praga neighbourhood on the east bank, the old stadium was not only renowned for hosting the largest sports events in the country but also for being the main venue for party and state celebrations during the time of the People’s Republic of Poland. Just as this chapter of the country’s history is receding into the past, so does the new stadium symbolise the renewal of the city. 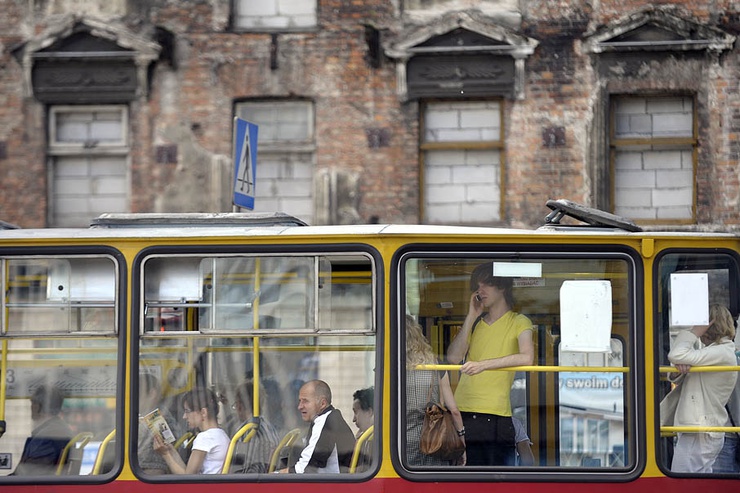 ...That’s if you believe the official, polished, and perhaps repetitive tune about the upcoming competition. Read the local paper, and you’ll glean that the lead-up to the Euro is the usual show of politics: unfair bids for multi-million zloty projects, deadlines that will never be met, and the general feeling that the city will be stretched thin by the time 100, 000 extra visitors invest it for three weeks. On the other hand, official confidence is so strong that tournament director Adam Olkowicz has insisted in reports that construction projects have not been delayed by the floods that ravaged the country this year: 'Even if this year's winter has been extremely harsh, there have not been any delays in the erection of the stadiums.'

Another case of sanctioned optimism concerns the second metro line that was supposed to contribute to the improvement of transport during the event, though it will only be fully operative in 2013. The delays, which are also to avoid extortionate contractor prices in light of the event, represent a saving of over 500 million zloty. Nor will there be any loss on the quality of transport available to fans and tourists, as the routes covered by the metro will be covered by alternative means of transportation. The Polish media brands this as typically poor organisation, accusing the officials of biting off a piece larger than they could chew with the European sporting event. Yet in that same article, you might also catch an animated defence of the capital’s hosting the championship as a crucial and positive step in moving forward and away from its gray image and outdated infrastructures. 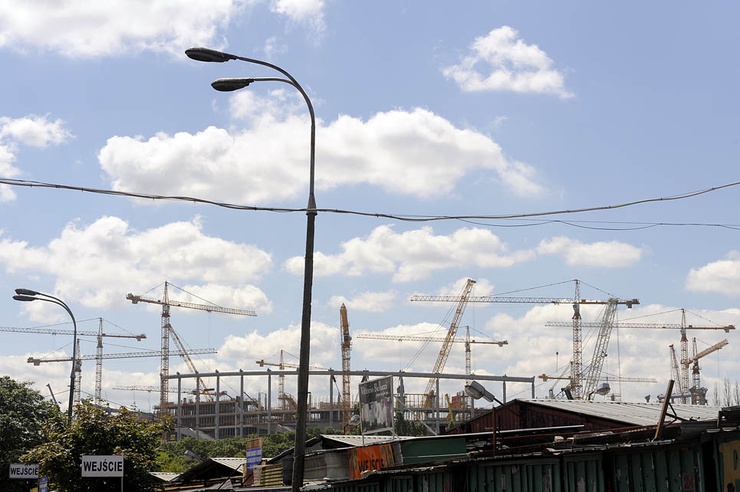 How can scepticism and enthusiasm appear in a single breath? Well, they don’t. A moderate dose of civic cynicism is always healthy. It’s hard to take the usual complaints against officials and their ways as more than the usual banter of city dwellers. There's no doubt of the flaws and challenges in the colossal affair that the Euro preparations is turning out to be. Consider the shortage of hotel rooms in the city, where up to 150, 000 visitors are expected on match days for 30, 000 bed (the Ukrainian deputy PM for his part has just fast-tracked the construction of 20 hotels by then). But Poles are opening their arms wide to the chance to modernise their capital.

Andrezj Cudak, director of the Warsaw secretariat for Euro 2012, is equally optimistic, though his realism reflects the same concerns that I hear outside his plush office. Of course, securing sufficient funds is a constant battle. He identifies the positive legacy of the UEFA event as the main reason why the Warsaw effort is so popular. He points out the obvious: the city will be left with an improved infrastructure in the shape of a new stadium, a new ring road, a modernised tram system, newer buses, renovated public squares, more hotels and restaurants, extended expressways to other Polish cities but also to Berlin. What’s even more important is that it will develop more efficient management procedures for the city for areas as diverse as crisis management, health facilities or security. 'The project is simply stronger than the simple sum of its hundreds of parts,' he finishes. The Polish economy is slated to benefit from the impulse of Euro 2012 until 2020.

While the new complex grows daily along the east bank of the Wisla River, Europe’s largest outdoor market is barely alive. It’s uncertain what the capital will gain at this lower level. What will happen to the living nerve of the city - the street vendors, the diversity represented by the many immigrant market vendors from Vietnam, Bulgaria, or Sub-Saharan Africa, the by-the-pound thrift shops where hipsters and grannies shop together? One side of the local layer of benefits that lend support to the overall excitement the city displays about its role in the championship can be found adjacent to the national stadium. Here, the stadium market, also known as the Russian market for the nationality of the mob that putatively runs it, is set to disappear in the first weeks of July. This is a welcome removal of what is often taken to be an unsafe and crime-rife spot in Warsaw. 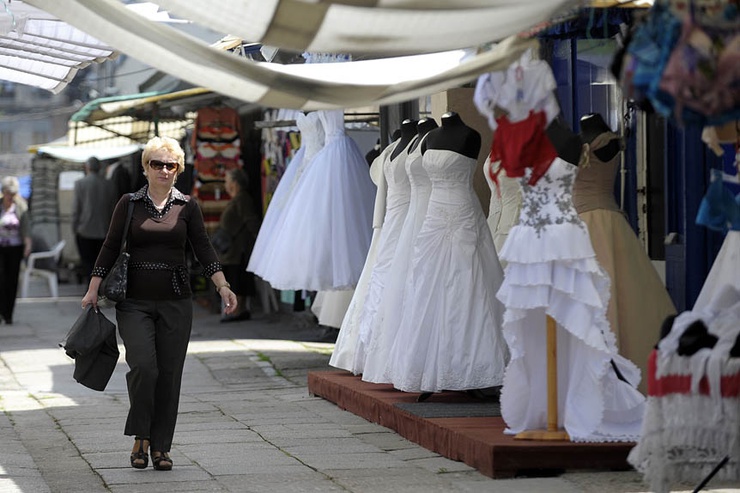 Ultimately, the stadium area is consigned to becoming a touristic relic, much like the hundred year-old BazarRozyckiego two streets away, almost deserted but for tourists. It will become conjoined with a new museum on the history of the Praga district and house its souvenir shop. The historical national stadium, which stood as the living memory of an important part of the country’s political history, will become a new version of itself, standing as the beacon of Poland’s modern future. Lamenting the loss of what many consider to be an oddity of the city is an exaggeration in light of the clear advantages to hosting the Euro in two years. But if the capital stands to gain much from the projects leading to the Euro, Warsaw, and Poland, might also lose more than a championship in 2012.

Many thanks to Natalia Sosin