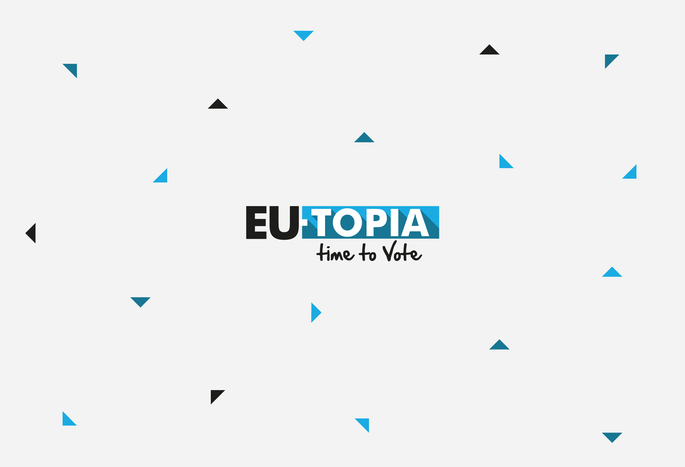 Our European utopia continues this year with the European Parliamentary elections fast approaching. Through our seven feature stories from seven European towns, our reporters will lift the veil on subjects that worry both Europhiles and Eurosceptics.

From 22nd to 25th May 2014, European citizens must elect their European Parliament members. Suffice to say that these elections don’t look good; between economic crisis and the temptation for nations to look inwards, these elections will be difficult. The spectre of abstention is looming; there is a great risk that this campaign will be abandoned by politicians…and by citizens.

At Cafébabel we are not here to tell you all to be good citizens and go and vote. You already know you should do that! On the other hand, our role as participating media providers is to inform you on the stakes of the European elections.

And that is what we will do with our “EU-TOPIA – Time to Vote” project. This will be a series of feature stories carried out by citizen journalists across all of Europe, who we will send to seven European towns. With “EU-TOPIA – Time to Vote”, we want to bring you the voice of young Europeans – your voice – to give you a truly European perspective on these elections. We are trying to do our bit to raise the profile of the debate, exchange points of view and give a European breath of fresh air to a currently dull campaign.

EU-TOPIA “TIME TO VOTE” WILL STOP IN SEVEN TOWNS

“EU-Topia – Time to Vote” follows on from the “EU-Topia on the ground” project that we ran in 2013. The concept is simple; every month, Cafébabel will send a team of three journalists and a photographer out into the field in a large European town. The expedition will last four days per town, during which time the team will find and interview European citizens out and about. These young people, supervised, by a professional journalist, will receive training in the field of journalism and photography. The year, the adventure will take us from Seville to Bratislava for the home stretch before the European Parliamentary elections!

Whether very passionate or simply concerned, all points of view are heard. The aim, to reveal European youth through the eyes of young people themselves. You will have the floor and will have to demonstrate challenging, excellent and original journalism!

As well organised travellers, we have already established our itinerary. For our first leg in February, it’s Seville that will set the tone. We will visit Krakow in March, to take the pulse of the European feeling to the east. In the run-up to the elections, we will continue with two European capitals, discovering Strasbourg in April and Brussels in May. And because we know that your interest in Europe won’t stop the day you go along to the ballot box, we have planned a stop in Berlin, the capital of the biggest country in the EU in June. In July, we will discover Bratislava and after a well-deserved break summer break, we will end on a high note with an extraordinary report in Vienna in September.

The articles will be published on the Cafébabel site and posted on Facebook. Create the European debate with us! The Cafébabel project is created for European readers, by European readers; that’s you. Witness, comment and debate on articles, photos and news that we publish!

ARE YOU READY TO JOIN THE TEAM?

Anyone under 35 years of age is welcome! But the selection process will be tough. Teams will be selected according to how interesting and pertinent the topics proposed for the feature story are. A successful candidate would also need to submit some high quality articles, based on verified sources with an original and dynamic tone.

We will reimburse the cost of the trip to all those who live* in Europe or in Albania, Serbia, Bosnia-Herzegovina or the Former Yugoslav Republic of Macedonia (FYROM).

*It is not a matter of nationality here, but residence. Participants can apply from a country that has been chosen to participate in this programme without being a native of that country.

You will spend four days in the feature story town, welcomed by the local Cafébabel team, which is when you will conduct visits, interviews and surveys on the chosen topic as agreed with the Cafébabel team. During the following week, you will send us your articles. The editors at Cafébabel will edit them and have them translated by translators in the Cafébabel network and will then publish them in six languages (French, English, Spanish, German, Polish and Italian) on the site http://www.cafebabel.fr

This project is co-financed by the European Commission via the Minister of Foreign Affairs and by the Hippocrene Foundation.

With the support of the Hippocrene Foundation and the European Commission via the Minister of Foreign Affairs!