EU Referendum from London: "We are all born Europeans"

Cafébabel is in the British capital as the country votes in a historic referendum set to confirm whether or not it will wave goodbye to the European Union. We took the opportunity to pick the brains of young Londoners, who remain deeply divided on the Brexit topic.

When arriving in London on the eve of this referendum, of pivotal importance for the future of both the United Kingdom and the wider continent, there are few signs that such a historic event could be about to take place.

There's little evidence of activis, both pro- and anti-EU membership, and I see very few posters adorning the streets as a last ditch attempt to convince undecided voters. Only when I reach Westminster – where flowers have been laid in memory of Jo Cox MP, assassinated on the 16th of June at the height of referendum campaigning – do reminders become visible that the vote will soon take place.

Yet young British people are all too aware that it is their future that will be decided over the next few dozen hours.  But even if I speak to many worried people, their opinions diverge wildly when it comes their causes of concern.

Are you in or are you out?

It's an obvious first question, and one that clearly illustrates the differences in how the city's young people perceive the EU. For Robin (24), a waitress in a cafe, "The European Union lets us benefit from the cultural contributions and wealth of other countries." She will therefore be voting Remain. As will Johnny (28), who says, "The Union is not perfect, but it's better to try and improve it than just leave, which will be dangerous."

Anna (26), who works for an NGO for the protection of children, is more direct, insisting, "We, the younger generation, are all born Europeans. I feel more European than I do English." 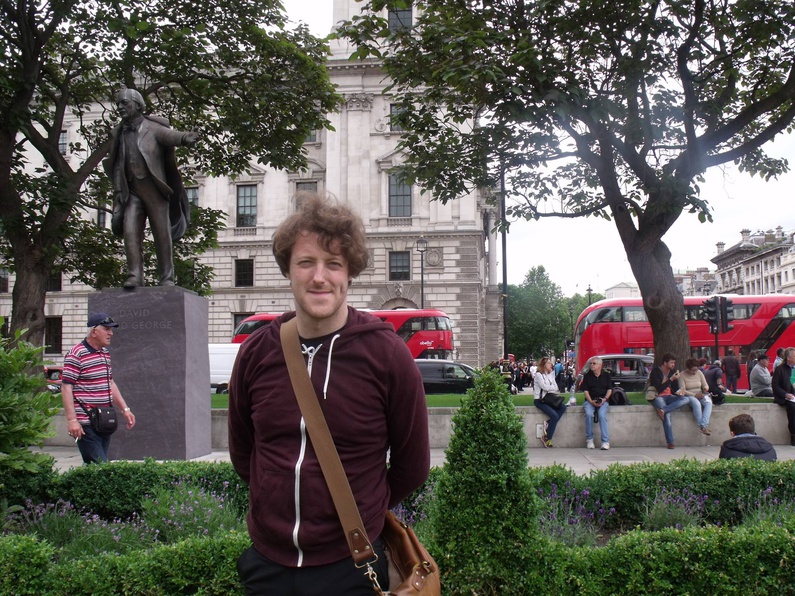 This point of view completely contrasts with that of Ben (31), an actor and comedian. For him, "The European Union is far more corrupt that the British government. If we haven't managed to reform it from the inside, it's better that we leave."

Andrew (24), will join him in voting for Leave. He thinks this will be a way to "control immigration and make the country better" – an argument that isn't shared by his friends sitting around him in the coffee shop.

Even if opinions are so markedly split, the arguments being called open are never the same. Some draw on issues of the economy or culture, while others prefer to talk about immigration and institutions. Ben also brought up this issue: "We've heard hundreds of different arguments over the last few days, there's far too many different elements to discuss."

If you want to place a bet, the Remain camp appears to hold a small advantage in the minds of the young people we spoke to. Andrew, for example, predicts a replay of what happened during the Scottish independence referendum. The polls predicted a very close result right up until the last moment, before the country ultimate voted to stay a part of the United Kingdom.

Sarah (26) and Malkhan (27), also work for an NGO. They feel that "the Remain camp is going to win, but only slightly". Johnny, who works in a pub, predicts that the result will be split 60% in favour of remaining in the Union. Only Ben, as a Brexit supporter, thinks, "Lots of people are calling for the UK to leave."

Last week, referendum campaigning was brutally interrupted by the tragic assassination of Jo Cox, a Labour MP and avid supporter of the EU. Campaigning was halted for two days of commemoration – before hostilities recommenced. Several commentators underlined the potential impact that the murder of the Yorkshire MP could have on polling.

What do young Londoners think? Robin argues that the tragedy will not have a significant impact on the outcome, because "people who are already convinced aren't going to change their minds". Ben agrees, whereas Allen (20), a student, would like to say that the killing won't have electoral repercussions, "But there surely will be some."

Nevertheless, if there's one thing that everyone we spole to can agree on, it's that the referendum has changed the UK's political climate. Andrew is convinced that it has "strongly divided society". For Rachel (22), "People aren't listening, and aren't accepting other people's opinions." Johnny feels the same. He argues, "Nobody understands each other at the moment. Neither the pro-EU nor anti-EU camps will listen to the other."

Malakhan goes further, provided our sombre closing statement: "The debate surrounding this referendum has drawn out some of the UK's old demons that have lain dormant for several years. The campaign is focused on the immigration question." Allen feels that he can point to an obvious racism within British society. Has Brexit campaigning opened Pandora's box?