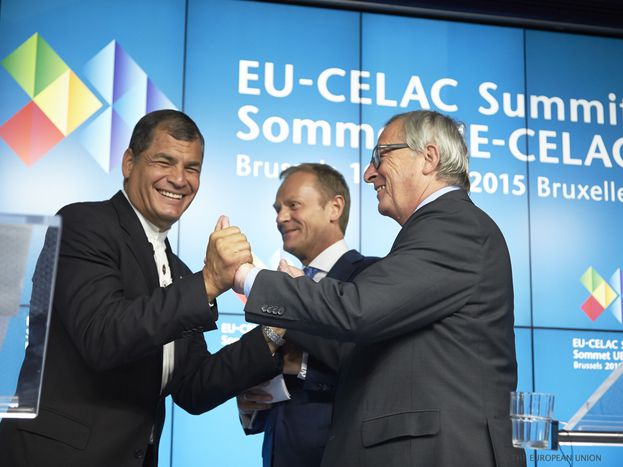 EU-CELAC: Latin-America in a quest for conquer Europe

Last week the European Council hosted the 2nd summit between the European Union and the Community of Latin American and Caribbean States (CELAC). The aim of this meeting was to reinvigorate the relationship between the two regions, which represent 30% of the global economy, and to strength the links of cooperation on different initiatives.

“CELAC and the EU will focus over the next five years on battling poverty and inequality, promoting education, science and technology, addressing climate change and other environmental issues, financing development and maximizing the potential of the two regional organizations as an international block,” the summit co-chair, Ecuadorian President Rafael Correa, said. 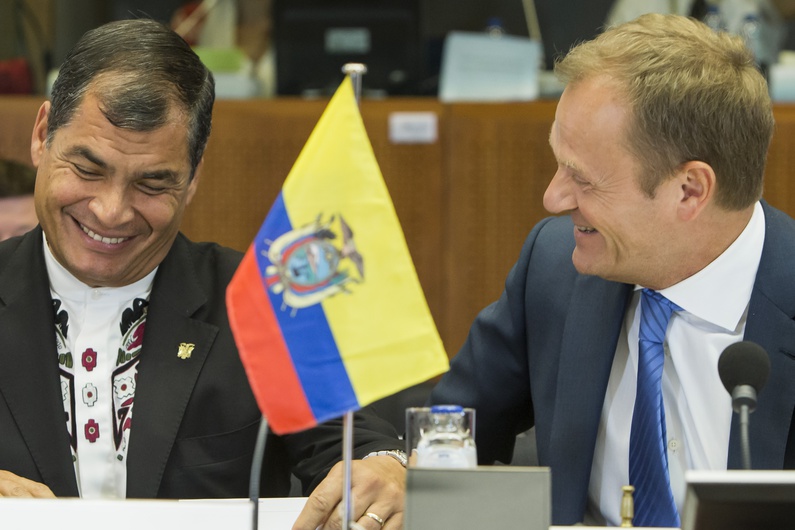 Currently, the EU has signed Free Trade Agreements with almost all the Latin American countries; bilateral treaties with major players such as Mexico and Chile, but also with the economic regions: CARIFORUM, SICA and the CAN. There are still a few countries with heavy tariffs and trade barriers for European products, like Argentina, Brazil, Paraguay, Uruguay and Venezuela which are part of the MERCOSUR. These are the missing pieces for achieving a fully integrated economic partnership within the region.

The EU recognised the efforts of the different CELAC members towards the development of the region during the last decade; this has contributed to improved EU-CELAC relations for an egalitarian partnership in the International Fora. The EU is committed to being a strategic partner for Latin-America, for which it has take different steps to foster economic development in the region. It has allocated 2.5 billion euros in funds for cooperation on key sectors like education, innovation, and the environment, and an additional billion for the Caribbean region for tackling climate change. Also, it proposed the creation of a roadmap for developing the partnership, identifying specific goals that can be accomplished in the short and medium term that will bring tangible benefits to the citizens of both regions.

Within the framework of the Summit, the EU signed a new agreement with Colombia and Peru to eliminate the Schengen Visa requirement for their citizens. This will consolidate the EU’s partnership with the Pacific Alliance group (México, Chile, Colombia and Peru), easing cooperation and investment on both sides of the Atlantic. This measure should be in effect by the end of 2015.

All the countries also agreed to promote good governance practices based in democracy, inclusion and transparency. They have condemned all forms of violence and disrespect of human rights, making some reference to the situation in Venezuela; nonetheless they didn't find unanimous consensus to make a strong declaration against the Venezuelan government. On the declaration, they encouraged the Colombian government to conclude an agreement with the FARC to end the long duration armed conflict. Bringing peace to the region will certainly help in bringing foreign investment for job creation and economic development. 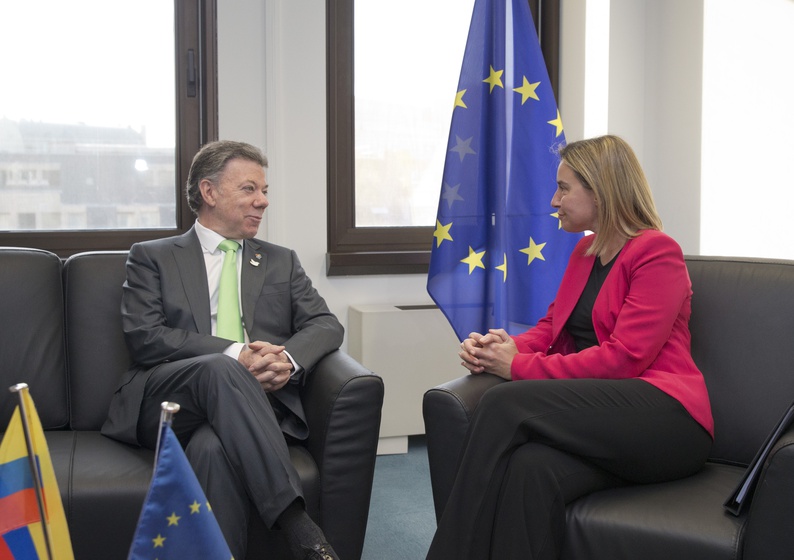 Colombian President Juan Manuel Santos Calderon held several bilateral meetings aside from the Summit to gain allies to support his strategy for ending the armed conflict in his country. He also promoted Colombia as a strategic partner for the EU. Part of his efforts of repositioning Colombia as one of the growing ‘emergent economies’ paid off with the Visa Waiver Agreement, which was followed by other countries like Switzerland, Norway, Liechtenstein, Ireland, Thailand, and the Dominican Republic.

Aside from all the negotiations for new economic partnerships, climate was undoubtedly one of the main issues that was supposed to be addressed during the Council. Upon their arrival in Brussels, some Heads of State and Government affirmed their willingness to bring the climate issues to the forefront in order to start negotiations with Latin American countries. “We Europeans will meet with Latin Americans to speak mainly about climate, as that is French diplomacy’s priority ahead of the climate conference in Paris,” French President François Hollande said.

Despite the paramount importance of climate issues ahead of the COP-21 Conference, one can regret that there has been no significant progress except a series of non-binding statements on the need to combat climate change.