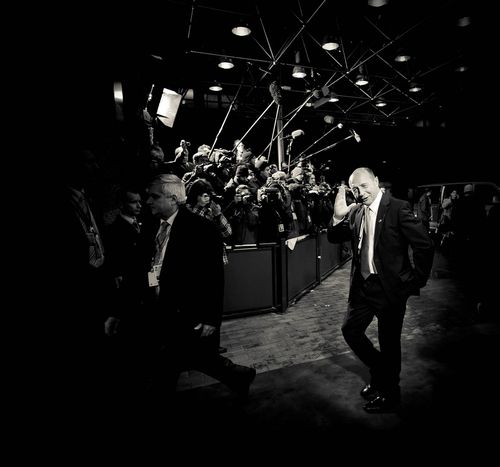 On 16 December the bulbs flashed and the cool cats came out for the European union's winter summit. The keyword was debt - and the 27 heads of state agreed on keeping a common bailout mechanism, which will replace the current bailout fund in 2013, and make the member states less sovereign. Our Scorpix photographers kept out of the limelight, preferring to give it to the chicks and cads making the euro decisions in the Belgian capital. Guess who?