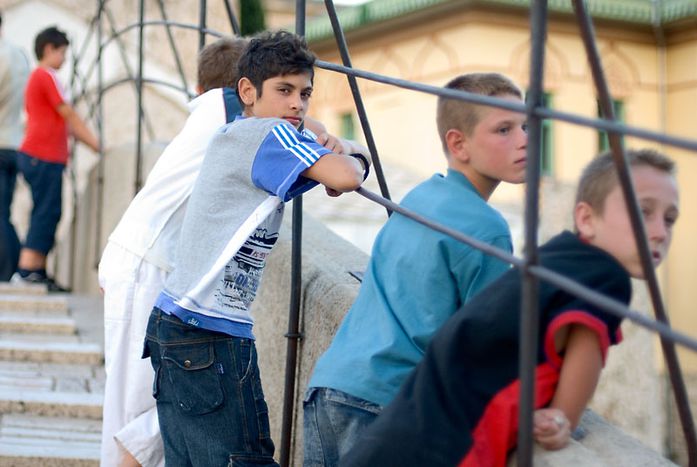 The UN announced an extension of the EUFOR peacekeeping mission for another year on 20 November. EU foreign ministers confirmed that the EU would play a bigger role in Bosnia ten days before

Thirteen years ago, the Dayton Agreement stopped the bloodshed of ethnic cleansing during the 1992-1995 Balkans war. Brokered by the international community, it also unintentionally set up obstructions to a functional multi-ethnic state. It froze in place the warring parties by establishing two largely autonomous entities. The Bosniac-Croat Federation and the Serb Republic both have their own president, parliament, government, police and judiciary. But the constitution provides each of the tripartite ethnic groups - Serbs, Bosniacs (Bosnian Muslims) and Croats - the right to block decisions of the central institutions, weakening these by declaring them to be destructive to the vital interest of the group.

Nationalists have rendered the normal functioning of Bosnia practically impossible

Some analysts say that, preoccupied by the rights of ethnic groups rather than those of citizens, the Dayton constitution locked Bosnia into a cycle of never-ending nationalist disputes. This was proved again in the local elections on 5 October. By employing ethnic hate-rhetoric rather than local issues and using the veto, the nationalists have rendered the normal functioning of Bosnia practically impossible. The main Bosnian parties agreed to EU demands to change the constitution in early November. However, this is likely to further escalate ethnic tension.

The Bosniacs see the Serb Republic’s existence as the result of the ethnic cleansing committed during the war. They ‘accepted it’ at gunpoint for Dayton. Bosnian president and Muslim tripartite member Haris Silajdzic has frequently called for the abolition of the Serb entity. When the Bosnian Serb wartime leader Radovan Karadzic was arrested and extradited to stand trial in the Hague on 22 July, Silajdzic hinted that this should be followed by an end to Republika Srpska (RS). ‘Karadzic is arrested, but his project is alive and thriving. The international community has a duty to erase the effects of genocide in Bosnia,’ he said in an interview with the BBC. Therefore, it is not surprising that the Bosniacs see the EU's demands for stronger central institutions as a golden opportunity to push for a centralised Bosnia. Silajdzic is not going to compromise on cosmetic changes. In 2006, he blocked a package of constitutional reforms known as the ‘April package’, because it failed to weaken the entities as he had demanded.

The Serbs, terrified by the idea of Muslim dominance, have used their veto every time there was a sign of strengthening the centralisation. The outspoken prime minister of Republika Srpska, Milorad Dodik, has repeatedly threatened secession from Bosnia. In a TV interview on 10 October, he said he was ready to ‘wrestle’ with any western troops and then lead his entity ‘to independence’. Analysts believe that an attempt to break away would spark another war.

Role of the international community

The Serbs oppose any further intervention. ‘Foreigners have turned our country into an international laboratory to test projects which have nothing to do with Bosnia-Herzegovina,’ declared Bosnia's prime minister, the Serb Nikola Spiric, to Bosnian centre-right daily Dnevni Avaz (‘Daily Voice’) on 13 September. Dodik has stressed that the changes to the country's highest legal documents ‘do not belong to anyone from outside.’ But Bosniac politicians counts on the international community. ‘Both the US and the EU should work on fixing what they have done,’ said Sulejman Tihic, chairman of the Bosniac SDA (party of democratic action), to Bosnian daily Dnevni List on 31 August. The paper is popular amongst the nation’s Croats. 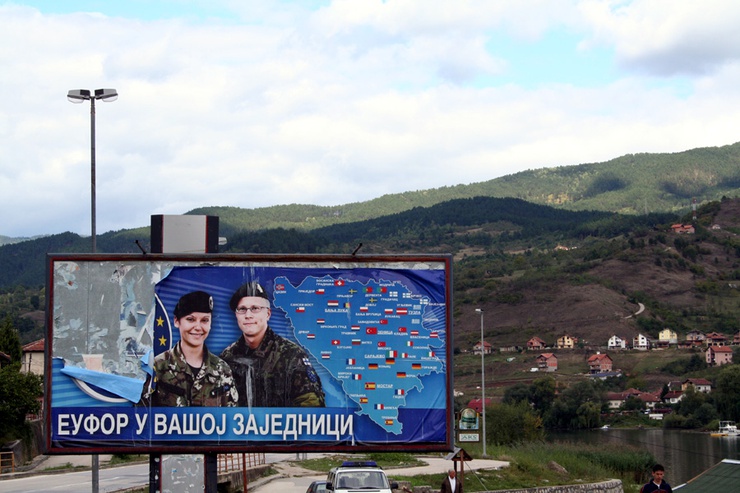 The international community wants to keep the present arrangement. ‘Republika Srpska does not have the right to secede from B-H (Bosnia-Herzegovina). At the same time no one can unilaterally abolish RS,’ said the high representative Miroslav Lajcak on the office of the high representative website on 30 January. ‘B-H is an internationally recognised state, its territorial integrity is guaranteed by the Dayton Peace Agreement and its existence cannot be questioned.’ At present, the international community has the ultimate authority in Bosnia. Its high representative can impose laws and sack obstructive officials. Observers do not think it will remain after its budget ends in June 2009. This may be decided at the meeting of the Peace Implementation Council on 19 - 20 November. The EU, which will take over, favours Bosnia's ownership of the process. It is unlikely to retain the absolute power of the high representative.

Analysts and diplomats believe that Bosnia cannot do without the international presence yet. No domestic force is able to challenge the status quo. However, the international community must change its approach to reconcile the ethnic groups. Bosniacs need to accept the existence of the RS and stop linking it to the crimes committed during the war. Serbs need to stop thinking that every proposed change is a threat to their interests and very existence. The international community has to create an environment of trust between the ethnic groups and to support emerging moderate politicians.