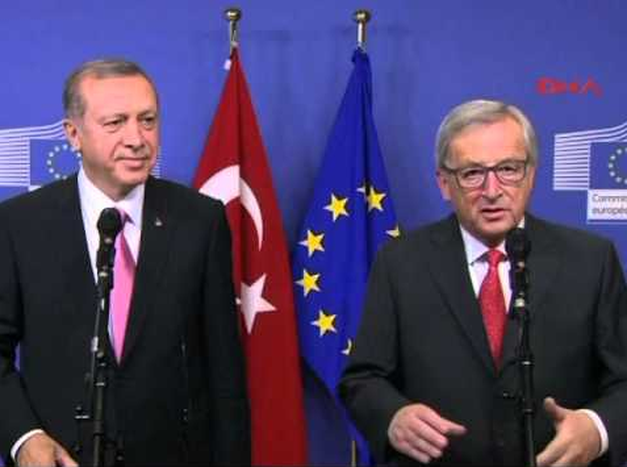 EU and Turkey: Friends or Foes ?

Brussels  was the stage for yet another Summit with a focus on Turkey and the current refugee ‘crisis’.  Amongst the outcomes of the controversial deal, the Byzantine country requested an extra €3 billion  from the European Union amidst Western criticisms over Turkish authorities seizing an opposition news  agency.

Nothing has really evolved since the last Summit, in November 2015, when Turkey agreed to cooperate with the EU in exchange for facilitated mobility within the Union, a pre-requisite for a gradual fully membership. Early in February 2016, the Member States decided on an agreement on how to finance the €3 billion EU refugee facility for Turkey; thereby, the EU is set to disburse €1 billion, and the Member States another €2 billion. The contributions from the Member States are based on their gross national income (GNI) and you can see here how much each Member States will pay out.

At the last EU-Turkey Summit (March 7th), Turkey demanded an extra €3 billion to handle the flux of refugees wedged in the country. Also part of the arguable deal is to withdraw “irregular migrants”, including Syrians, crossing from Turkey to Greece, and for each Syrian sent back, a Syrian in Turkey would be resettled in the EU, as well as the creation of safety zones in Syria. EU leaders are considering the Turkish proposal amidst a chorus of voices calling on protection and dignity for the migrants. Next week, yet another Summit will decide the fate of the migrants and refugees.

Nonetheless, the relocation plan introduced in May 2015 was originally intended to send 40,000 asylum seekers from Italy and Greece to other Member States. Later on, in September, the number rose to 160,000 relocations. Until the present moment, only 660 migrants have been placed in Italy and Greece.  In Portugal, due to receive 2,883 migrants but so far only with 63, many social institutions are fully prepared to receive migrants but they seem not to arrive. Why is the EU being so sluggish rolling on from Summit to Summit?

The Unspoken Voices of Refugees and Migrants

After the plan had been formally announced, a rain of critics fell over the decision-makers. “Refugees should not be used as bargaining chips. The integrity of the EU’s asylum system, indeed the integrity of European values, is at stake,” said Bill Frelick, Refugees’ Director in Human Rights Watch.

Iverna McGowan, Head of Amnesty International in Europe, claimed “ the idea of bartering refugees for refugees is not only dangerously dehumanizing, but also offers no sustainable long term solution to the ongoing humanitarian crisis.”

After closing its borders with Syria, Turkish guards are allegedly shooting at Syrian refugees drifting near the borders. This perturbing disclosure was recently announced by RT, where Andrew Gardner, researcher on Turkey for Amnesty International, asserted that Turkish guards regularly shoot refugees stuck at the border with Syria.  “Now, the information we received via Syria doctors is that there are reports of two or three people being shot every day trying to cross the border irregularly,” he said.

Green MEP Ska Keller has not hidden her indignation concerning this delicate situation. “Turkey is a country that uses its army against its own people, it is a country where reportedly border guards have shot at refugees, it is a country where press freedom is under attack and the European Commission wants to declare it a safe third country? Does the European Commission really believe this?” As for the Parliament’ President Martin Schulz, “for the benefit of refugees, we need to cooperate with Turkey,” he said.

“The commission – which had no problem telling Greeks which way to vote in July 2015 – would surely have no problem supporting democratic parties against repressive ones in Turkey,” wrote Paul Mason in The Guardian.

Freedom of Expression in Turkey

The Turks, under Erdogan’s administration, are suffering a violent curb on their civil liberties and freedom of expression. On March 4th, Zaman, the largest opposition newspaper in Turkey, was seized. While the team was waiting for a police raid on their offices, the network channel CNN Turk was running a story on an earthquake in Japan. 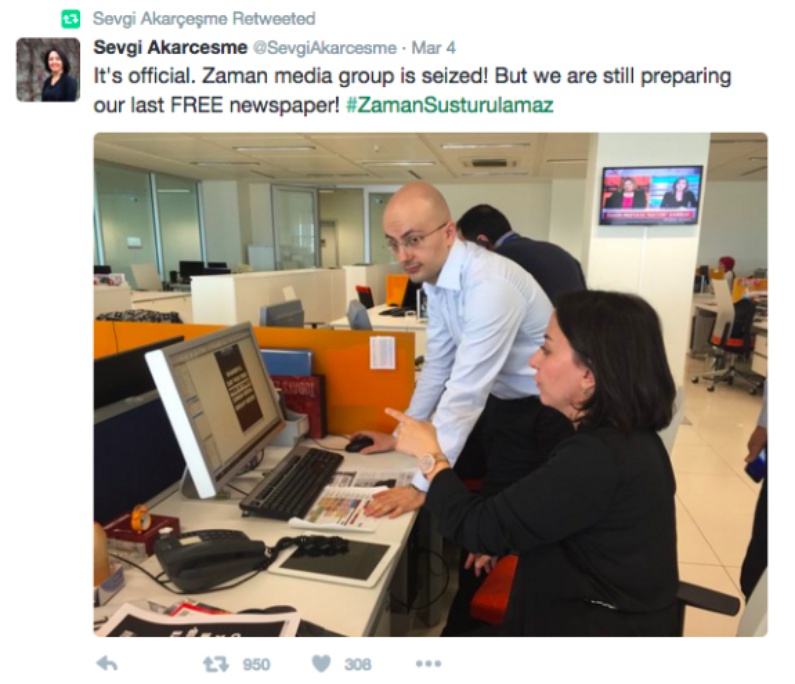 On March 8th, Cihan news agency was yet another victim from the Turkish government, which will now appoint administrators to run the newspaper. Both Cihan and Zaman are part of the Feza Gazetecilik media company.

In late November 2015, Tahir Elci, a Turkish human rights lawyer was killed in cold blood, in the middle of the street in southeast Turkey, while doing declarations to the press. Elsi had faced a criminal charge for supporting Kurdish rebels. Is death remains unclear.

On November 22th 2015, the co-president of left party HDP (Peoples’ Democratic Party), Selahattin Demirtaş, escaped an assassination attempt while he was inside of his armored car.  The HDP is a secular opposition party, which supports and defends the existence of the Kurdish people. After the general elections in June 2015, the HDP managed to assemble 13,12% of the electorate, becoming the fourth political force in Turkey. According to Index Censorship, 7 journalists were killed in Turkey since 2014, and 2 were killed so far in 2016.

The EU is between a rock and a hard place. Facing itself with thousands of migrants and refugees at its doors, Europe needs external support to be able to control and manage the process of integration – especially from Turkey, the country with the power to control the flow of migrants into Europe.  In turn, Turkey insists in becoming member of the EU, asking for free-visas before the ends of the year. At the same time, Erdogan seeks an ally in the EU, after relations with the US became worse following alleged American support for Syrian Kurds. Nonetheless, the sealed deal between the EU and Turkey seems to go beyond the comprehension of democratic minds.

To begin with, scrutinizing migrants into “regular” and “irregular” should be considered a Human Rights’violation, especially considering that many of them are currently paperless, doomed to become statelessness. Second, the creation of safety zones in Syria? Seriously? Third, according to the Copenhagen criteria defined in 1993 by the Council, any Nation that wish to become a member state must comply with a number of principles, including the guarantee of democracy, the rule of law, the respect for human rights and the protection of minorities.  Do I need to wonder whether Turkey fits the criteria? Will the EU close its eyes and continue shaking hands with a non-democratic leader in exchange of facilities?