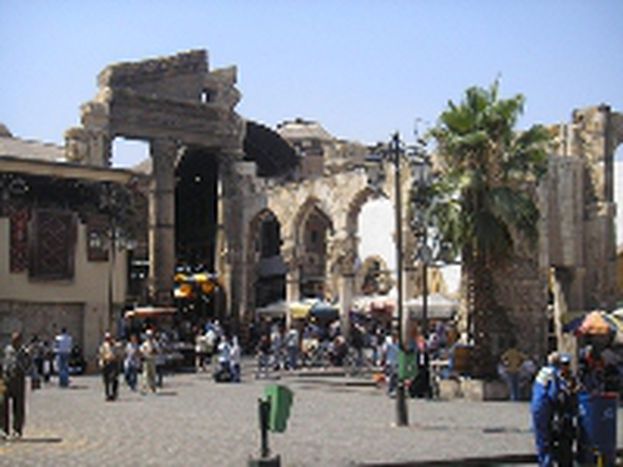 EU and Syria start over

Syria is the only Mediterranean country which has not signed an agreement with the EU. Can a timely carrot-and-stick strategy re-engage both?

Interfering in the Lebanon conflict, endangering human rights and supporting Hezbollah. These are three of the severest thorns pricking the European Union’s ongoing evaluations of Syria. The EU-Syria association agreement report, by Véronique De Keyser, along with the resolution adopted by the Strasbourg Assembly on October 26 last year, speaks loud and clear: ‘it is difficult to envisage deepening our relations with Syria.’ Nevertheless, signing this agreement continues to be a goal, to ‘contribute to a better political and economic climate’. Damascus needs to be anchored closer to Europe.

Syria is the only long-standing partner out of the nine other Mediterranean countries under the Barcelona process, who hasn't signed an agreement with the EU. In 2004, ardent negotiations with Damascus concluded with the rubric of a definitive text. However, the Council has never given the green light to this text.

But the shower of financial aid has not stopped. The importance of the EU in the Syrian economy remains intact (see factbox at the end of article). In 2005, the MEDA programme granted millions of Euros to Syria to support non-profit organisations and to help develop smaller and medium-sized companies.

Financed with 2 million euros, the programme was focussed on creating an environment which strengthened the role of civil society. In a timeframe stretching from 2007 to 2013, Syria enjoys the disposal of funds from the European Neighbourhood and Partnership Instrument, which succeeded the MEDA programme. The total resources for beneficiary countries reached more than 11 million euros (to be shared during the entire period.) The one condition was that this sum would be used for the promotion of good government, social development and equitable economy.

What the aid organisations say

Importance is allocated to those projects which try to build up public administration. These type of measures do not immediately produce fruit, but usually work out along the way. Brussels maintains that an efficient public administration has positive effects on the competitiveness and level of democratisation of the country.

An example of this is a consortium financed by the European Commission. It is formed by three partners who specialise in the sector: the Greek PLACET, the French BCEOM and the Italian FORMEZ. When it gets to work in January 2007, aims such as supporting the three Syrian organisms which play a key role in the modernisation of economic politics, (the Ministry of Finance, the Ministry of Economy and Commerce and the State Commission of Planification), should be achieved, as well as promoting the ‘change in mentality’ of the economic and political ruling class of Syria. The process is to be finalised in April 2008. It will be focussed on reorganising direction and company structure, whilst optimising working processes and the human resources area. It is the first time that a field such as this, the immense Syrian cultural sector, has expressly requested intervention. This is according to indications by Syrian experts who showed an interest in the project.

What will drive member countries to finally cooperate with Syria? ‘In the case of Italy, relations are growing with time. Recent agreements, such as that regarding the protection of investments, should lead to a growth in the general presence of Italian investors in Syria,’ explained Lucia Santuccione of FORMEZ. ‘Economic and cultural relations have also been strengthened between Italian and Syrian institutions, which could lead to even more growth. It could result in the pacification of the zone and in overcoming political crises which spiralled in 2006.’

Certainly, with suspicions over the Damasus’s alleged role in the November 2006 assassination of Lebanese politician Pierre Amine Gemayel, the situation looks far from being resolved. Nevertheless, ex-White House candidate John Kerry’s December 2006 trip to Syria with two other Democratic senators could be a sign of the close relaunch of relations between Damascus and the West.

EU Commissioner for external relations, Benita Ferrero Waldnerm clarified her position before the European Parliament on October 26, encouraging ‘Lebanon and Syria to have positive diplomatic relations’. The Association Agreement will continue to be beaten out over the table, in the hope of an eventual decision from the Council. Syria’s recent declarations bring the fulfilment of UN Security Council Resolution 1701 closer, to take up peace negotiations with Israel again, albeit harmonised in the right direction.

It is now necessary to see some results. If Syria can confirm their will to unblock the situation, it is possible that the EU can sign the agreement and resolve matters before the year really kicks into swing.

The percentage of Syrian trade with the EU, Syria’s first partner