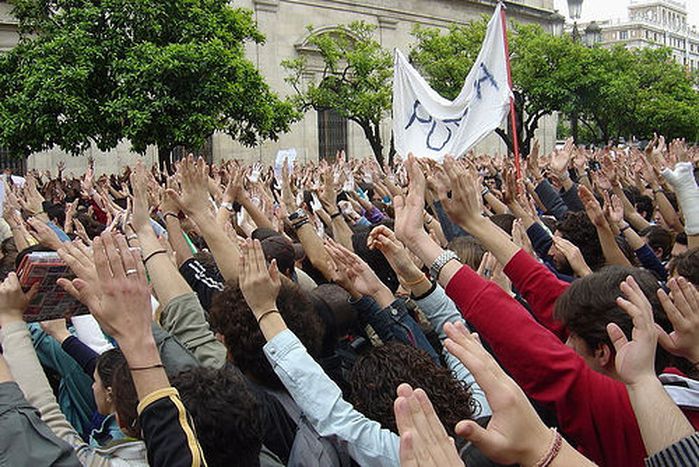 I hear the echo on 3 December less than 100km from my house. A man falls to the floor after repeated shots in the chest and head. It hurts to be Basque at these moments, when the pride of belonging to this magic and milenial people is torn out of you again; the terrorist group condemn us to living in the hell of identity 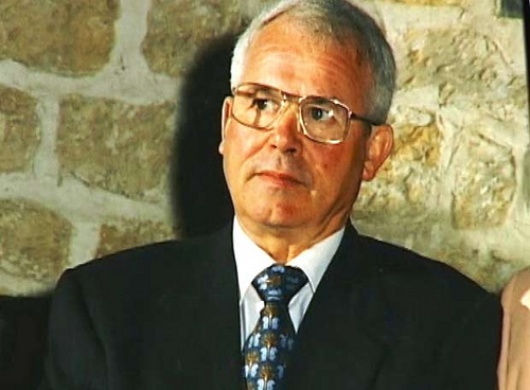 In the time it’s taken me to start this piece, the latest ETA victim has died, taking with him another hope, another wound which suffocates this town. Our ideals are converted to death, our homeland is a guillotine.

It’s number 825. In its fifty years of bloody existence, ETA has given us 825 reasons to feel miserable. Each time it is more cruel, more unnecessary. I’d like to think it’s the last time everytime, but ETA remain convinced that they need to free us, to save us from ourselves. In fact, we want to save them. As French writer and philosopher Albert Camus said in 1960, I should like to be able to love my country and still love justice.

In its fifty years of bloody existence, ETA has given us 825 reasons to feel miserable

They’re brave with their guns. They’re the wise ones who prefer to kill before giving their own lives for their country. They are the freedom fighters who are assassinating their beloved people. They are the heroes who are distorting our dreams into nightmares. They are the real patriots, the authentic abertzales, the guardians of all Basque essences, the only ones worthy of judging who deserves to live and who deserves to die.

They almost make us smile, with their not wanting to kill, threaten or corrupt. We feel sorry for them and disgusted by them today, really sorry and really disgusted. Their people don’t love them. Their patriotism is not needed. Every time there are less, every time they are more cowardly.

Terrorism is an unhappy fate that the Basques share in common with many other countries, cultures and religions, where the minority lives in fear, and is powerless in the immensity of globalisation. The echo of each bomb, each round, each death and each threat reaches our ears and we can’t remain indifferent. As Ernest Hemingway said, for whom the bell tolls in Bombay, New York, Lebanon, Bali, London, Palestine, Madrid, Baghdad, Azpeitia or Kabul. In every cell, detention centre or confinement where human rights exit through the right window and a person is tortured, in every war or conflict which is provoked or encouraged by your country where people are assassinated or forced into exile or to live in refugee camps. The bell does not toll for you.

The European Union is a good test of all this

It hurts not only to be Basque, but to be a citizen of the world and turn on the television, listen to the radio, read the paper and see that even in the twenty-first century, we still haven’t learnt that the bells toll here and there, but that it is always for every one of us. We are brothers, cousins, members of one big family which is condemned to understand one another. The European Union is a good test of all this. Centuries of fierce fights, brotherly wars and confrontations have ended up making space for a co-operative project. No other destiny is possible. If we want a destiny, of course.