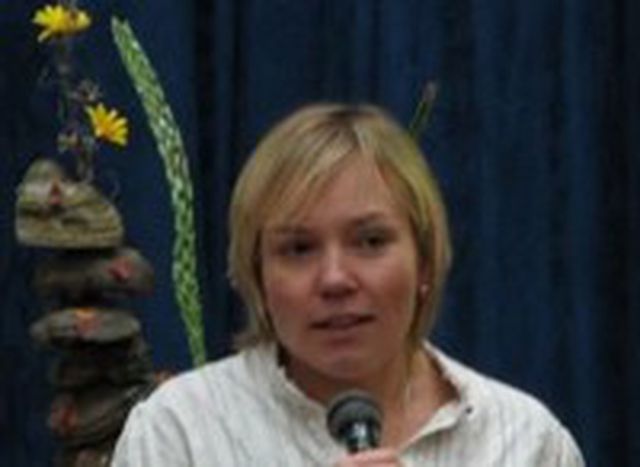 Estonian, language of the future?

From September 2007, the Russian minority have to officially learn Estonian in secondary schools - Irene Kaosaar, the head of linguistic minorities, on a 'transition' not a 'reform'

'I don't agree with the use of the expression 'reform.' It's a word which is too heavy to describe what is happening in Estonia. It's better to speak about a transition, what we are talking about is not about what is being taught for one single hour a week.'

With these words Irene Kaosaar, head of the Ministry of Education’s minorities department, opens the debate about Andru's Ansip's government's newest decision. Thousands of Russian-speaking secondary schools find themselves with a new language which is compulsary to learn – Estonian. 'If I wanted to move to another country like Italy or Germany one day – what could I do without having had the opportunity to learn Italian or German? Could I find work? Unfortunately, here you often hear young Estonians and Russians speak to one another in English, and this can't go on. It would be nice if we could both use the national language in which the constitution itself is written in.'

Now that Estonian is taught officially in school, why hasn't it entered more into the lives of this national minorty?

Some say it is a difficult language, which I don't agree with. I am sure that the way it is taught is not very efficient. The willpower of students is fine, but trying to have a normal conversation is almost impossible. I understand, I had the same problem with English. One thing is to study the grammar, another is to use the language itself.

Can one hour of Estonian classes a week change things?

No, it's not enough, and that's why I prefer to talk about transition. The government's plan is to use the national language for 60% of material in 2011. It was supposed to have been launched in 2000, but we are still on time. We want it be be more than just simple school education, but to find more things in common with each other rather than concentrate on the difficulties.

For example, we all love our children. We try to start here and try to organise something which unites parents with their children. If language becomes an instrument to use for something, then its use will expand too.

One day a young Estonian Russian told me that his family and friends are Russian, who don't need to learn the Estonian language, and that they can use English for the work world.

These are exactly the people who we need to make understand about the importance of knowing Estonian. Look at the university. Courses are in this language and not understanding it means that there is a huge entrance barrier, and with that a barrier to future jobs. Unfortunately here we still have many people who continue to think only about the past, in 750 years of having no problems in getting a job if you spoke Russian during the soviet era. Of course, it's our history, we can't deny it, but today we are an independent nation with an official language consecrated in the constitution. It's made up of people from different origins, seomthing we need to learn to live with as an enrichening factor, not a problem. Not long ago, I was in Greece and it seemed natural trying to compare it with Estonia. There as well they continue to debate about Macedonia, the years of dictatorship and Turkey as a perspective of the past. But of course it would be much more useful to look ahead and prepare the future better.

How do you see Estonia in the not too distant future?

I consider myself a bit of an idealist, but I think it's not too complicated to have a country like Estonia made up of two or three different but integrated parts.

Lastly, what do you think of Amnesty International, who accused you of discrimination against the Russian minority?

I am sure that no type of discrimination exists here. Reading the newspapers you can see that it is difficult to understand their reasoning. I hope that with our efforts they will soon see some positive aspects of our nation. Now everytime Estonia is discussed it is to talk about a problem. In terms of the support and criticsm of European institutions, I think it would be useful for the EU to be capable of having just one single voice, and not to confuse people.