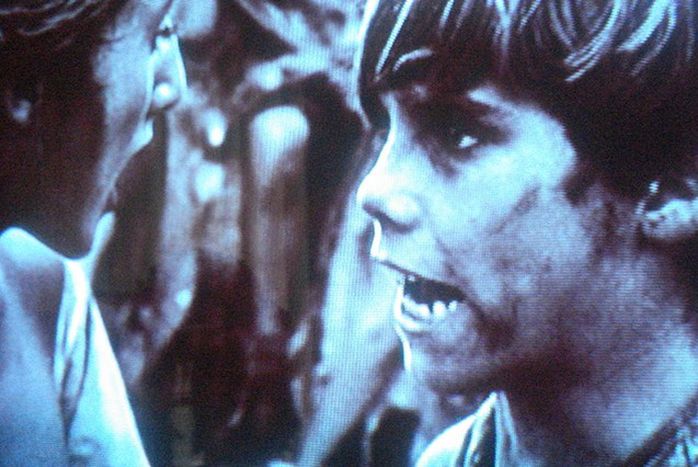 The presumed perpetrator of the attacks in Oslo and on Utøya island is in court on 25 July. The 32-year-old, who has been classed as a Christian fundamentalist, has confessed to killing at least 93 people on 22 July.

Europe's right-wing populists are the intellectual instigators of this attack, say some commentators, while others say more attention should be paid to the fears of islam and multiculturalism

In the 'manifesto' he published on the internet the confessed attacker Anders Behring Breivik describes himself as a modern-day Knight Templar in the battle against islam and the elites, citing right-wing populists like Dutch politician Geert Wilders. These people are intellectual arsonists, writes the Dutch left-leaning weekly: ‘The leading European populists and islam haters will probably try to depict him as an isolated madman. They will say that this was not what they meant when they talked of their 'total war'. Perhaps this is true. Perhaps a few of them will be prompted to reflect and realise that freedom of opinion is not a carte blanche for boundless hate fantasies, that words can weigh heavily and have political and moral consequences. But now the evil has been done. Europe's security forces must thoroughly clean out the right-wing extremist networks, and the voters must castigate the populists for the rubbish they talk, otherwise more such tragedies will happen’ (Aart Brouwer)

The massacre in Norway was an attack on our free, democratic society, writes the Swedish liberal daily, and calls on everyone to defend themselves: ‘The man who spread fear and terror in Norway for several hours was driven by bitterness towards the open society. If we really want the terrorist in Norway to fail in his endeavour, we must do precisely what he is trying to prevent. We must become socially committed. If you have ever thought about joining a political organisation or about raising your voice on an issue you feel strongly about, then now is the time to do it. Hatred, extremism and intolerance are unusual organisms, because they breed best in a vacuum. The best way to kill them is with fresh oxygen, with arguments, open discourse, the free exchange of opinion. Terrorism's most important weapon is intimidation. If we want to stand up to it, we must come out of the background, raise our voices, state our opinion, argue tirelessly for openness, tolerance and freedom, and against threats, narrow-mindedness and xenophobia. We must not be afraid’

The mass murders committed by Anders Behring Breivik in Norway are proof in the eyes of the Czech business paper that islamism is not the only danger: ‘Europe has been deprived of the common illusion that it only has to defend itself against external enemies, that it is only the islamists who will stop at nothing to destroy our world. The suppressed reality that any kind of extremism is dangerous, irrespective of its religious, ethnic or national origin has hit us with brutal force. Breivik may have been a crazy loner but this kind of craziness doesn't come from nowhere. Everywhere in Europe right-wing extremists are on the advance, claiming to defend national values. For Europe this means two things: the security authorities must re-analyse the nature of the risk looming over us. And the political parties should be more aware of people's discontent with the European project and the multicultural society’ (Petr Honzejk)

The suspected attacker Anders Behring Breivik posted his 1, 500-page, 'manifesto to save Europe', outlining his racist convictions online. These statements are marked by the same unease about immigration and other cultures that underlies commentaries posted by other people on the web, the liberal conservative Austrian daily notes: ‘Among those who give vent to their feelings [on the internet] there are many who in the real world lead an honest, conventional existence. One should trust that violent excesses like those of Oslo and Utøya will provoke a certain degree of reflection. To denounce people who can't cope with the social changes that immigration and the removal of cultural boundaries involve as incendiaries of terror will not solve the problem. One can only go back to business as usual. But the issue at the top of the agenda should be how we can bring the debate about the chances and risks posed by our new social realities out of the aggressive anonymity of the virtual world and back into the realm of political discourse’ (Michael Fleischhacker)

‘Ensure he doesn't become a model for some new monster’ - Eesti Päevaleht, Estonia

The Norwegian attacker and his political declarations should not be given too much attention, warns the Estonian daily, if only because of possible imitators: ‘Did the murderer of Norway achieve his goal? If he derives a perverse satisfaction from the sight of blood, that doesn't cast him as a hero behind bars. If he was looking to become famous and to secure the attention of the media, like the majority of school murderers before him, then one should note that this attention wanes quickly. And the quicker we forget the name of this person, the better. A murderer does not deserve to have his vanity pandered to. Hopefully we won't have to read the murderer's memoirs at some point in the future. He is a person trying to prove himself in his own invented world because he can't cope with the real world. The job of the media is to ensure that he doesn't become a model for some new monster’ (Heiki Suurkask)