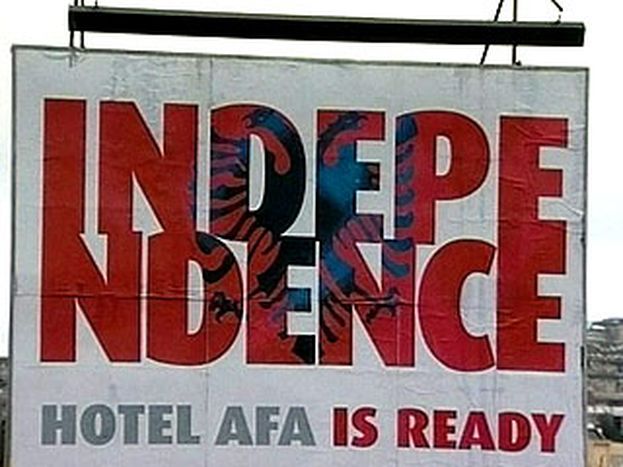 Estonia steps in and declares " Kosovo is independent". Full Stop.Estonian Foreign Minister Urmas Paet participated in a session of the European Union General Affairs and External Relations Council (GAERC) in Brussels on Monday, 18 February. The main item of business was Kosovo’s declaration of independence and its consequences.

The Council of Foreign Ministers accepted the conclusion that the European Union takes note of Kosovo’s declaration of independence. The foreign ministers of the EU decided that each member state will decide on their relations with Kosovo in accordance with national practice and international law. “Today the European Union confirmed its readiness to continue to play a leading role in strengthening stability in the region,” said Paet. According to Foreign Minister Paet, Estonia is, taking into consideration today’s discussions among the EU foreign ministers, prepared to recognize Kosovo’s independence. “Kosovo’s independence will bring clarity to the region, and hopefully also stability, which is referred to in Kosovo’s declaration of independence. At the same time, it is essential that in its further development Kosovo follows all the guidelines contained in the status proposal, also called the Ahtisaari plan,” Paet noted. According to Foreign Minister Paet, providing the necessary international aid and experiences to Kosovo will continue in order to help build up the state. “The European Union designated an EU special envoy to Kosovo. The EU will also send the Rule of Law Mission of almost 2,000 people, which will begin to supervise and monitor the activities of Kosovar authorities in organising the tasks of the legal system, police, border patrol and penal facilities. Estonian representatives will also be participating in this mission,” Paet elaborated. ()