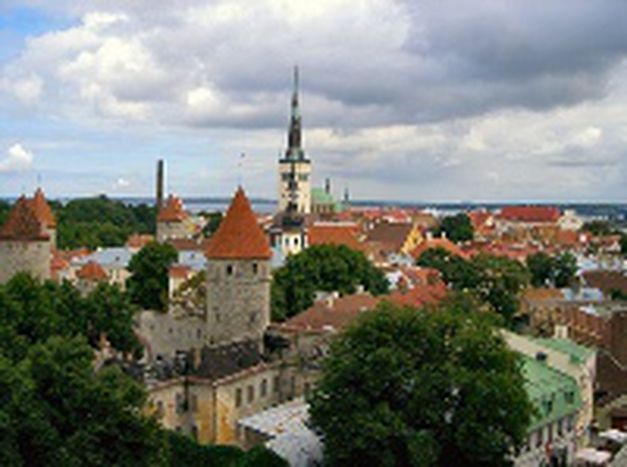 On November 27 - 28, George W. Bush made a flying visit to Estonia – a further step in the tightening of US-Baltic relations

It is the first time that an American President has ever visited Estonia. Bush first visited Lithuania (2002), and then Latvia (2005), despite earlier gestures he had made to pay a visit to Estonia. On the eve of the NATO Summit in Riga (November 28 and 29), George W. Bush made a brief stop-over in Tallinn. There he was met by the ‘bow-tie wearing American,’ as opponents like to call the new president, Toomas Hendrik Ilves. During the Soviet occupation of Estonia, Ilves taught at an American university.

The citizens of Tallinn were less thrilled about the visit, among other things because the whole city and its businesses had to be brought to a halt for security reasons. After this autumn’s elections on September 23, Estonia is committed to gaining a place in the international arena. Even now, ‘Estonia is not yet counted among the European states that are taken seriously,’ according to Ilves. This problem is intertwined with the history of the Baltic States.

Estonia, Latvia and Lithuania are situated in north-eastern Europe, on the edge of the Baltic Sea. This is where east and west meet. Due to its strategic position, the Baltic has always been within the sphere of influence of the ‘Great Powers of Europe’. Estonians, Latvians and Lithuanians were not so much actors as pawns of history. In 1991, these three countries were independent for only the second time in their history. Since then, they have been determined to decide their own destiny for themselves.

Indeed, after over 40 years of Soviet rule, the populations of Estonia and Latvia clock up to being around 30% Russian. Since independence, both states have had fraught relations with the Russian minority in their country. The Russian families, who arrived through Stalin’s annexation of the Baltic, were denied citizenship and had to apply for residence permits. Thus, the Russian minority in Estonia was shut out from the referendum on EU accession in 2003.

Now the Kremlin is trying to use the Russian minority as a Trojan horse with which to influence politics in the Baltic States. In Brussels, Moscow finds people ready to listen. Meanwhile Estonia and Latvia are not quite ready to loosen their policy towards the Russian minorities. In their eyes, the EU and NATO are the only guarantee of real independence from volatile Russian neighbours.

The East still divided by ghosts

This is where the United States and their support comes in. At the celebrations of the 60th anniversary of the end of the Second World War on May 9, 2005 in Moscow, Russian president Putin wanted to reflect on the ‘glory and courage of the Soviet soldiers,’ along with his colleagues from around the world. The invitation caused outrage among Baltic officials. For them, May 9 1945 was just the beginning of years of Soviet oppression, which Moscow to this day still denies.

‘We acknowledge your painful history’

One sentence that causes tons of headaches in the Kremlin. The day before the festivities, George W. Bush made his stop-over in Riga. There, he assured Estonians, Latvians and Lithuanians that he understood their suffering during the Soviet occupation.

Western European countries have so far failed to drum out a statement as clear. They have been giving the impression that they care little for the plight of the eastern EU members. Some might call it déjà-vu: even during the Cold War, the US was the only ‘Great Power’ to acknowledge the illegal encroachment of the USSR into the Baltic States, in the middle of the 20th century.

After the meeting between the three Baltic leaders and the American president on May 7 2005, Latvian President Vaira Vike-Freiberga praised Bush as a ‘great statesman of a great and powerful country, who shows interest in what has happened here.’

With their independence still on shaky legs, the Baltic States feel it best advised to adopt Americanism. The transatlantic orientation of Baltic foreign policy is being strengthened, particularly since the current leaders of Estonia, Lithuania and Latvia spent many years in exile on the other side of the Atlantic. Ilves’ Lithuanian colleague Valdas Adamkus was head of the American environmental protection authority, the EPA, in the 1970s. Vike-Freiberga, meanwhile, built a career in Canada as a psychology professor. On their return, all three have decided to devote themselves to defending their erstwhile country and its interests. Against Russia, but also within the European Union.