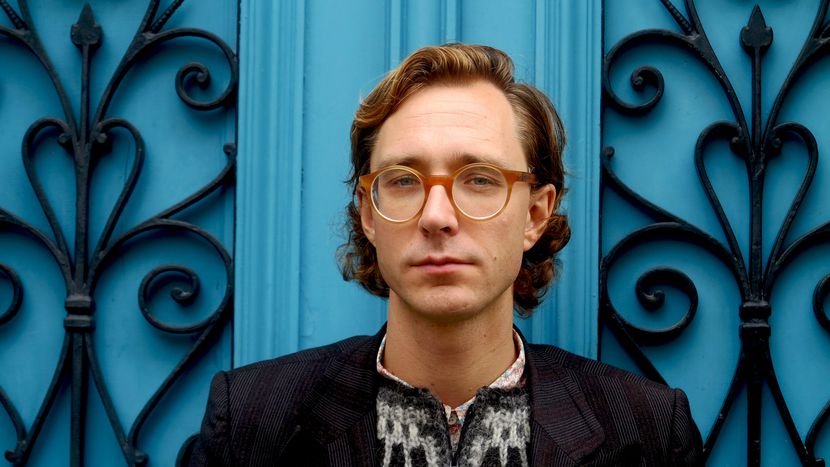 The Norwegian singer and songwriter who recently moved to Sicily after stops in London and Berlin is all about confusion. His new album Legao as well as his constant musical roadtrip translate this mixity. Trip to Øyland.

cafébabel: Last year, when you published your single La Prima Estate, you were wondering whether an album is still the best concept. Why did you change your mind with Legao?

Erlend Øye: To make an album takes a lot of energy. I got a lot back from doing that one Italian song. Legao has been in the making for a long time so I couldn’t really change it. It makes sense to give people an album and to make them choose what they like. It still works.

cafébabel: You worked on this album for six years. That’s a lot.

Erlend Øye: Well, I started to work on it seriously in April 2013.

cafébabel: What took you so long in the reflection process?

Erlend Øye: We recorded some songs and every time you make a change, you have to take time to understand. There is no point in changing something if you’re not sure that it will be better than before. At the end of the process, my father died and the computer system of the mixer guy died. So things get out of your control.

cafébabel: How did you get in touch with Hljamar, the Icelandic reggae band you recorded with?

Erlend Øye: They were playing at the same festival as me in 2010, in Norway. And there was also a café near my home in Bergen. And for some strange reasons they were playing their CD back then. I heard it again and again. I was convinced this music was good. We share a lot of opinions about music, too.

cafébabel: Your new album is a mix of so many different tones, how do you create coherence?

Erlend Øye: Well, I travel a lot. And I am just taking inspiration from where I get. My life is that life. And this is what I like about it. For Garota, the inspiration came to me when I was in Brazil. Legao [cool in Portuguese] is a word I picked up along the way — like a souvenir. Sometimes you end up with these souvenirs becoming songs. I think it makes sense to name records with clear names. So I chose the name of the album as if it was a name for a child. I confuse people a lot. It is very hard to understand: an Italian single and then a Portuguese named-album in English. You travel to a country and maybe you leave no trace. But small things stay with you.

cafébabel: You created your first band Kings of Convenience in the late 90’s in Norway. What was the Bergen music scene like at that time?Erlend Øye: There was a music journalist saying that Bergen is traditionally the worst rock town in Norway. I think it goes in waves. Bergen was really not the best place. But where I grew up there were lots of underground things happening. And very importantly there was a couple of mentors who had understood quite a lot. There was a lot of stuff going on, but I was very rarely inspired directly by music. For example, Neil Young. I never listened to Neil Young. I am inspired by people who are inspired by Neil Young. Because I didn’t have money to buy music. Norway was a really difficult country to be young in during the 90s. There was unemployment for the first time. So I couldn’t get a job easily.

cafébabel: So how did you survive in Bergen?

Erlend Øye: I was just walking everywhere and getting in for free. Bringing with me some chocolate to keep my energy up during the night and getting only water at the bar. But during this time I learned a lot, I never went to school. I was just learning from other bands and from what people were saying. People are very direct in Bergen, they say things like 'no you cannot do that, it’s wrong. That’s not how you should play the guitar.' They are not talking behind your back, but directly to you. I had lots of surprises around the world behaving this way. People were very offended. Like what’s wrong with you? But I understood to get anywhere I had to get out of here. You couldn’t make a living from making music in Bergen. At that time London was THE thing. The place from which you could go somewhere.

cafébabel: Did you hang out in bars eating chocolate in London, too?

Erlend Øye: I actually got a job in London. I was working at a clothes market, the Camden market. There were enormous differences between London and Bergen. When I came to Berlin in 2002, I was so relieved. Germans are so much more similar to Norwegians. Not that Germany is super warm, but it’s in a way that I can understand. I’ve never been really fond of the English private culture. In Norway, you come and visit people at their homes and in England, it is always 'let's meet at the pub.'

cafébabel: You said Berlin was not a city for bands. Why?

Erlend Øye: It wasn’t. When we were there, we had nowhere to get help. There was no one who had amplifiers or a place to record. There was just a high level of amateurism, no one was doing things truly amazing. I am very happy this is over. Now, Berlin is a place where you can rent a proper studio. But I still had a great time in Berlin in the wintertime when I was in my apartment. Hours just passed not knowing the time.

cafébabel: You have quite a good nose for the places to be. How do you pick those places?

Erlend Øye: I am not researching, I am torn to the places, I meet people in some of them and in others, I don’t. When I make connections I will try to do the most of them. For example, I go really well with the Italian way of being. In Italy, you can talk about doing something with somebody – let’s climb this high mountain tomorrow – yes -, let’s fly together in a spaceship – yes -, let’s swim to the bottom of the ocean – yes – and then the next day, you call at 10 o’clock and you actually do it. You confirm. And once you understand the point of confirming, it’s cool. If you don’t call, you are not doing it. This is cool. 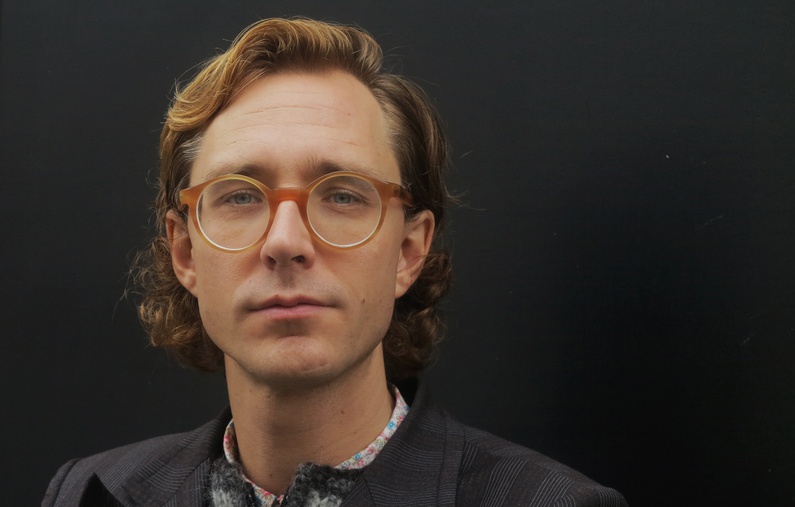 cafébabel: So no Norwegian culture shock in Italy at all?

Erlend Øye: If you want to make something happen in your life, then for sure Italy is not the place. If you are Italian, you want to make a career. But if you’ve already made a career, then all you want to do is live a good life. And this is where Italy comes in. In many ways, I moved there [Syracuse, Sicily — Ed.] to realise my mom’s dream.

cafébabel: Is your family an inspiration for you?

Erlend Øye: In my immediate family there is no one who ever played music. They listen to music but there was no sign whatsoever from my family that I should have a talent in music. So it was my own discovery.

cafébabel: How did you work on your voice?

Erlend Øye: It took a long time for me to understand that my voice was better when I sing quietly. I remember there were some sound engineers in the studios one time that were telling me stuff like: Come on, sing out! That was never a good idea. I discovered my very own style of singing more through an accident when I was singing into a very sensitive microphone. And I was told to be very careful with not making a sound. I sung very, very quietly into that microphone. And this sounded better than anything else. So it occurred to me that singing or almost whispering was my thing. A big discovery was also with Royksopp and how well my voice works with electronic music. My voice is nasal – not very round and big. With music that has a full source of bass, it is a good mix.

cafébabel: You created your very own recognisable style, where do you position yourself in the European music scene?

Erlend Øye: Well, I am not afraid of who I am. I am not afraid of concentrating on it. We have found a way to make quiet music loud enough on stage. It was a huge problem to make me sound louder than the bass and the drums. The last 15 years have been very much focused on quiet music, a kind of bedroom music. It has been really big. But there’s a very thin line between nice relaxing music and very annoying music.

cafébabel: Is it strange to sing in a foreign language like Italian?

Erlend Øye: Just to continue the confusion, I actually recorded that song [La Prima Estate — Ed.] in Berlin. But it didn’t feel too strange, just complicated to sing in Italian. Italian is a very good language for music. The only problem is, there’s nearly no word ending on one syllable. But I am learning a lot simply by listening songs in Italian.

cafébabel: Did you get some new inspiration in Italy?

Erlend Øye: There is this guy with an incredible name: Fred Bongusto, who wrote a great song Una rotunda sul mare (Øye sings — Ed.). Directly translated it means "around the boat by the sea ." There is a lot of humour involved. A deep, maybe hidden one. And you need to be in the culture for a while to get it. French singers seem to be more about the ‘R’. If you pronounce the ‘r’ well, you’ll be great: “Amsterrrrrdam”, “Rrrrrrrrrrien de rrrrrien” (Øye laughs — Ed.). It’s all about 'r'. If I had a good ‘r’, I could have made a big career here.

cafébabel: And where is home for you now?

Erlend Øye: My home is Syracuse. I see myself in Italy in the future. I just would like to discover more Italian cities. Syracuse is a bit limited but it’s definitely the best place to go to after a long tour. I will go home, it will be 28 degrees, I will swim and the mamas will take care of me. Great!