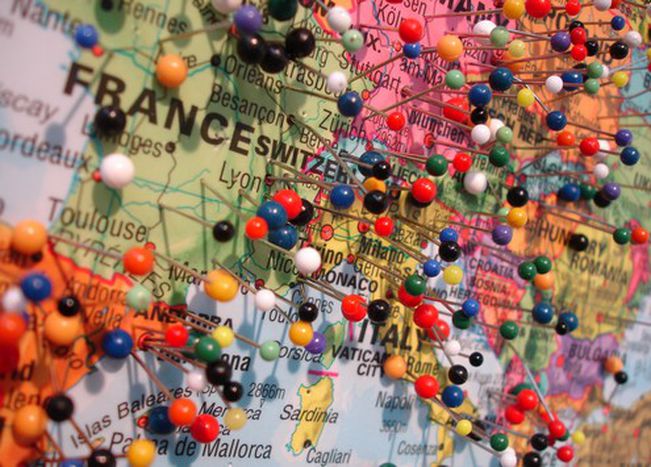 Erasmus orgasmus in Spain and Germany

But not the UK – a lookback on how the European exchange programme is doing, twenty-one years after its creation

The Erasmus programme was first introduced in 1987 to increase student mobility within the European community. It largely succeeded in its aim, with about 90% of all European universities participating in the programme and one and a half million of Erasmus students. Yet where do all these students chose to go to? Which countries attract them the most?

Of all Erasmus destinations, the most popular by far is Spain, which welcomed 26, 600 students in 2006 (about 20% more than the second most popular country, France). Spanish universities host the highest numbers of Erasmus students , and Spain is one of the few European countries who receives more than it sends students. Yet, Spain has only become this popular since the past five years; in 2000, it was still lagging behind France and the UK. It is claimed that its Erasmus population only started to take such proportions after the movie l'Auberge Espagnole by French director Cedric Klapisch was released in 2002.

Aude Verbeke, a Belgian Erasmus student in Spain, believes that this popularity comes from the festive reputation of Spain. ‘For many students, Spain is synonymous with parties and sun. Some are only expecting that from their Erasmus exchange. I was told that Spanish universities were easy and that there would be a lot of free time. Yet I had to work more than what I thought.’ Manuella Portier, a French Erasmus student in Spain, agrees that Spain is popular ‘because of its climate, its festive side and its language. The Auberge Espagnole contributed a lot to its reputation. Spanish is also one of the most learned languages in the world, and it might be easier for someone to leave in a country whose language he knows.’

Boo to the UK

Learning or improving a language is indeed one of the main motivations behind Erasmus exchanges identified by the Erasmus Student Network (ESN); therefore it comes as no surprise that other popular European destinations include France, Germany, the United Kingdom and Italy, whose languages are widely learned. These countries respectively welcome between 15, 000 and 20, 000 Erasmus students a year, a number which has been on the rise for the past decade.

The United Kingdom is an exception to that regard. The Erasmus programme seems to be losing its popularity at a high speed, with an ever-decreasing number of Erasmus exchanges from and to the UK. Besides, British Erasmus students have always been in small numbers, most of them choosing France as a destination.

Another particularity is the success of Germany among central and eastern European students, especially from Poland and the Czech Republic. The main reason is that many Czech and Polish students regard German as an important language to speak. According to the ESN, they are more concerned than other European students about the positive consequences of an Erasmus exchange on their future career.

For the moment, the countries that attract the least Erasmus students are the new member states of the European Union, like Bulgaria and Romania. This is because most of them have only been part of the Erasmus programme since the late nineties and did not have much time to develop its implementation. Yet the odds are slowly changing. Poland and Czech Republic, for example, are starting to attract more and more German Erasmus students.

Benjamin Feyen, president of the Erasmus Student Network in Germany, observes ‘a slow change in the opinion of many German students: depending on the size of the city and the reputation of the university, central and eastern European destinations become increasingly popular - including their languages. Since the EU enlargement in 2004, the former eastern bloc states are not really considered as such anymore. But doubtlessly more still has to be done to promote those countries among German students.’ Perhaps there only needs to be another ‘Auberge Espagnole’ in one of these countries…