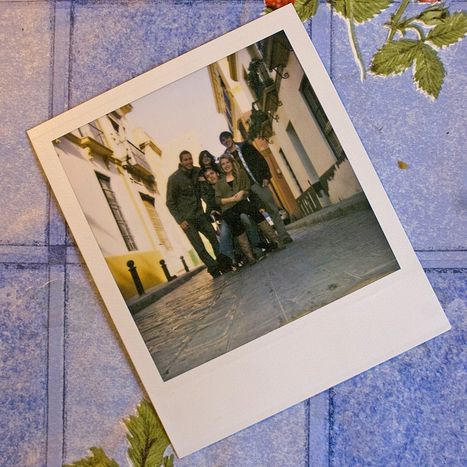 'Erasmus is about discovering Europe'

Like many an old advertising cliché, the erasmus student exchange programme offers a ‘dual action’ experience. After the culture shock, the parties, the multinational encounters and the adventures across Spain, come the trips to visit new found friends, in all corners of Europe. This new European consciousness keeps us coming back for more

'‘Your erasmus year is like the 2002 movie L'Auberge Espagnole, only better.' The erasmus co-ordinator at my French university got it right. It was an amazing year. With my erasmus grant in hand, I set off for Spain. It was a year that flew by, so what is it that is really hiding beneath the surface of the erasmus scheme? Perhaps it's the 'European feeling’. Amongst the circle of friends that I met in Seville, I quickly realised what was brewing: relationships were being formed and this multicultural environment was making us restless. Once you taste the erasmus experience there’s a need to be part of it. All that was needed was to spend a holiday in Majorca with two Austrians, a Spaniard, an American, two French guys and one from England. Or to have a ‘world dinner’ in my flat, with a German, an Italian, and an English girl, where the crêpes bretonnes were served side by side with the kartoffelsalat (potato salad), Italian pasta, and the solmorejo (cold soup from Cordoba).

It’s the beginning of July 2009 and fresh from the Spanish-speaking peninsula, I can only think about one thing: seeing my European friends again. No later than mid August I have left for Vienna to stay with some Austrian friends. Thinking big and seizing the chance for a group reunion, we leap into action. My Spanish friend makes a detour to Austria, my German flatmate jumps on a train and we find ourselves - eight ex-erasmus - in the Austrian countryside. I leave by train, booked at the last minute the day before, and cross the Tyrol region, through Switzerland towards France. I get the feeling that Europe’s borders have disappeared; an awareness that is important in my ‘post-erasmus’ group. These days my inbox is overflowing with messages from couples; French-Italian, German-Italian…I left to discover Spain, and ended by discovering the whole of Europe.