Erasmus in Budapest: tips and tricks

Today, as announced, Eurogeneration is proud to launch 'Erasmus guide': a unique cityguide compilation taking you in the best European cities to let you discover them with the eyes of someone who lived it at 100% – say an Erasmus student. Very personal, these portrays do not pretend to be exhaustive. Take them as a chat with someone who is here to share with you his thoughts. 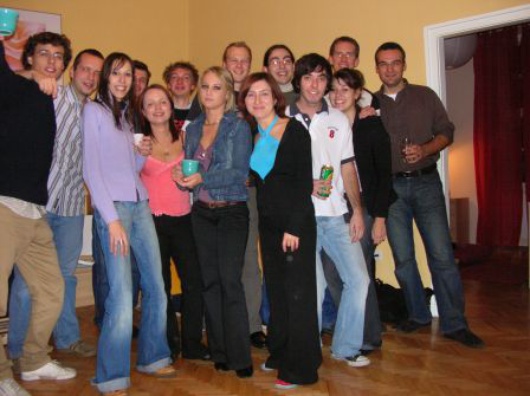 This week, our guest is Roberto Yanguas who spent his Erasmus period in the Hungarian capital two years ago.

Well, this is probably the most difficult matter for a foreigner because of the language. In Budapest there are few residences for students. So the best solution is to use a real estate agency.

Budapest is divided in two big parts (Buda and Pest) and in many districts. I've been living in the Distict VI which is, with Districts V and VII, the best to live in. It's recommended to avoid District VIII, wich can be dangerous. And don't forget: Pest is better than Buda if you are an Erasmus student.

University: the right place if you don't like to study

I was in Peter Pazmany University, Faculty of Law. All the classes were in English even if  Shakespeare's language is not always well spoken. Anyway if you are interested in spending your Erasmus year without studying, then this is your university: most of the teachers would ask you to give them a short and easy essay. Usually few exams (I had only one and really easy).

As for equipment, neither the library or the computer room are well equipped, but you have a sort of computer centre (called HIK) just 5 minutes from there. More, the sporthall is uniquely a closed field where you can play sports (but I would strongly recommend you playing sports in "Margherite Island" if it's sunny). Last but not least: in my case, the Erasmus office worked really well...

Beers with friends: "Szimpla" (my favourite place). You cannot imagine it... it's decadent, old and dirty... but it really really worths it. Relaxing times: "Szechenyi termal baths". 8 € for a whole day of sauna, jacuzzi and natural-earthed medicinal water. After that you'll be a different person! Paprika Restaurant (near to Szechenyi) or Stex Haza Restaurant. My suggestion: Goulash soup and chicken breast with three cheeses and home-made croquets in the first. Pork cutlet Carpatian style in the second one (I am salivating just remembering it...).

Erasmus students used to go to Morrison's pub near to Opera (karaoke party on wedesdays – don't ask me why but Hungarians love karaoke...), Old Man's pub (near to Erszebet körut street and Szimpla bar), and we used to go to Sulss Fel Nap, Szoda, Sark... Be carefull with your clothes: they can "misteriously" disappear (look out even with the bouncer).

Most of the Erasmus parties are in flats, and here is a good tip (we dindn't know it until the end): you can previously phone the police to tell them that you're organizing a party and if some neighbor phone them in the middle of the party, they will be informed that is sort of an "official party".

The quantity of the spirits rarely is as in Spain or Italy (it's less). Even during the nights, if you like football table, they play a lot: you'd have to put a coin in the table and wait your turn, the winner remains. Don't use drugs: if the police catch you, then you have big troubles. For them coke and cannabis is the same. More things: drinking in the streets is allowed unless in Spain!

No words, I'd recommend it to everyone!

What do you think of this testimony? Have you been in Budapest? Do you have some questions for Roberto? Otherwise, have a look to Budapest babelblog! And don't miss "A foreigner's diary".

See you next week in... Portsmouth, a small city in the UK near the Isle of Wight!