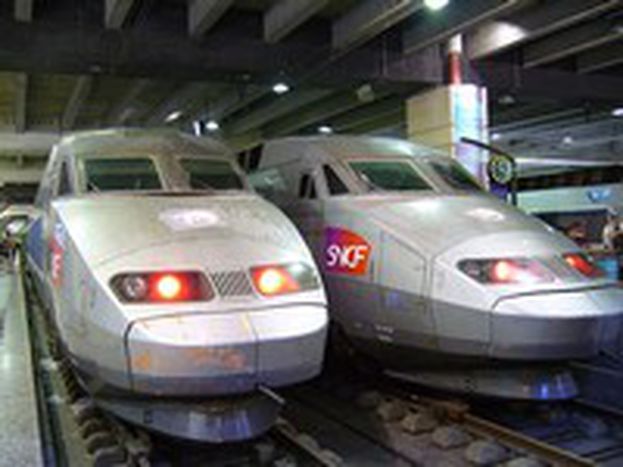 It's caused chaos elsewhere. Air France and other eastern France-serving train operators are in the middle of a price war, with the French National Railway Company (SNCF) offering the bargain fare of 15 Euros between Paris and Strasbourg. TGV Est also signals the end of Air France’s services between Paris and Metz airports, resulting in the latter losing a fifth of its passengers. As for the Paris to Strasbourg services, Air France is cutting back from twelve flights a day to eight.

Le Guellec describes this expansion in rail services as a 'transport revolution' for eastern France. A 65% growth in traffic is expected by 2011. 'The TGV-Est is an outstanding technical, human and commercial adventure,' he says. 'But whether it will be profitable is another question. In its first few years it is likely to run a deficit of 100 million Euros. It will take some 15 years at least to recover the costs of construction.'

Acquiring the necessary 5.5 billion Euros was difficult. Instead, a new way of funding - known as a 'Public Private Partnership' - was used, where the French state shared the burden of funding the project with a dozen financial partners. These included train operators SNCF, the European Union, Luxembourg, plus local authorities along the line. Protests could ironically be heard from France's leading trade union confederation, the leftist CGT (Confédération Générale du Travail, ot 'General Confederation of Labour').

30% of a train ticket's price goes to cover track investment and maintenance charges, according to Guillaume Pepy, SNCF chief executive. But profit margins on the TGV service are around 12%. 'Enough steel was used in the rails to build 8 Eiffel Towers,' notes Hubert du Mesnil, president of RFF (the company that built the line). '64 million cubic metres of earth has been removed since the start of construction in 2002.' That turns out to nine times the volume of material extracted to build the Channel Tunnel, which links France to the UK.

Already 1 billion Euros over budget and a year late, the route’s planners and constructors had plenty of challenges in building an efficient high speed train line on target and within budget. The possible impact of noise and vibration from the TGV’s as they thundered past were solved with noise barriers, through line relocation and even by placing the line in cuttings or tunnels.

Minimising the line's impact on the human and natural environment of the countryside en route was essential. As some 40% of the line passes through heavily forested areas - such as the white-wine producing Moselle Valley - the arts lobby insisted that twenty four bridges, tunnels and viaducts be designed at additional cost.

Meanwhile, some champagne vineyard owners, members of the country’s heavily influential agricultural sector, were compensated after expressing concern at how the line's route would mean the loss of some ‘fine vineyards - part of the country’s heritage.' Cynics could argue that such compensation demands are just another example of powerful vested groups squeezing money out of the taxpayer. After all, it just ensures the inefficient production of a sparkling wine which can be produced elsewhere in Europe at a better quality and cheaper price. 'Negotiations were a great success,' says Jean Francois Dancourt, TGV Est property project officer, after the route ended up being redesigned.

Not forgetting that eastern France is also the site of many major World War One battles. In some stretches, former battlefield land had to be cleared of unexploded bombs and human remains. A local branch of the Veteran’s Association persuaded SNCF to build the line on a viaduct to preserve a historic First World War supply route known as the ‘Sacred Path’.

Despite this disruption, future benefits are clear. 'In anticipation of a TGV effect, a property boom is occurring along the line, according to Frédéric Neff, from a Strasbourg real estate agency. 'People are hoping the train will make it more attractive for firms to open offices and send their employees here.'

TGV Est is part of a growing network of intercity high speed lines. It will dramatically cut journey times between Paris, eastern France, Luxembourg, Switzerland and Germany. Eventually, the line will span Portugal in the west to Poland in the east, and Italy in the south to Sweden in the north