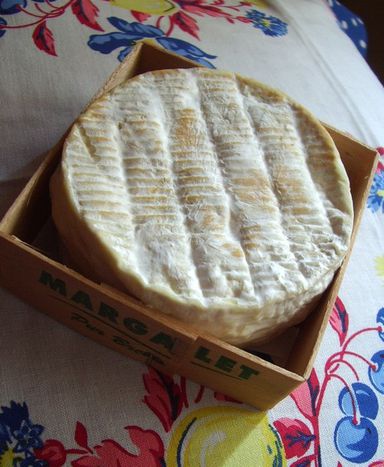 Watch out for homogenisation. In order to flog their wares to Americans and their sensitive stomachs, or to get them approved by Brussels, European cheese makers are being asked to pasteurise their products. How disgraceful! Cheese and cheese-making has such a wonderful tradition...

Is the Netherlands 'cheese's second home'? I don't know a lot about Dutch cheese, but I do like a bit of Gouda, preferably the cumin kind, and my sister swears by extra-strong Mimolette, which smells like cologne and looks like pumice after its 24-month 'ripening period'. During this time, it is kept in a cellar in order for it to mature. The longer it is left to ripen, the stronger its taste. During this process, its rind can be moistened or not, depending on the recipe. This affects its taste, its colour, its texture... 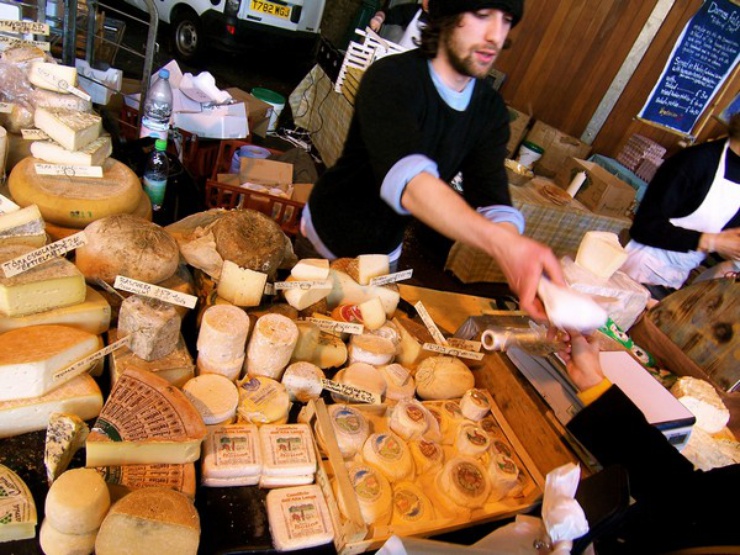 Humans have been eating cheese since prehistoric times, dating back to when we first domesticated dairy animals such as sheep. The Romans went to the lengths of including a paragraph on the manufacture of cheese in a treaty concerning countryside affairs, De re rustica, a text that comes from ancient authors but which was published in 1472. We can definitely consider cheese as having existed since antiquity, and as being spread all over Europe and Asia, and my wanderings have constantly brought me into contact with new and surprising specimens.

The Emmental of the Carpathians

In Romania I came across Cascaval, and ate a good deal more of it than I should have. On bread, with tomatoes, melted with pasta, smoked... the Carpathian Mountain's answer to Emmental has a whole host of uses, and can also be found in Hungary. When I went to England, I was worried I wouldn't be able to find cheese. It was actually the easiest thing to get hold of: it seems as though cheese is the thing different parts of Europe have most in common. After six months of intensive cheese-tasting with crackers and port, I was addicted to Applewood, Medium Cheddar, Chester... There's also Stilton, which I was a little doubtful about when it started to go pink in my fridge. People had told me it was 'absolutely delicious', and I can tell you now, Roquefort had better watch out, it's got some competition. 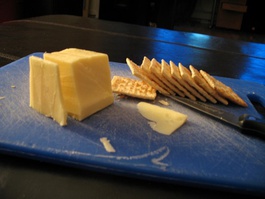 England, another 'home of cheese'? At the very least, you can get any foreign cheese you want over there. I even bought Brie there. It wasn't really a good idea. It wasn't really Brie either. It was something white, hard and horrible, a bit like the 'made in Sweden' Camembert that you find in seaside resorts where there are more Scandinavians than Norman natives. Incidentally, I recently got the chance to sample smörrebröds in an excellent restaurant in Copenhagen. These rather elaborate open sandwiches are made of tasty herrings or reindeer and not of tasty Danish Brie... oh, the memories! 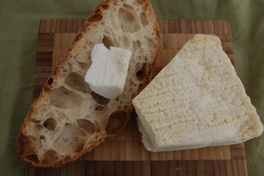 What is cheese anyway? In France, we thought there had better be some rules, for this is no laughing matter: the decree of 27 April 2007 states that it is a 'fermented or unfermented product, obtained by the curdling of milk, cream, or a mixture of the two, followed by draining'. There are three main types of cheeses: pressed (uncooked like Mimolette, half-cooked like the French le Mont des Cats or cooked like the Swiss Appenzeller), soft (with bloomy rind like the Brie family) and fresh (Corsican Brocciu, Italian Ricotta or the 'blue cheese family' (such as Bleu de Bresse, Gorgonzola or Fourme d’Ambert, named after the places they come from).Other criteria also come into play: the kind of milk (cow's, goat's, ewe's or even buffalo's), the animal concerned's diet, the spices or herbs used, the smoking and the agent used to curdle the milk (vinegar, lemon, other acids).

Go and buy some good bread ...

First published on cafebabel.com on 5 June 2009