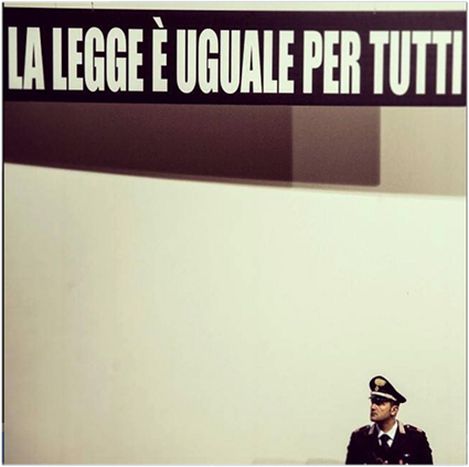 [eng] The law is equal for (almost) everyone, but still stories of  killing in uniform. The case of Nagem Hatab

Today we are talking about a particular case of homocide commited by men in uniform. As always it concerns the United States  but the context is a bit different: we are in Iraq, during the war against Saddam Hussein. The victim: an Iraqi and the uniforms in question are the American Army.

The name Nagem Hatab is rather particular, since it is indurably linked to  events that generated attention from the entire world, that is the Iraqi war against Saddam Hussain started in 2003 by an international coalition, led by the Unted States military forces.

Nagem, indeed, was a 52 year old Iraqi citizen who was arrested in a bazaar while trying to sell an M16 rifle supplied by the American army. The series number on the weapon revealed that it belonged to a member of the private army which soldier Jessica Lynch was part of, who was injured and captured 23rd March 2003 by some Iraqi assault forces and then freed almost 10 days later. Because of this, the Marine corps considered it plausible that Hatab had an active involvment in the abduction of the female soldier, considering also that is was a member of the Ba'ath party, of which Saddam Hussein was leader. This was the reason why Nagem was arrested and placed in custody under the Stars and Stripes' military authorities at the detention centre, Camp Whitehorse. However he only stayed there a few days,since after being interrogated by a military intelligence agent, he was left to starve to death.

In the days before his death Hatab had been seen in a declining state of health, having had a lot of difficulty in standing up without support: he had fallen on barbed wire, and on getting up was visibly stunned. He had lost complete control of his digestive system, with clothes that were completely covered in excrement. The prison doctor also confirmed that Nagem had had a small heart attack, but concluded that he could have been faking this  sudden illness in the hope it would get him out of prison. Despite all this, however, no medical assistance was offered to the prisoner, and on the other hand his food rations were limited to the point of being insuficient. But not only that. Major Clarke Paulus ordered Corporal Christian Hernandez to drive him out of the prison to wash him. The official made Nagem undress, set fire to his clothes and left him outside tied to a post, in in order to prevent him dirtying the clothes of the other prisoners. He was left like this in the desert, naked and lifeless, under the burning sun and  and already in allarming conditions. At midnight the soliders noticed his body lying motionless. The autopsy conducted on Hatab's body concluded that he had died from a fracture in the hyoid, a small bone near the larynx, that had caused asphyxiation. Furthermore it was revealed he had six broken ribs and heavy bruising on the back of his legs. This medical report inevitably led to suspicion falling on Corporal Caporale Hernandez, given that Major Paulus ordered him to trascinare Nagem's body by the neck. An inquest was opened into the Iraqi prisoner's death that involved nine marines , either for causing the death of, for for the violence against Nagem, but only two were Court Martialed:  Sergeant Pittman and Major Clarke Paulus. Corporal Hernandez, in fact, was granted the protection of Generale James Mattis who managed to get all charges against him dropped.

When the trial opened some statements came from soldiers who have worked at  Camp Whitehorse. The then Corporal William Roy, who was then demoted, confirmed that Sergeant Pittman had repeatedly kicked Nagem Hatab in the chest. Another confirmed that Major Paulus seemed to harbour a certain disdain towards the prisoner, so much so that he barely shown any concern about his health, which was clearly causing him problems. “He didn't care, he simply did not care”, testified Major Leon Francis. “To him, that man was getting what he deserved”, concluded the official in his testimony. In the meantime the bodily fluid samples from Nagem, that had been frozen in order to keep their value, disappeared in a mysterious “incident”: they should have been sent to Germany to be analysed, but were left out in the sun for several hours on the runway at the airbase in Tallil until they exploded.

At the end of 2004 both trials reached a verdict, that agreed upon a conviction for breach of duty and abuse and maltreatment of the prisoners, but a total acquittal of the accused of culpable homocide. Consequently, Major Paulus was discharged and Sergeant Pittman was demoted, and sentenced to sixty days forced labour. If both had been convicted of culpable homocide, or if it had been recognised that they were directly responsible for Nagem's death, they would have face dishonourable discharge and at least two years in prison. However none of this happened, unsupriseingly. Basically their culpability in mistreating prisoners at Camp Whitehorse was recognised, in particular Nagem Hatab, however their part in his death wasn't sactioned  since there was not complete certainty that their actions led to his death. Almost as if a pyromaniac, having burnt down a whole forest, wasn't convicted because he could always claim the blame lay with the dry earth, the temperature or even the lack of rain that day. No one would hestitate in calling such a defence ridiculous, and yet apparently in a uniform anything in possible.