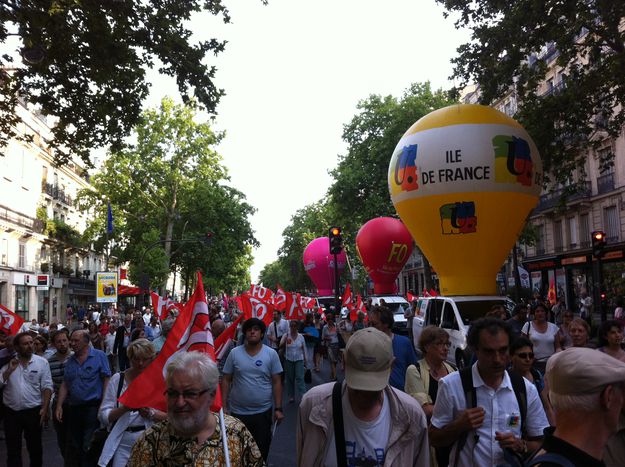 [eng] The European Crisis Explained to my Reactionary Uncle

Lots of things have been said about Greece these last few weeks, we won't come back to clichés spread here and there about the supposed lack of fair play on the part of the Greeks, the coverup on the Greek accounts since their entry to the EU in 1981, nor the rising amount of European aid given to Greece, this debate is outdated at this current time.

In fact, that is not the rub today. The question posed to the Greek people on Sunday 5th July plunged us all into a reflection of what is the European Union, what it should be and what is European citizenship. Are we, European nations and people « united in diversity » as much as the EU's motto claims ?

The message repeated by different EU leaders  – or should we say technocrats – was that of a Europe predisposed of course to negociate , but the terms of that negociation, they remain inflexible. The EU would be neoliberal or it would not. Indeed, while the Greek people were brought to decide upon the acceptance or not on the austere economic measures proposed by Europe to "straighten out its economy", Juncker, Schulz and Dijsselbloem modified the terms of this referendum. Although they had no legitimacy to do it, they transformed this public consultation into whether or not Greece should be part of the EU. As if the EU couldn't change and that is was an unchanging force incapable of adapting and evolving. At this stage it is legitimate to ask ourselves where is the diversity or how to talk about the union since the choice offered to the Greeks is that of "live on your knees or die free"?

The Old Continent seems to have a short memory. Not only has it forgotten that numerous European countries have benefitted from an erasure of their debt (l'Allemagne at the top ) but it has especially forgotten its own motto. Syndrome of a sick Europe where the technocrats have worked too often and for too long without having to justify their actions to anyone. However, today when all sights are on them, it is the combat stations at Brussels, the blackmail intensifies and the threats multiply. 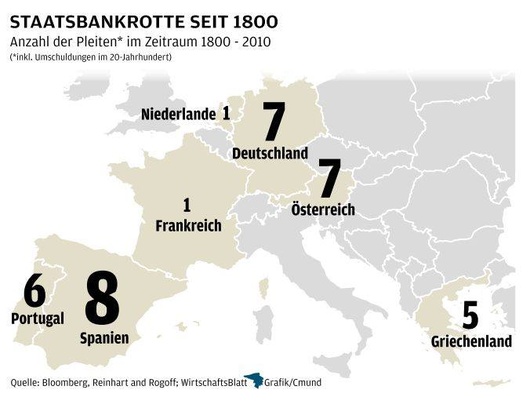 Fortunately, Greece chose the only possible solution to exit the crisise, imposing some sort resounding failure on  neoliberal Europe. How, faced with such a denial of democracy on the part of its leaders, can Europe still hope to continue to function like before? The Commission broke the chain of confidence that the citizens had naively placed on it. Europe was created to protect the European people, today she has set one against the other in order to continue to exist. Tomorrow, it is with a strong mandate that Alexis Tsipras will go to face the conservative leaders, terrified of seeing the liberal system that they so overindulged disappear.

Of course Europe is no longer at war, however our political system brings out more than it weakens from this crisis. Our economy of austerity has plunged numberous countries into  social misery. How to close our eyes on the disasters caused by budgetary rigeur? How to not be sensitive to the multiplication – by 4 – of the suicide rate in Greence, to the pauperisation of its society, to its galloping unemployment, to the increase of 43 % its infant mortality rate ? These indicators are not so  far removed from those of a country at war, yet the only interest of the technocrats was to know if the Greek creditors will be repayed. Precisely because these technocrats, ces "convinced Europeans", are in fact representatives of the creditors. These French, German, Luxembourish etc leaders, however much they have said that this is about public money, we now know that in saving the banks in 2010, our states have bought back the private debt of these Greek creditors. Therefore they are soley responsible for this situation. The Greek default of payment is our shared responsibility, our burden and not the only fruit from the bad management of finances in Greece. On the other hand, The money-lenders that our states have become by saving the banks are not neutral. In fact, the assistance from European countries and from the IMF serves to payer the bills that Greece owes... To the European countries and the IMF.

THE RENAISSANCE OF OXI

Oxi, Greek for no, three letters which are destined to change Europe. The reconquest could really have started this evening in Greece. By rejecting the blackmail and slavery, Greece has opened a new chapter in Europe, that of social renaissance, after the dictate of austerity. Like in Chile in 1988, the 'no' to the referendum – that had put an end to the dictatorship of Pinochet – will bring a wave of hope and a renewal of politics without precedent in Europe since the ECSC. BOf course the consequences of the referendum are uncertain now that the "no" vote has prevailed. On the other hand, the issue of the  "yes" was well known : the long history of the resignation would be persuedfor Greece and the European people. Faced with such a choice, Greece has shown itself to be strong and and held on to the hope of transforming this old Europe that has formerlly battled and equipped itself with these founding principals. It is up to us to show it our recognition and support.