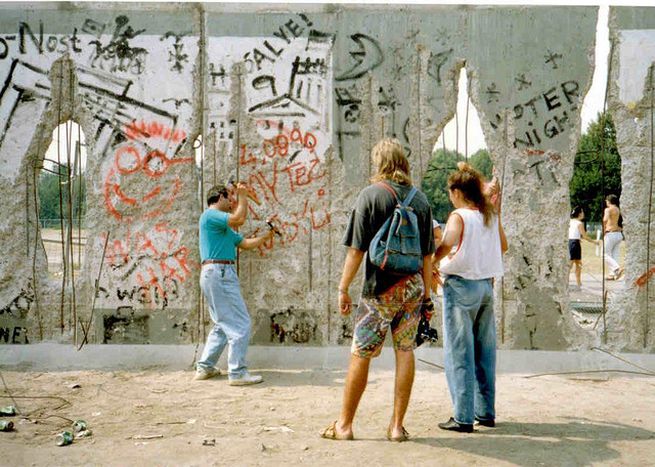 25 ago the Berlin Wall fell but Europe is still divided: labour market andand clandestine immigration smash the Union both from the inside and on towards his neighbours.

I was less than 4 months old when one of main historical events of the previous century occurred: the Berlin’s wall fall. I am from Naples: one of the main European harbours on the Mediterranean sea: both a wall and a bridge between Europe and several other cultures and societies. I am here trying to answer to a simple question whereof answers are, otherwise, really complex: are there other walls to be torn down across Europe, after the reunion of the two Germanies?

Throughout the 25 years that ensued that remarkable event, Europe has developed a strong cohesion regarding the main fields of communitarian life but, in spite of the remarkable achievements, the way towards a continent without social, political, cultural and economic walls is still rocky and predictably long. In actual fact, there are still many cleavages to be torn down both among the European states and citizens and between the old continent and its neighbouring countries, in the perspective of a future mutual exchange of people and ideas through the boundaries. 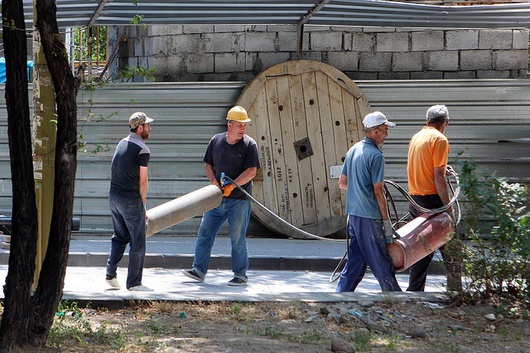 On the one hand, European institutions and national governments have to work along with civil society in order to obtain a fairer framework for any person’s initiative, which would have to be developed beyond his country. For instance, although the European Union recognizes and guarantees the workers’ mobility among the member states, a freer and less complicated labour market could act a key role to solve burdens such as the unemployment, which mostly affects the southern Europe. Moreover, we should all work, starting by our daily lifes, to build up a felt and rooted sense of common citizenship that could forge lacking of any real and mental border.

On the other hand, my generation is called to face one of the most complicated scenarios among our continent and its neighbours, both on the eastern side and, over the Mediterranean. Naples is the perfect frame to live in to understand the opportunities and the challenges that the “mare nonstrum” constitutes for all of us. In fact, although the huge amount of trades between the two shores, the flux of immigrants to Europe has steadily rose because of the recent political crises in northern Africa. We have the tough task to both guarantee, as a priority, the human rights of refugees and to build up a range of possibilities for them, once they reached our harbours. Since 1998, over 20.000 people, 20.000 men, women and babies, 20.000 families, names, stories, loves and friendships have sank on their way to Europe and, for this reason, we are urged to stand over this issue. 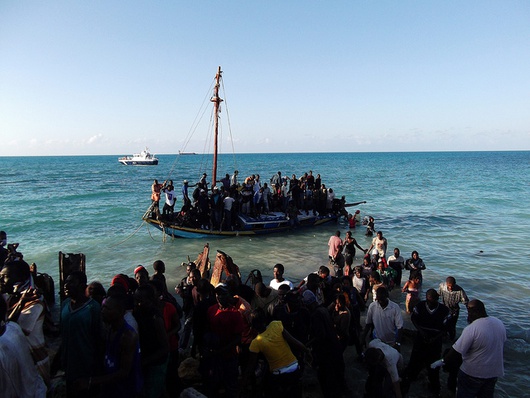 The main problem about immigration in the EU is the fact that any member has got his own legislation and the Union can just provide guidelines in regard to this matter, which, in many cases, have shown up their binding weakness. Germany, for instance, as the main and strongest economy of the Union allows very few immigrant to obtain its citizenship. In actual fact, in Germany there is no comprehensive legislation on the subject and even the third-generation immigrants are able to obtain citizenship only after long and heavy bureaucratic procedures, once they reach the legal age. People who want to aspire from the outside of Schengen area to become a German citizen, must provide a minimum income of € 85,000 for year and have a passport: in short, a strong filter to reduce illegal immigration.

Spain, instead, which has high rates of unemployment and a poor performance of industry and of GDP, receives many more immigrants: as much as 12% of its population. The opening of the former President Zapatero through its social policies allowed immigrants the right to education and health care and launched a property policy ended in the outbreak of a catastrophic financial bubble. The crisis of the last two years and the advent of President Rajoy, however, has decreased levels of care and the migration flow was reversed, given the high rate of unemployment. Italy, even among the countries most affected by this issue, it is the fifth largest country in Europe in terms of the number of foreign residents, who are equal to 7% of the population: about 4.5 million people. Juridically speaking, there are four different regulations that have progressively limited the flow of migrants into the country. The Law 946 of 1986 (intent to give equal rights to workers from outside the EU), the Martelli Law of 1990 (limiting immigrants’ flow but regularizing 200,000 illegal immigrants already in Italy), the Turco-Napolitano Law (which creates the centers of temporary stay), and finally, the much-discussed Bossi-Fini law, which introduces the possibility of immediate deportation.

To conclude, I really hope that the echo of that unforgettable day will inspire my generation to destroy all the walls that still hinder the Europe to become an example of borderless community. If we will succeed in this hard task, we will give birth to a new world where everyone will be free to share its experiences, ideas and emotions without any kind of wall to stop his mind to flow freely.