[eng] Claudio Capanna's "Life to come": on the edge of existence

In his latest work, Claudio Capanna immerses us in the uncertain future of two newborns, Léandro and Eden. More than a traditional documentary, this experiance is frightening, dreamlike and quasi-animal: an encounter.

"This is a documentary in which we follow the evolution of premature twins born in the hospital."  Simply summarized, this is the pitch of "Life to come." However, it would be diminishing to associate the film with this simple perception of a standard documentary, because beyond the informative aspect, it is a wholly new experience.

You might ask yourself a question at the end of the screening: did I just see a movie, or a documentary?  By mixing genres, the director muddies the waters between fiction and reality.  Laurence, the twin's mother, seems very emotional, possibly even too much, as if she is acting.  But this is not so.  All of Capanna's talent is comprised here: he uses horror and thriller movie codes to magnify the mother's emotions.

A variety of concepts are implicitly addressed during the film.  The struggle for life, the power of a mother's love, even the difficulty of extreme confinement.  With all the basic and primary themes that are brought up, the aim was to go beyond the "simple" question of prematurity.

Cafébabel : The movie is about birth, which is normally a happy and joyous event.  During the first few minutes, however, we are confronted with a whole environment of machines and devices.  How do you explain this contrast?

Claudio Capanna : One artisitic direction I wanted to give to this film was that of a horror movie.  Together with the whole team, we wanted to do something different, especially at the auditory level: plunge the viewer into a somewhat frightening world. This troubling atmosphere prepares the viewer for the eventual battle for life that will take place in this hostile environment. 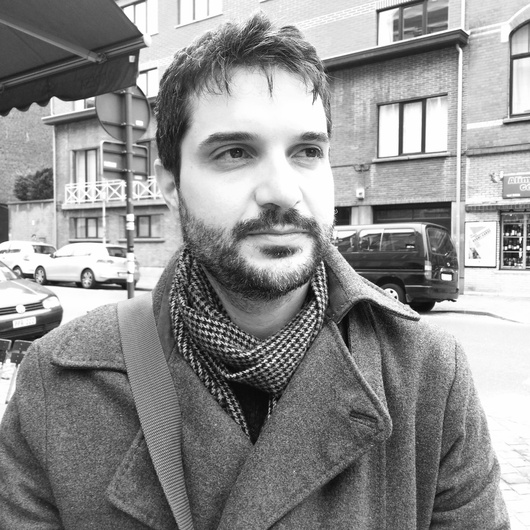 Cafébabel : "Life to come" is also a film full of symbols, such as the opening and closing scenes, which contribute to the motion picture impression of the documentary.

C.C : This is one of the movements in which I would like to more and more inscribe my work.  At present, it is one of the stronger trends emerging in the documentary world: working with documentary characters as if they were actors, combining their psychologies with screen devices.  Pure manipulation, in the positive sense of the word.

Cafébabel : Exactly.  The mother in the film has a Madonna side and the hospital employee is presented as both disturbing and reassuring, like a divine presense.

C.C.: This is a bias that I wanted to express.  I wanted to show that in a similar situation, everyone, apart from the mother who has a strong bond with her children, is superfluous. It was essential for me to re-center this story on something basic, to come back to the limits of animal instincts.  The hospital employee's role is special because although he is giving the maximum effort for the survival of the babies, he also seems to disrupt the original bond between the mother and children.

Here is the schedule of the film's screenings.