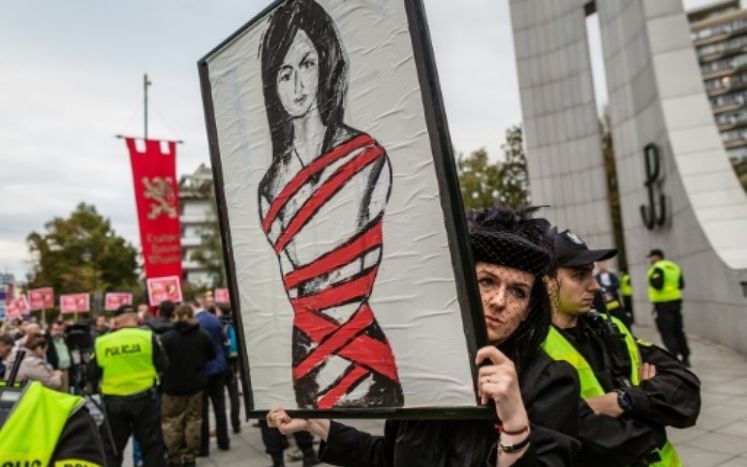 [eng] Abortion: Towards a Pro-Life Europe?

As the Polish parliament introduces new measures against voluntary termination of pregnancy,

the right to abortion is threatened in the Old Continent.

On May 25th, in Poland, conservative deputies of the PIS (the Justice and Rights Party), who have the majority in Parliament, voted a draft law which would make the day-after pill only accessible through a medical prescription. In such a Catholic and conservative country, putting forth a measure aimed at restraining drastically the use of emergency contraceptive is yet another step towards a possible ban on abortion.

Indeed, on September 22nd, the Polish authorities already showed they were supportive of passing a law that would forbid abortion once and for all, even though it had been allowed since 1993. As a sign of protest, over 100 000 women shouted their anger against such an injustice during two protests, one of them on October 24th, 2016, better known as Black Monday.

For now, over there, pregnancy can only be interrupted in three cases: when the fœtus presents severe malformations, when the mother’s health is in danger or if the child is the result of an incest or rape. The battle seems then far from being won.

Unfortunately, Poland is not the only country where abortion rights are threatened. The same goes for Hungary, Croatia or even Spain, where, since November 9th, 2015, minors cannot get an abortion without their parents’ consent. So many examples that remind us how fragile this right is, even within the European Union.

In a Europe turning more and more conservative, seduced by extremes and where the Church’s heritage seems heavy still, notably in Eastern countries, one thing is for certain: abortion isn’t obvious.

As a matter of fact, since May 2012, the pro-life advocates from all over Europe bring their support to One of Us, a federation of associations who claim to be united for life and human dignity. This federation created a petition demanding that European funds going towards NGOs performing abortions be stopped, and got over two million signatures. Nevertheless, the European Commission rejected the initiative, legislating on abortion not being an integral part of the Union’s jurisdiction for the moment.

And so, the number of abortion opponents grows in Europe. In short, getting an abortion seems more and more like an immoral act, or even a criminal one. Proof being, in Italy for instance, 80% of doctors refuse to practice voluntary interruption of pregnancies, invoking the conscience clause, meaning the right to refuse a legal medical act for ethical reasons or because it goes against the practitioner’s beliefs. The time of women’s liberation and great feminist protests seems decidedly gone… Europe seems to rather be going back to the time of backstreet abortionists and clandestine surgeries, as is the case in Ireland where a majority of women are forced to go abort abroad or be faced with a fine of 600 to 2000 euros. 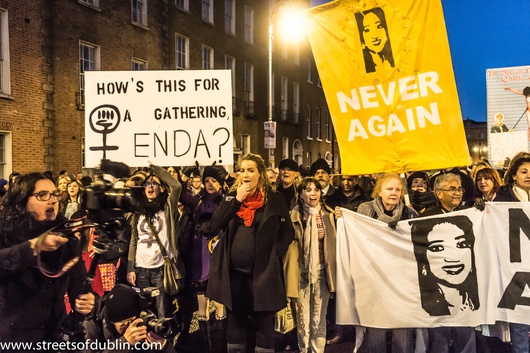 As for Malta, where 98% of the population is Catholic, abortion is still punishable by 18 months to 3 years in prison, even in a case of rape or if there is a health risk, says Euronews. But nevertheless, the day-after pill was legalized three months ago: “For me and the majority of Malta’s population who think life starts right after conception, it is unthinkable to kill a human being because it is not desired.” Said Paul Vincent, one of the figureheads of the Maltese pro-life movement Gift of Life. The message is irrevocable. Only  France seems to be the exception to the rule. Since the Veil law of 1975, the country leads one of the most liberal policies on the subject. So, why such leap backward?

Vicky Clayes, director of the International Federation for Planned Parenthood, deplores the stigmatization of women wanting to interrupt an unwanted pregnancy as well as the social pressure that some of them are under: « Abortion is stigmatized, which makes it a taboo and political question. The media need to address the subject normally, same goes for women and health professionals. Because society's mutism leaves more and more room for conservatives. », she says.

Are women who got an abortion still perceived as bitches in Europe, just like the manifesto signed by 343 french bitches, published in  Le Nouvel Observateur in April 1971? At the time, celebrities like Simone de Beauvoir, Catherine Deneuve, Gisèle Halimi or Françoise Sagan were claiming loud and clear they had got an abortion in dangerous conditions: « A million women have an abortion every year in France.  (…). We put this million women under wrap. I declare being one of them. I declare having got an abortion.  ». Their demands in favor of free access to birth control and abortion came to fruition when, four years later, a major step forward was taken for the women’s rights in France: the legalization of abortion.

As a woman, I think it would do good to remind conservative European governments that, as Simone Veil justly reminded the National Assembly on November 26th, 1974: « No woman ever enjoys getting an abortion. It's always a tragedy. It will always remain a tragedy. »

An article by Juliette Le Maguer initially published on the official website of the Eyes on Europe association.