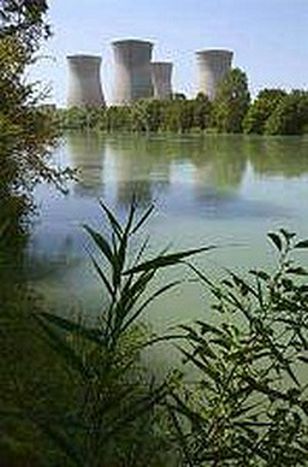 Twenty years after Chernobyl, Europe is bogged down in a debate on the future of energy. The rising Chinese energy demand and instability in the Middle East have made the issue one of Europe’s most pressing problems

The situation is so worrying that the European Commission has decided to intervene in the affair with the publication of a green paper on how to ensure Europe has a stable energy supply. This paper tries to give some momentum to policies that until recently the EC had been trying to promote without great success. The document looks at ways Europe can guarantee the safety of supplies, stimulate competition and employment, encourage innovation and continue the fight against global warming.

Some NGOs have criticised the paper for not placing reducing energy waste and the use of renewable energy at the core of the new European strategy. The criticism was echoed by Germany’s Environment Minister, Sigmar Gabriel. The green paper, the NGOs claim, has a series of embarrassing omissions – it does not mention ways to cut the oil used by transport, despite the fact this sector accounts for 70-80% of all imported oil.

Throughout Europe's history, energy has been as much a source of problems as solutions. At the end of WWII, efforts were made to transform resources that had been used to produce weapons into the foundations of peace and prosperity. In the Potsdam agreement the allies included a distribution system for the production of coal and steel in the Ruhr. In 1951, the ECSC (European Coal and Steel Community) was set up – the first of the European communities. This was followed by the EAEC (European Atomic Energy Community) treaty, signed in Rome in 1957.

For Europe, energy has been much more than resources. It was through energy that the European community first consolidated itself after the war. It is as if friendship was built from the smoke that is choking us today.

A Eurostate study shows that the majority of Europeans would like to see the implementation of green energy and are opposed to nuclear power. Despite the sentiment of the public, the EU is still investing in nuclear energy. This continues a longer pattern: since 1974, the EU has spent more than 46.2 billion euros on nuclear power. The green paper focuses on some of the problems of the new member states, many of whom have nuclear power, and as the report identified, have less than stringent safety legislation. Despite the reserves one might have about nuclear energy, ensuring that these countries implement European safety standards must remain a priority.

Currently, fossil fuels constitute 79% of Europe’s energy expenditure, with nuclear energy being 15%, and only 6% of Europe’s energy deriving from renewable sources. Given the current climate of uncertainty about fossil fuels, clamour is building in Europe for increased investment in new sources of energy. However, Greenpeace claims that the major energy companies are blocking this pressing need.

These tensions can be seen in the uncertain commitments of the green paper. On one hand, it was committed to increased investment on renewable energy and a unified energy policy for Europe. On the other, the deep commitment to nuclear energy made by some of the member states (notably France) makes it politically impossible to impose a unified energy policy.