End of the transatlantic deadlock?

Bush’s visit to Brussels next Tuesday is the first step to a détente in the relationship between Europe and the US. He can expect Europeans to give him a cautious welcome 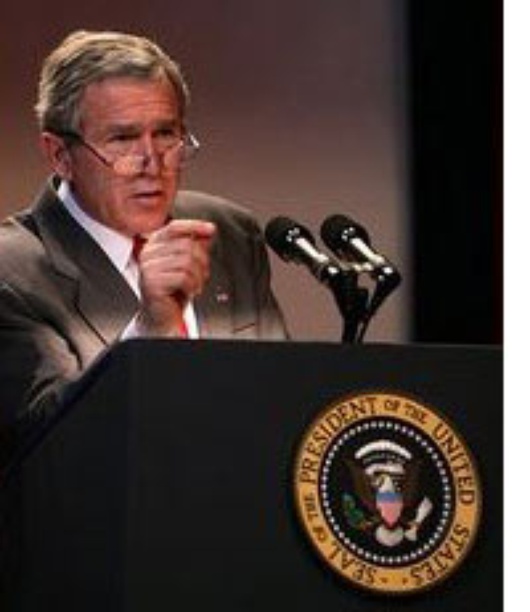 But while the EU institutions may be taking the first steps to reconciliation, in the streets there is still discontent. When George W Bush, the newly re-elected President of the US, meets with the European Commission and the 25 EU Heads of State on 22nd February, hundreds of people will be there to demonstrate against his visit. Around 50 non-governmental organisations have called for mass demonstrations against the most powerful man in the world. Criticism is short and sweet: the joint manifesto declares that “the United States of America is the biggest obstacle to a world order that is based on international law.”

It is surprising that after the dispute over the war in Iraq, of all the places he could have gone to for his first visit after his re-election, Bush has chosen to go to Brussels – straight to the heart of ‘old’ Europe, the very region that the US President described as irrelevant not so very long ago. It’s even the first time that a US leader has visited the EU institutions. Are we to see signals of deeper cooperation where the principle of divide and rule once held true? Europe and America learnt the limits of their power through their policies on Iraq: Europe found out it cannot stop the US; and Bush learned that, although the US may be able to win the war, it cannot achieve peace on its own. Speaking before the Senate, US Secretary of State Condoleezza Rice promised “conversation with the rest of the world, not just a monologue.” The transatlantic relationship that became frozen with shock as a result of the war on Iraq is now gaining in cautious confidence.

The same old problems, but a new start

It’s not only Bush’s visit to Brussels, but also the niceties exchanged at the Munich security conference and during the visit of Ms Rice at the start of February that are bringing the two continents together. There’s more to all this than just a fleeting charm offensive. Both sides have recognised that they need each other. The challenges that face both Europe and America are huge. Half a dozen countries worldwide are at political simmering point and they all affect us. Iran is building more nuclear weapons, hope for peace in the Middle East is a fragile as ever, China is constantly striving to become a world power, Afghanistan is still a long way from achieving a stable order, and the challenges in Iraq are ever-present. Furthermore, the global struggle against poverty and the destruction of the environment must be continued. Such problems can only be resolved if Europe and America walk side by side. The very fact that it was President Bush who took the first step should be reason enough for Europe to consider restarting the transatlantic relationship. However, certain diplomatic qualities are required to achieve this, such as a feel for the right tone, empathy for the situation of others and a real willingness to compromise. If the anti-Bush demonstrators’ demands for a world order with a legal basis are to ever become reality, the symbolic rapprochement of Europe and America must be accompanied by the desire to nurture these qualities.