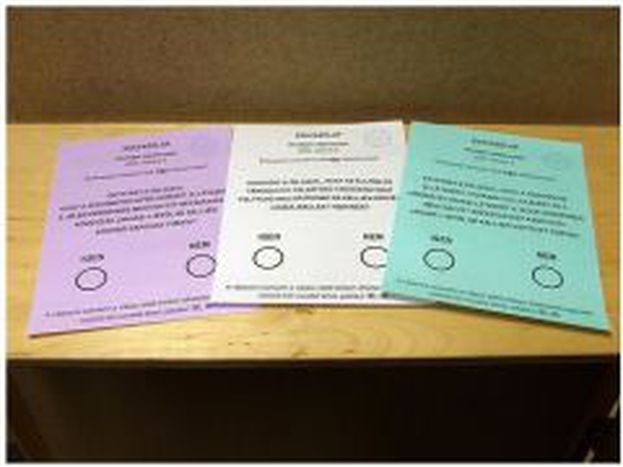 Last Sunday Hungarian voters have called the government to curtail its economic reforms by heavily backing a referendum that demanded abolishment of health and university fees. A referendum initiated by the opposition Fidesz party has been attracted a surprisingly high proportion of voters, around 50% of them.

This was the most visited referendum since the famous ‘four yes votes’ referendum taken place in 1989 in the phase of the democratic transformation of the country.

According to the final results more than 3 million voters backed to end the fees, including an admittedly large number of left-wing supporters. Fees have been introduced by the socialist government in June 2006 following their re-election in order to decrease budget deficit, to meet the demand of the EU for consolidation, and to hit targets set by the convergence programme.

Though win in of the ‘yes’ votes has been forecasted by pre-referendum polls, a ratio of them was far above expectations (around 80%). It seemed to be common that people are not willing to pay even a small sum (around 1.2 euros) for things that has been always free before - like visiting the doctor. On the other hand, it is typical of human nature that people usually does not like paying taxes. Especially if they are obliged to pay an extra, while a large proportion of their salaries are transferred to the national health care insurance each month.

Recent opinion polls shows a support of 15 % of the government that questions the ability of the socialists to push ahead with more reforms. It still remains open, how losses of the budget could be compensated after the abolishment of the fees that has generated around 20 milliard HUF extra-income for the health insurance found during the past year, strongly contributing to the decrease of budget deficit. The Prime Minister has already announced that the fees would be abolished on 1 April 2008, but the government has no funds available to replace the income-lost. At the same time, Viktor Orbán leader of the opposition, talks about the need of government resignation and a risk of putsch against the Prime Minister. In september another referendum is expexted to be hold for the initiation of Fidesz in order to arrest liberalisation of the health care insurance system that is to be introduced from 2009 according to a bill passed in february. Economic analysts warn that from the investors point of view outcome of the referndum may risk accomplishment of srtuctural reforms and enhance political risks that might as well hold them back from bringing their money into the country.

Following the referendum two political research institutions, the Political Capital Institute and the Századvég, has initiated a public debate on the reform and rethink of the institution of referendum. They think there is a risk that the too frequent initiations of polls make the institution of referendum become a tool of parties’ campaigning. Furthermore, they have stated in their declaration that the die-hard political competition carried out in Hungary has been becoming simplified to a zero-sum game that could has ’incalculable consequences’ on the economy and society of the country.