A young entrepreneur interested in the "design of politics", Elliot Lepers has created an application aiming to reconnect citizens with ecology. The app gives budding environmentalists just 90 days to complete eco-themed challenges designed to be both practical and fun. We chat to Elliot about his latest project.

"There are coaching apps for various sports, or for stopping smoking," explains Elliot Lepers, "I wanted to create one to help people become more environmentally friendly." At the tender age of 23, Elliot has created the first personal assistant for helping people green their lives.

The French application, entitled '90 jours' (90 days), proposes specific ecological challenges that users can tackle as part of their daily routines, and is available on Android, iPhone, or any web browser.

"It can start with a 'No Advertising' sticker on your letterbox," Elliot elaborates, "by hanging up a calender in your kitchen showing which fruit and veg are in season, or by cleaning the house with white vinegar instead of detergent..."

Be the "climate change" you want to see

The idea behind the tool: putting the pleasure back into being green. It's a task that can often be perceived as a bit of a chore. "I wanted to make something that people actually felt good about using," he continues, "It's for this reason that we make sure to congratulate people very quickly when they complete their tasks."

Outside of the realms of the app, Elliot believes that "ecology is mostly associated with constraints. You get the impression that it's super hard to be green, that you're going to immediately have to stop taking planes to go on holiday with your mates, or quit eating meat right away..." 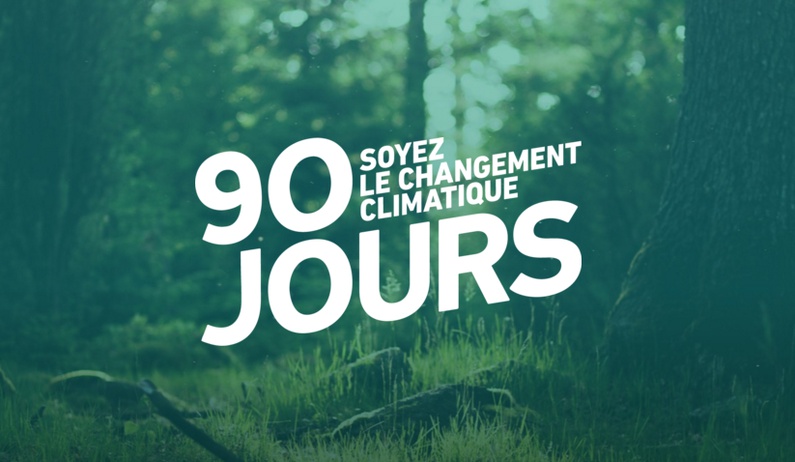 The application starts with a questionnaire which is used to identify a 'first step', corresponding to the user's level of motivation. Next, the platform proposes a challenge to be completed within 90 days. It also explains the benefit that completing each challenge has on the planet, and gives extra tips on good ecological practice.

To this day, 8,000 people have downloaded the application, which has amounted to 15,000 completed challenges. To better understand the difference this has made, that's equivalent to 900,000 kilograms of CO2 or 1,100,000 litres of water saved each year. "We also encourage people to share their achievement each time they complete a challenge," adds Elliot, "It's a matter of pride, to show that you're lending a hand in saving the environment."

The road to action

The idea for '90 jours' came to its founder after creating another social tool, Amazon Killer, a browser extension which permits the user to find a local retailer that stocks a product after searching for it on Amazon. "I realised that when we create tools like this, which simplify an action for the user, people seize upon it," explains the young designer, "There are plenty of people who are completely clued up about environmental issues but who can't quite bring themselves to take the first step."

This is not the first example of Elliot Lepers contributing a new weapon to the green arsenal. In 2012 he managed the digital campaign of Eva Joly, a candidate for the environmental movement Europe Écologie Les Verts. The new app has been developed by Simplon, a coding school in Montreuil, Paris, but has benefitted from the financial support of its creator to the tune of 15,000 euros. 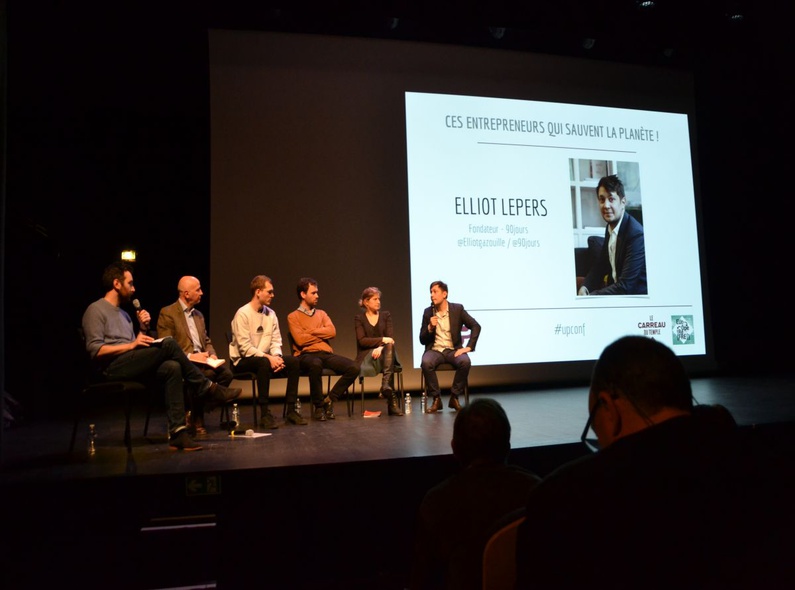 Today, less than a month before COP21, he has high hopes. The United Nations conference on climate change, beginning in Paris on the 30th November this year, will, according to Elliot, "harness the energy of so many young people who are tired of people talking about ecology in a clichéd, worn-out way. Young people who are very interested in the issues and who have a lot of things to offer the debate, like Alternatiba, Place to B or We Are Ready Now."

Elliot isn't put off by media coverage which criticises the talks for their superficiality. On the contrary, he thinks that the event is "a real diplomatic success," and that it will lead to people talking about climate issues much more frequently

"There will be more ecologists after COP21 than there were before it," he argues, "We have waited too long for politicians to lead us down a better ecological path, from now on it's up to citizens to guide them in the right direction." You have 90 days to make that change.