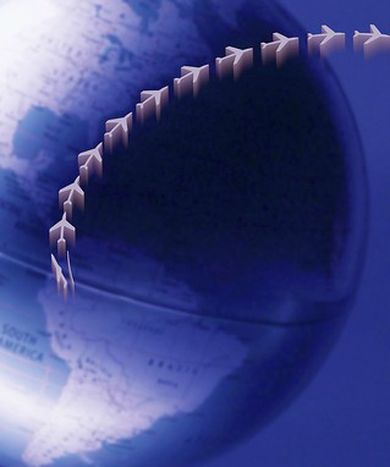 As from the latest presser sent by ELFAA - European Low Fares Airline Association -, it sounds that the EU institutions finally managed to make everyone happy. Or maybe just almost everyone. Because when a lobby such this one celebrates, well, I start feeling a bit less secure.

reached between the EU Presidency and the Parliament, as part of the Climate

Change Package, not to change their earlier agreement of June 2008 but to retain a

separate scheme for aviation in the EU ETS.

The compromise agreement of June 2008 led to a design for the aviation scheme,

effectiveness of ETS for aviation, there being no possibility of windfall profits. ELFAA

the compromise agreement has resisted the calls for progressive increases in

ambitious and will require many airlines to purchase more than 15% of allowances.

To make a real environmental contribution, it is clearly vital that all flights into and out

of the EU be captured. The removal of the risk of progressive increases in auctioning