Elections in Iraq: victory for democracy?

Continuing violence and instability in Iraq do not bode well for a democratic future. But a lot is riding on the success of the elections scheduled for January 30th 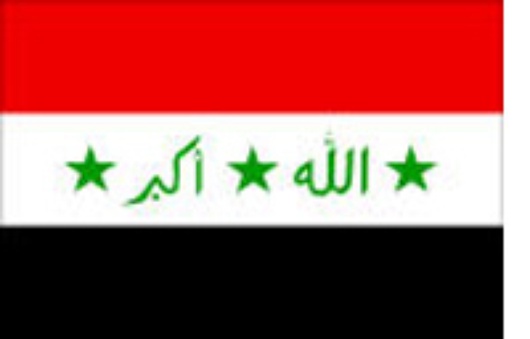 When they function optimally, elections in transitional regimes transform the competition for political power from a zero-sum game to a variable sum game. Peace and order replace violence and disorder as elites and masses recognise the advantages of power-sharing and participation under fair rules of electoral competition. The January 30th National Assembly election in Iraq is unlikely to produce anything of the kind. There is simply too little common ground between the interests of important stakeholders inside and outside Iraq.

The second Bush administration wants an election that it can proclaim is successful, as evidence of progress in Bush’s crusade to democratise the Middle East. It would also further the neo-conservative strategic objectives of making the region safe for Israeli and U.S. corporate interests. But given the strength of the insurgency in the Sunni Arab Triangle and the boycott of the election by Sunni Arab party leaders, declaring victory for democracy will be difficult. Physical insecurity, too few polling stations in certain areas, the absence of international observers and essentially unrestricted campaign spending promise to make it a very bad election. Focusing media attention on whether voter turnout was sufficiently high rather than on whether voting was sufficiently free and fair has been standard practice in Washington for decades. From the 1967 presidential election in South Vietnam to the 2004 presidential election in Afghanistan, voter turnout was the indicator of choice when announcing success. However, the anxiety that voter turnout may be too low or too uneven in Iraq to declare success even on that basis has been reflected in the administration’s efforts to set expectations very low. As a result, conducting an election of any sort under fire may be announced as a victory for freedom and democracy on January 31st. If that is the interpretation from Washington then something similar is likely to be heard from London and Rome because of British and Italian military deployments in Iraq.

But it is not only the Allies that have a vested interest in the elections. The Iraqi Interim Government wants the election to be accepted as successful to provide a small measure of the legitimacy it was denied with the hurried transfer of sovereignty on June 28th 2004. For the exiled Iraqi politicians who collaborated most openly with the Occupation, legitimacy is very important as they do not have substantial domestic constituencies. Consequently, their primary interest is in having Coalition military forces remain to protect them from violent reprisal rather than in establishing a democracy. Meanwhile, the fundamentalist Shi’a Arab clerics who have mobilized the Shi’a Arab majority have an interest in democratic elections that is entirely instrumental: they want to win a legislative majority in the new National Assembly because that is the shortest path to state power. Power sharing with their truculent Sunni Arab neighbours is likely to be far less rewarding than using the state apparatus of coercion to redistribute authority and oil revenues to their own benefit. Kurdish party leaders should be similarly disinclined to share power with the Sunni Arabs.

At the other end of the spectrum are Baathist and Sunni Arab fundamentalist insurgents, who have an equally unambiguous interest in disrupting the elections. Expect every blow struck against the election to be held up as both a military and propaganda triumph. Insisting on conducting an election on January 30th has exposed the deeper tragedy of Iraq: what is lost invariably exceeds what may be gained.